Chelsea players once again dominate your combined XI with Arsenal as the sides prepare to meet at Emirates Stadium.

You selected eight Blues players before the previous Premier League meeting in August - and though there are a few alterations, a clear preference for individuals from the Stamford Bridge side remains.

Here's how your final XI looks... 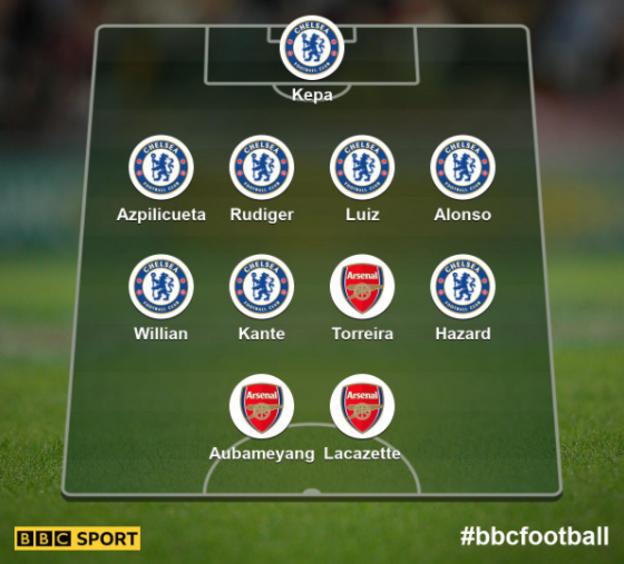 There are three changes to the line-up you selected five months ago.

Brazilian defender David Luiz replaces Chelsea team-mate Jorginho, despite the Italian being Blues boss Maurizio Sarri's rock in central midfielder and displacing N'Golo Kante - who is again selected in your XI - to a more attacking position.

Summer signing Lucas Torreira and forward Alexandre Lacazette are the two Arsenal players who appear to have impressed you since the beginning of the season, and they come in at the expense of Gunners midfielder Mesut Ozil and their defender Laurent Koscielny.

Koscielny has missed much of the season through injury, while Ozil continues to struggle for starts amid uncertainty surrounding his future at the club.

How it looked in August 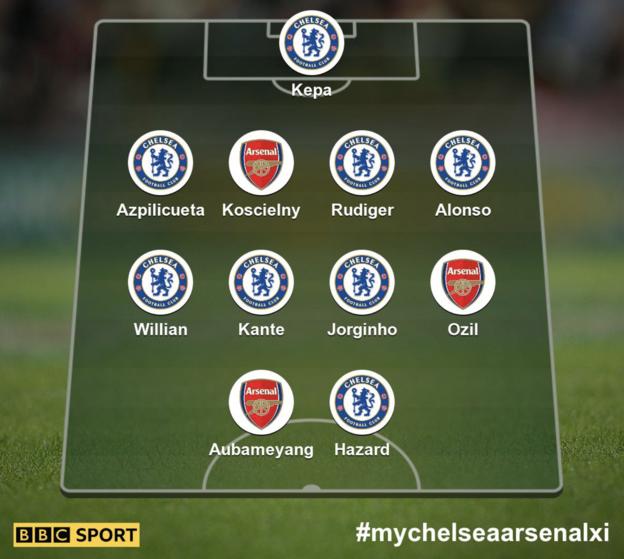 There were eight players from Chelsea in the most popular combined Arsenal-Chelsea XI selected by users before the teams met back in August.

That weighting appears to have been backed-up by the performances of both clubs since, with Maurizio Sarri's fourth-placed side starting this contest a position and six Premier League points better off than Arsenal. 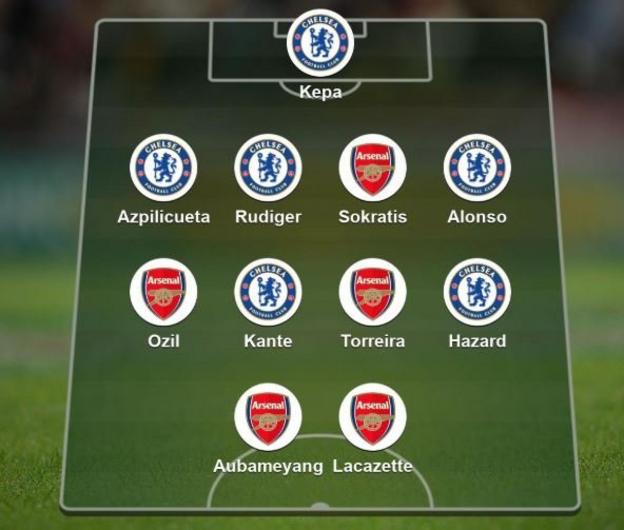 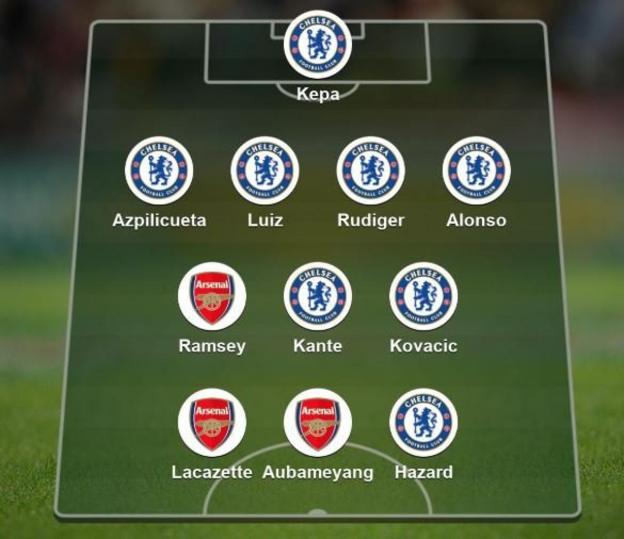 So who will be the most popular selections this time around?

You can select your strongest side from both squads, and share it on social media using #bbcfootball