Marcelo Bielsa said he could offer "no explanation" as 10-man Wigan dented Leeds United's automatic promotion hopes by coming from behind to win at Elland Road thanks to Gavin Massey's brace.

"Destiny gave us a red card, a penalty and 15 chances to score." Leeds boss Bielsa said. "We simply should have won that game today.

"I am sad at this defeat, but I am very motivated. We have had a good season, but it will mean nothing if we do not get promoted."

Wigan were a man light after just 14 minutes when Cedric Kipre was sent off for handling on the line and although Pablo Hernandez's penalty hit the post, Patrick Bamford put United ahead shortly after.

However, Massey scored either side of half-time to stun the hosts and move the lowly Latics five points clear of the relegation zone.

Leeds drop to third, level on points with second-placed Sheffield United but with a goal difference inferior to the Blades by six with three games remaining.

With Leeds and the Blades facing similar calibre of opponents in their run-ins, a day on which the Whites threw away three points against 10 men, having seen Chris Wilder's side beat Nottingham Forest 2-0 in a similar scenario, could be decisive.

The fact both sides have swapped positions several times in recent weeks indicates further twists and turns are still likely but here Leeds simply failed to respond to the gauntlet thrown down by their Yorkshire rivals.

Despite Leeds, as usual, bossing possession and registering a remarkable 36 attempts, it was Wigan who looked the more dangerous on their admittedly fewer incursions into the final third.

Leon Clarke twice went close in the opening 25 minutes, sending an early header wide, and similarly was narrowly off target with a lob after pouncing on Gaetano Berardi's short backpass.

In between those chances, Wigan went a man and a goal down when Kipre - perhaps harshly, with replays suggesting Bamford's shot hit his midriff rather than his hand - was sent off and Bamford's crisp finish ensured Hernandez's spot-kick miss was quickly forgotten.

Apart from a Tyler Roberts volley that was cleared off the line by Kal Naismith, Leeds failed to kick on and Massey drilled home an emphatic finish at Kiko Casilla's near post to draw Wigan level.

Massey nodded home a cushioned header from Clarke to silence Elland Road after the interval and Latics keeper Christian Walton made fine saves from Bamford, Ezgjan Alioski and Hernandez to preserve the points.

"Any explanation that I could give would be meaningless. It is not a game you could analyse, because you have a game like today's that you don't deserve to win - but you have to win.

"The result condemns seriously my work. If I look for reasons, I have no explanation that could justify a loss like today's loss.

"When we had a man sent off and then they have the penalty, the first thought was 'how much can we keep them down to?

"You would expect Leeds to go on and win the game comfortably, but great credit to the players.

"The last two games have shown the spirit they have and to take four points from Norwich and Leeds is brilliant, they deserve so much credit and respect.

"I do not think it was a red card or a penalty, when people watch it back they will have different opinions, but the referee needs to get things like that right." 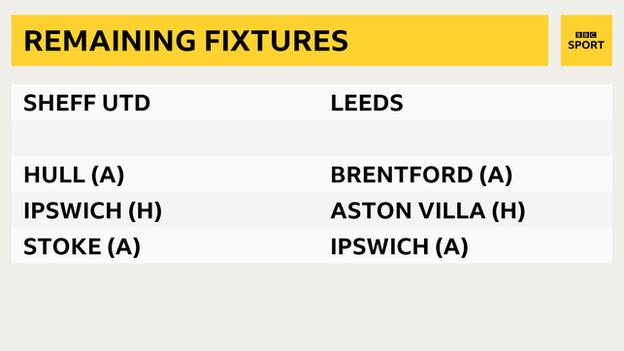