Southampton striker Shane Long scored the fastest goal in Premier League history when he netted after 7.69 seconds in Tuesday's draw at Watford.

Long's goal came straight after the Hornets kicked off as he blocked a Craig Cathcart clearance before lifting the ball over Ben Foster.

"The manager said to make a quick start and put them under pressure," Long said. "It's a nice record to have."

King scored after 9.82 seconds against Bradford in December 2000 and Republic of Ireland international Long, 32, said he was surprised to have set a new mark.

"Ninety-nine times out of 100 you don't block them clearances, but I did and took a touch across him," he said.

"Ben is an amazing keeper, he spreads himself so well so I knew before the game that the dink was a good finish against him - and it came off.

"Every game we try to force them into a long pass early and show intent from the first ball, I blocked it and it fell nicely.

"But I'm disappointed not to get three points, I think we did enough out there."

The goal was just Long's fourth of the season, with three of those coming in his past four appearances.

Saints boss Ralph Hasenhuttl said the early goal showed his side had listened to his instructions as they looked to bounce back from Saturday's 3-1 defeat at Newcastle.

"I think it was a very good signal after the Newcastle game when I wasn't happy with the first half. They listened, especially Shane Long!" the Austrian said.

"Will the record be beaten? I think it's not so easy - if you shoot from the halfway line you could do it but it's not easy." 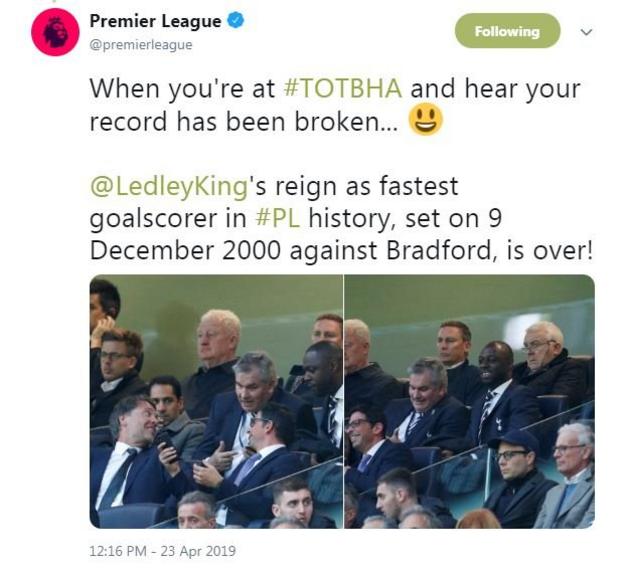