Chelsea winger Callum Hudson-Odoi says he is "feeling better" after surgery on a ruptured Achilles tendon.

The 18-year-old shared a video from his hospital bed on Wednesday, and seemed in good spirits despite his right leg being in a cast.

"Hi guys, thank you for all the messages of support you've been sending me; I really appreciate it," he said.

"I'm doing better and I'm feeling better, so thank you very much. It's road to recovery now. Thank you."

Hudson-Odoi played 24 times this season and made his England debut in March.

The teenager was taken off in the 41st minute of Chelsea's 2-2 draw with Burnley on Monday night, in what was his fourth league start of the season.

He will miss Chelsea's final three league games of the season, as they look to secure a Champions League spot by finishing in the top four, and the Europa League semi-final against Frankfurt, the first leg of which is on 2 May. 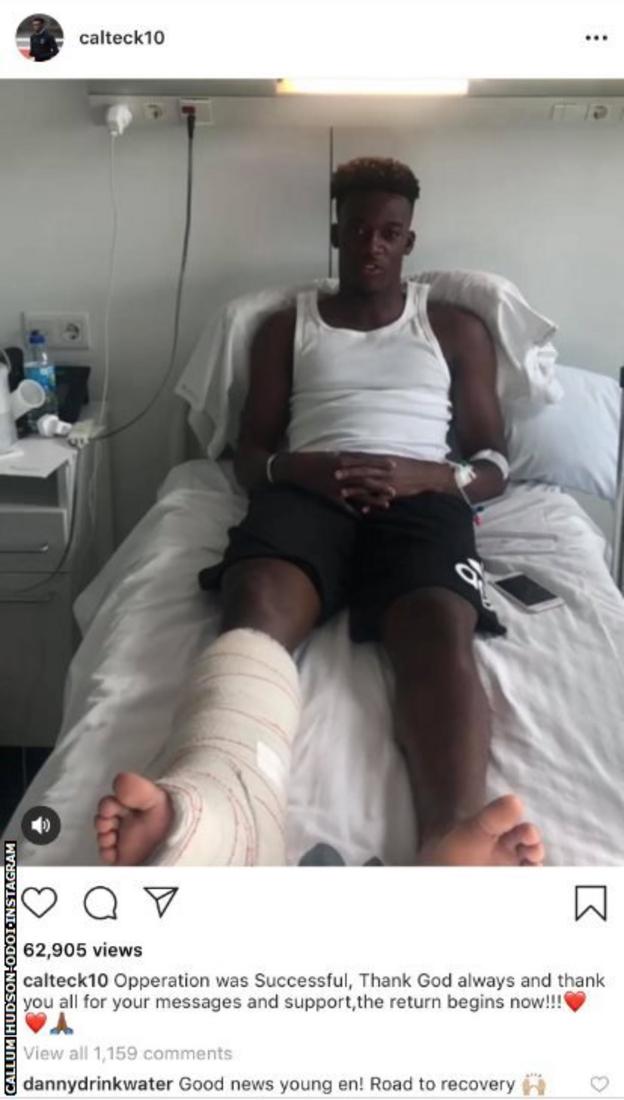