Shankland won the League One prize last term and has scored 33 goals this season, 23 of them in the league.

He trails Dobbie, who is on 40 goals, with 21 of those in the Championship.

McKay has scored 20 times for County and Safranko on 14 occasions for Dundee United. 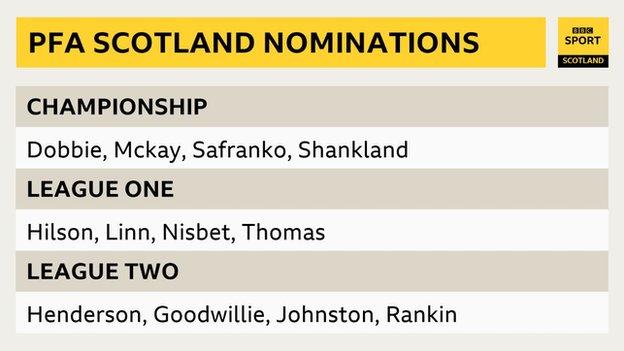