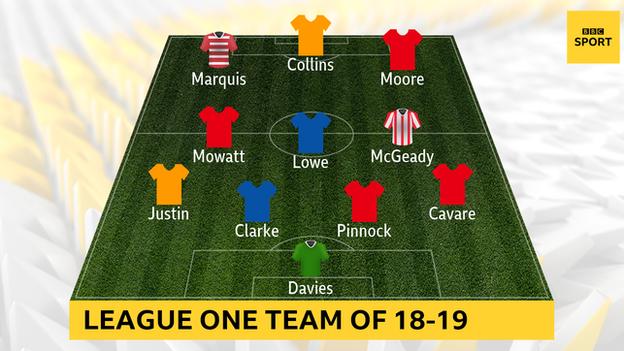 Barnsley have five players in the League One Professional Footballers' Association's team of 2018-19, three more than leaders Luton Town.

Luton have full-back James Justin and striker James Collins - the division's top scorer - in the team.

Barnsley are in their first season under head coach Daniel Stendel and have the meanest defence in the division having conceded only 36 goals.

They are second in the table with two matches to play - three points behind Luton. Portsmouth are a further point back but have a game in hand.