The Stadio Olimpico was an emotional place on Sunday night.

It wasn't just because Roma failed to qualify for next season's Champions League - it was also because manager Claudio Ranieri and captain Daniele de Rossi said a tearful goodbye to the club.

Earlier this month, Italy World Cup winner De Rossi, 35, announced he would leave the club after 18 years during which he scored 43 goals in 458 appearances.

Ranieri, 67, replaced the sacked Eusebio di Francesco in March, just eight days after he was fired by Fulham, but was only appointed until the end of the season.

Roma fan Ranieri started his senior playing career at the club in 1973 and also managed them between 2009 and 2011.

Roma beat Parma 2-1 but Atalanta and Inter claimed the coveted third and fourth places as Ranieri's side finished sixth in Serie A. 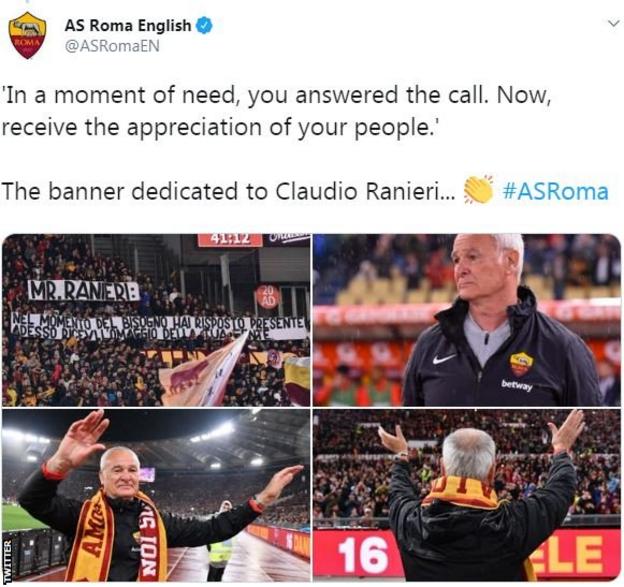 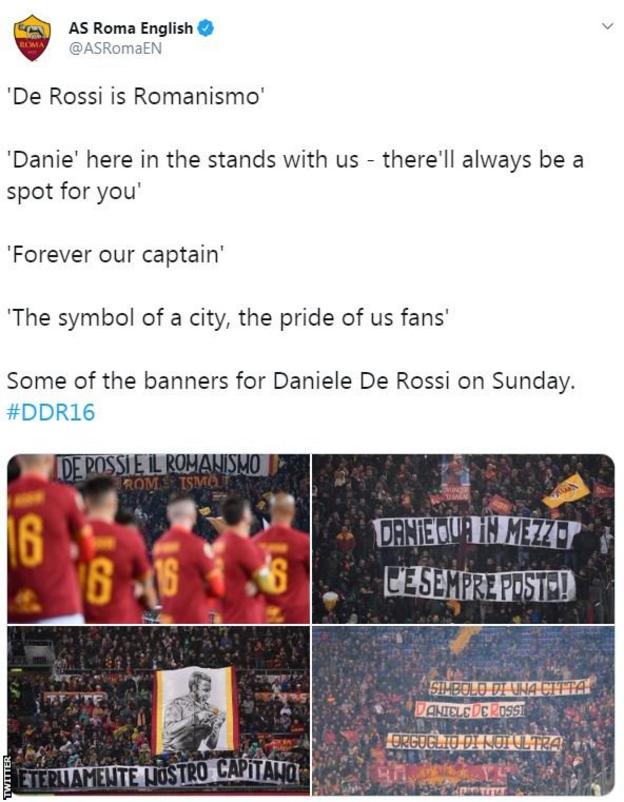