We have just witnessed the biggest World Cup victory ever - in the men's or women's event - as the United States mercilessly hammered Thailand 13-0.

A statement of intent from the champions? Or should they have shown some mercy against the tournament debutants? Does having such a weak country in the tournament belittle the World Cup at all?

The 2015 winners were 3-0 up at half-time, scored four times in 10 minutes in the second half and then added six more goals in the last 16 minutes. Alex Morgan got five herself.

And they celebrated each goal as if it was a game winner. So was it in bad taste or not?

Much like Daenerys Targaryen in the final season of Game of Thrones, the United States had to decide which approach to take. And we got our answer... 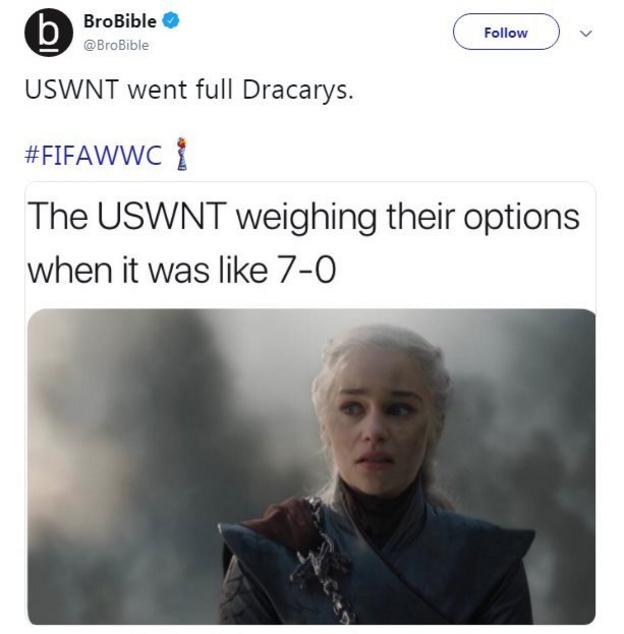 With 256 caps and 184 goals for the United States, legend Abby Wambach's opinion is as relevant as anyone's. And she points out that if you score at a World Cup, you're going to want to celebrate it. 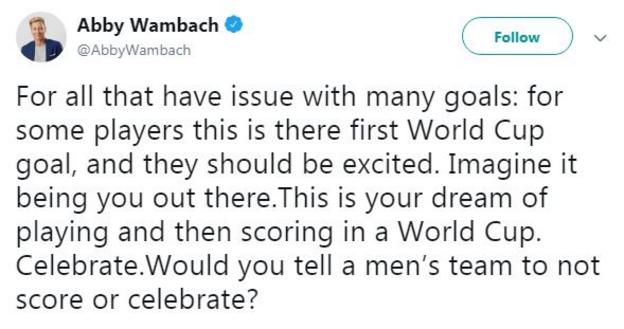 But should Thailand even be in the World Cup? England's Eni Aluko is not convinced - and she had no problem with the US going for more and more goals. 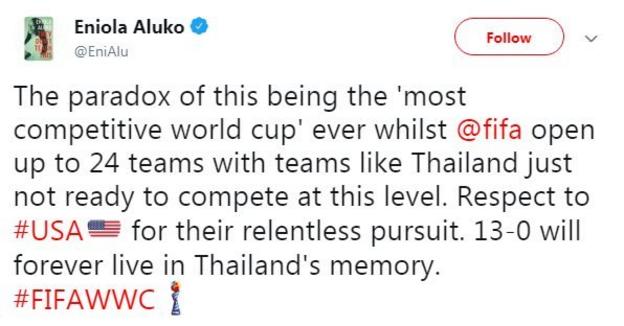 The Juventus player added: "For those tweeting me about this not being a good advert for women's football. Folks it's Thailand, with the greatest respect. They're giving as best as they can. It's also the job of #USA to win, not to make football more comforting for you." 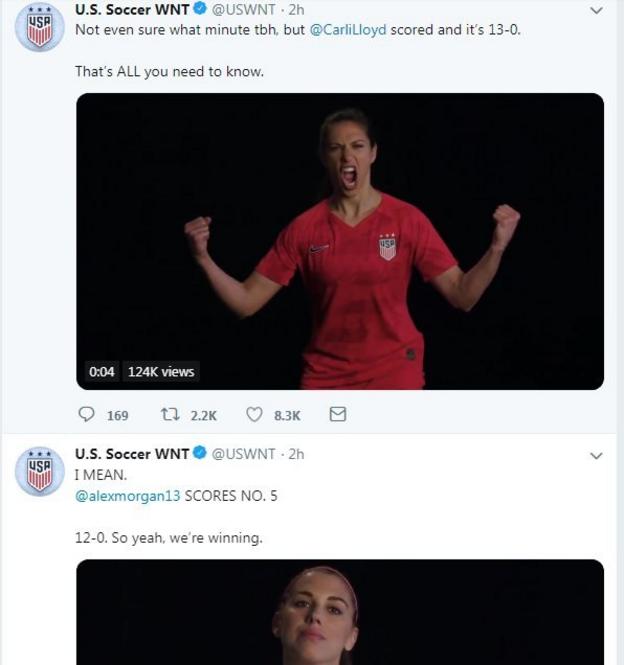 BBC TV presenter Olly Foster pointed out the US had a goal disallowed too. 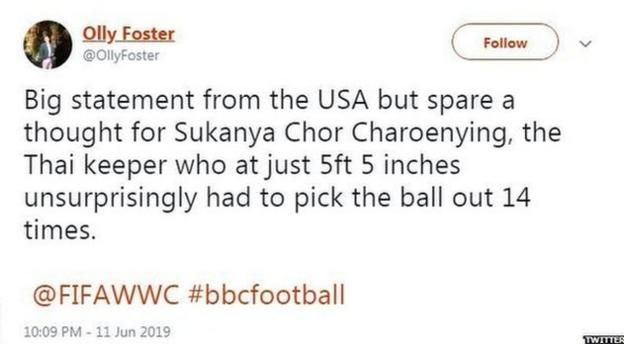 Here's what you had to say on social media too. 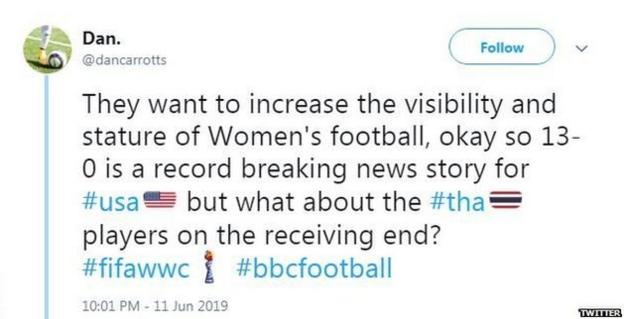 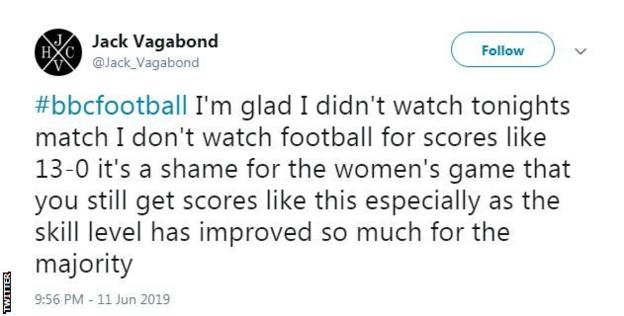 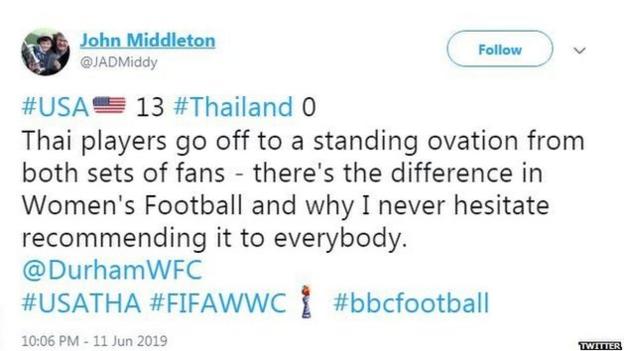 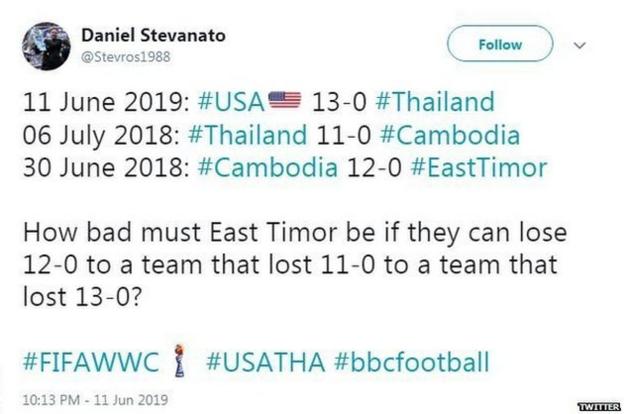 It was not just Thailand that the US showed no mercy to, it was journalists who had to describe each goal as well...

At 3-0, it was a relatively quiet first half and it was looking like a comfortable night but incredibly the USA netted 10 times in the second half.

In the space of six minutes, four entries were back-to-back goal flashes and at 7-0, the brackets were pulled out to signify (seven) as it would on the old Grandstand vidiprinter.

On 73 minutes, I joked there had not been a goal for 15 minutes - which was asking for trouble - as the USA plundered six more goals in the final quarter of the game.

Close to the end, I asked whether the USA were within their right to keep going or whether they were being disrespectful, and BBC Sport readers had their say:

And there was still time for Carli Lloyd to make it 13 - leading to a goalflash, on average, every seven minutes.

Time to give the fingers a rest.