When you claim you're "like a Ferrari" in a league full of "Fiats" you'd better back it up.

Well yet again, Zlatan Ibrahimovic has proved he's as good as his word.

Earlier in the week, the 37-year-old LA Galaxy striker was asked whether he was still the best player in the MLS, given Los Angeles FC forward Carlos Vela is the top scorer this season.

So on Friday night the two strikers featured on opposite sides of the Los Angeles derby - 'El Trafico' to locals - and you can probably guess what happened next.

Vela scored twice to take his tally to 21 goals for the season. Ibrahimovic scored a hat-trick. And a perfect hat-trick at that - right foot, left foot, header.

"When you play against a rival like that, in a full stadium, I get pumped. I get adrenaline. This is considered to be the biggest game in the league and I show up in the biggest games," said the Swede after the match.

"I am in play-off mode every day."

In a press conference after the game, Ibrahimovic told the media: "I have a lot of respect for Vela. But you did one mistake, you compare him with me. That was your biggest mistake."

The former Manchester United, Inter and Ajax striker now has 41 goals in 44 MLS games and 520 career goals across all leagues.

He opened the scoring with a volley over the head of two LAFC defenders, letting the ball bounce before blasting a long-range effort into the back of the net.

And he's got history in this fixture - he made his MLS debut in March 2018 against LAFC, scoring two goals including a 91st-minute winner. 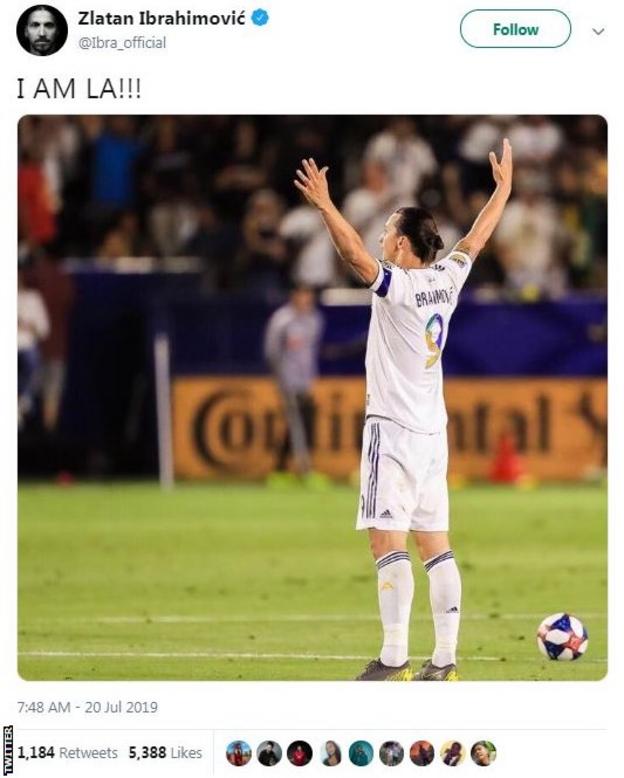