AZ Alkmaar will launch an investigation after part of the roof at the AFAS Stadium collapsed on Saturday.

The Dutch Eredivisie club's general manager Robert Eenhoorn confirmed there were no injuries sustained when a large section of the roof fell onto seating below amid high winds.

AZ were not playing at the time and visit RKC Waalwijk on Sunday.

"This surprised us all. We are very shocked but especially happy that there was no human suffering," said Eenhoorn.

"In the coming days we will conduct a study with experts in this field. Only when that investigation has been done can we elaborate on the matter. It is much too early for that now."

AZ's next home game is a Europa League third-round qualifier against Ukraine's FC Mariupol on 15 August. That is followed three days later by a home Eredivisie match against FC Groningen.

However, Eenhoorn says it is too early to confirm whether those matches will be able to go ahead at the ground.

"No matches will be played in the stadium if the situation is not safe," he said. "As soon as more is clear about our upcoming duels, we will report that as soon as possible." 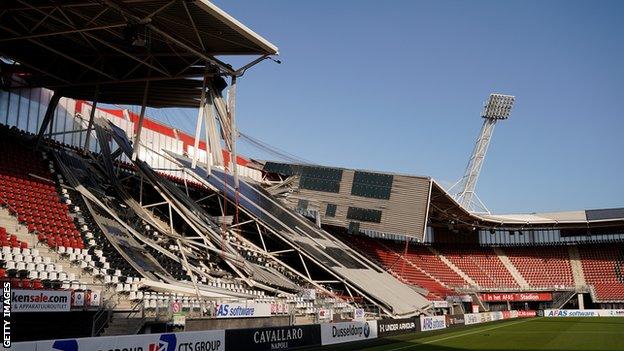 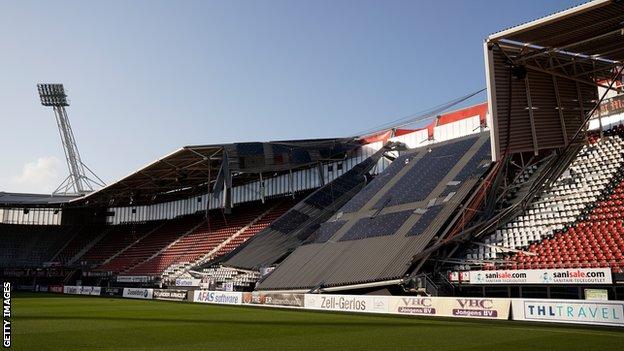