Corinthians have become the first professional women's team to equal the world record for the number of consecutive wins by a top-flight side.

The Brazilian side beat Ferroviaria 4-0 on Sunday to claim their 27th win in all competitions.

They now jointly hold it with the Welsh Premier League's The New Saints (TNS).

TNS broke Ajax's 44-year record in December 2016, but Corinthians can set a new record by beating Sao Jose at home on Wednesday.

The Serie A1 leaders have scored 95 goals in their winning run since 26 March, conceding only eight.

They have scored five or more goals in six of those matches, including a 9-0 win over Sao Francisco last month. 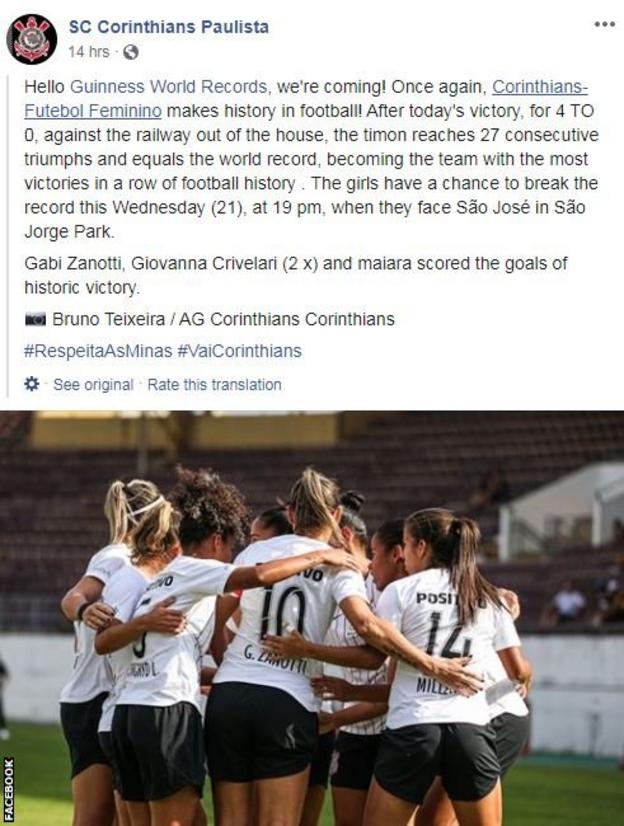