Lys Mousset has to work on his physical condition to become a regular starter, said Sheffield United manager Chris Wilder after the striker scored for a second successive game to earn a point at West Ham.

The £10m summer signing began from the bench for a sixth league game this season despite scoring the winner against Arsenal last Monday in his first start.

"After scoring the winner against Arsenal he should have been a shoo-in to start today, but we felt he needed a couple more days to recover, so kept him on the bench.

"He has showed us his talent in glimpses, but he can certainly be a threat in this division."

Mousset was brought on in the 63rd minute and found the net six minutes later when his side-footed volley bobbled past the reach of keeper Roberto Jimenez.

The Hammers had taken the lead just before the break when Robert Snodgrass fired low past Dean Henderson, after the Blades failed to deal with Jimenez's punt upfield.

Snodgrass saw another effort come back off the post, and team-mate Andriy Yarmolenko fired a shot fractions wide in stoppage time.

West Ham and the Blades now both have 13 points from 10 games, with the Yorkshire side two places higher thanks to goal difference.

This was another mature display from the promoted side, whose manager Chris Wilder has been lauded for his tactics this season.

They were difficult to score against in the Championship last season and the current joint-second best defensive side in the Premier League are making it as hard against a higher standard of opponent.

West Ham had 10 corners on Saturday, but did not test Dean Henderson with any of them as the keeper's backline time and time again cleared the first ball.

The one major error led to the West Ham goal, when Enda Stevens failed to deal with Jimenez's goalkick allowing Felipe Anderson to set up Snodgrass.

At the other end, David McGoldrick's backheel flick forced a good save from Jimenez, and Callum Robinson would have found the net had he connected with a cross with his head instead of his shoulder.

The visitors deserved to level in the 69th minute. Issa Diop's defensive header was nodded by Stevens into the path of Mousset who placed a first-time volley into the bottom left of the goal.

That is now only two points from 12 for the Hammers, although this was a much improved display from the ones against Everton and Crystal Palace.

Snodgrass, back in the starting line-up and making only his second league start this season, was arguably the best player on the pitch. The Scottish midfielder was a threat on the left throughout the match and a bigger threat in the area, underlined by his well-taken goal and near-miss after the break.

Brazilian playmaker Felipe Anderson also produced a good performance and was unlucky to see his low dipping effort drift past the far post in last few moments of the match. 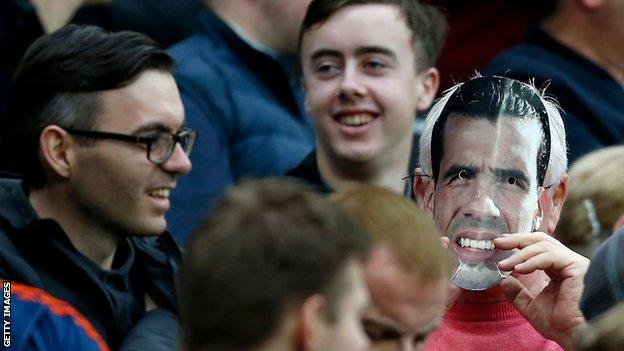 There was a bit of light-hearted ribbing in the home sections as some Hammers supporters wore Carlos Tevez masks.

The Argentine forward scored the winner for West Ham against Manchester United on the last day of the 2006-07 Premier League season as the Hammers stayed in the top flight and Sheffield United went down.

The Blades and other rival clubs insisted the summer signings of Tevez and his compatriot Javier Mascherano were illegal because of the issue of third-party ownership.

The Hammers were eventually punished financially, but were not docked points.

'We had chances to win it' - reaction

West Ham manager Manuel Pellegrini speaking to MOTD: "In football you must score. We dominated the game and tried to create options to score.

"We had two or three chances and must decide the game by scoring. We didn't and lost two points.

"I am happy with the attitude of the team. It's not easy to create chances against Sheffield United but we did. In the second half we didn't do it as much.

"But the points dropped at home - today and in our last match against Crystal Palace - can make the difference in our season.

"Today we had the feeling we can do it better because we dominated part of the game and had chances to win it."

The Blades host Burnley and the Hammers are at home to Newcastle, both on Saturday 2 November at 15:00 GMT.