"Carlos Tevez! It was bound to be him!"

When the Argentine striker scored the winner for West Ham against Manchester United at Old Trafford on the last day of the 2006-07 Premier League season, it saved the Hammers as Sheffield United went down.

But Tevez's controversial role in that season's narrative went way beyond his seven goals in 10 games - and means Saturday's West Ham v Sheffield United fixture has been billed as an unlikely grudge match with 13 years of baggage.

On transfer deadline day in August 2006, the mid-table London club sprung a huge surprise by signing two of the world's most sought-after young players - Argentine duo Tevez and Javier Mascherano.

The move would enrage rival clubs, who claimed foul play over third-party ownership as the Hammers staged a 'great escape' and the Blades went down.

"The sense of grievance at the time was so deep," says Alan Biggs, a reporter who has covered Sheffield United for more than 40 years.

The Blades insisted they were victims of a relegation rival gaining an unfair advantage by breaching the rules that barred third parties - agents, typically, or a company or investors - from holding a stake in the financial rights to a player.

Yet 180 miles to the south, there was corresponding bitterness over the reaction of the relegated club, who imploded on the field and then pursued compensation off it.

"A lot of West Ham fans are still annoyed with what is perceived as a hypocritical stance taken by Sheffield United," explains Graeme Howlett, editor of the Hammers fanzine Knees Up Mother Brown, referencing the investigation into Steve Kabba's move to Watford from the Blades.

"It was still in their hands - they could have got enough points. It was a bit like Brexit in a way - they wanted to keep going until they got the result they wanted."

Mascherano barely featured for the Hammers all season, while Tevez only turned match-winner towards the very end.

But West Ham, bottom of the table and 11 points adrift of Sheffield United with nine matches to go, won seven of them, including an unlikely 1-0 victory at champions Manchester United on the final day.

Sheffield United, needing only a draw at home to relegation rivals Wigan, lost and were relegated. They subsequently slid into League One before their recent resurgence, while the Hammers, in contrast, have only spent one season since outside the top flight.

"There was a real enmity and hostility that extended from the boardroom. It was a huge sliding doors moment. It took Sheffield United 12 years to get back," says Biggs.

West Ham eventually paid £20m in compensation, having initially being fined £5.5m rather than being docked points.

An arbitration panel said the club had not only deliberately breached the rules but committed a grave breach of trust and been responsible for "dishonesty and deceit".

Who were the main players?

Carlos Tevez: The striker did not score for six months after signing then got seven in 10 games. Voted Hammer of the Year by fans. Left for Manchester United and later switched to Manchester City.

Javier Mascherano: A defensive midfielder, he was largely kept out of side by Hayden Mullins. Loaned to Liverpool in the January window and played in their Champions League final defeat.

Kia Joorabchian: Iran-born businessman and agent, educated in London. Boyhood Arsenal fan, once reported to be interested in a potential West Ham takeover. Engineered the duo's move from Brazilian club Corinthians and was linked with companies that owned their contracts.

Alan Pardew: Led the Hammers to the brink of an FA Cup final win against Liverpool before a penalty shootout defeat in May 2006. Dismissed in December 2006.

Alan Curbishley: Replaced Pardew for the remainder of the 2006-07 campaign, but left West Ham three games into the 2008-09 season.

Kevin McCabe: Sheffield United chairman fought for compensation before reaching an out-of-court settlement, which he believes actually saved the West Ham from going bust. Recently lost control of the club in a power struggle with Saudi's Prince Abdullah.

Eggert Magnusson: Icelandic biscuit baron who took over West Ham from chairman Terry Brown. "I think Pardew is a great manager," he said on arrival in November 2006. Sacked him three weeks later and stayed a year before selling up amid financial crisis. 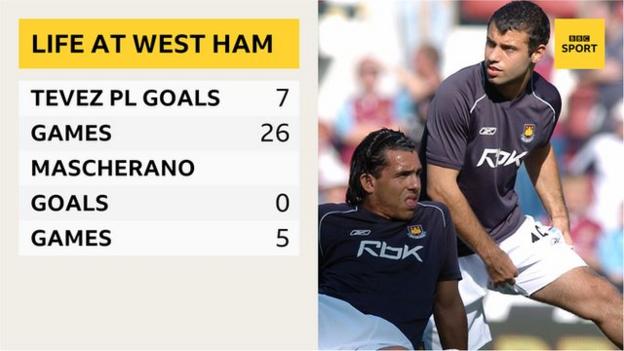 The deal that shocked football

Tevez and Mascherano, both 22 and reportedly targets of Chelsea, Arsenal and Manchester United after starring in the 2006 World Cup, only knew about the deal two days before it took place.

"They were like rabbits in the headlights. Neither of them spoke much English, and it was quite clear Pardew hadn't known a great deal about it all," recalls Howlett.

"I guess there was always a feeling of disbelief at how they had managed to pull off the signings and whether it was entirely above board."

West Ham were found guilty in April 2007 of acting improperly and withholding vital documentation, but Tevez was allowed to continue playing and his part in the Hammers' survival rankled with the Blades.

"I remember writing a piece that [Sheffield United] were hopeful of being reinstated, and also that Neil Warnock was considering suing West Ham. It was such a drawn-out affair," remembers Biggs.

Howlett says initial excitement at the double-transfer was tempered as Hammers fans realised Tevez did not look totally fit.

"Who knows? If we had played Marlon Harewood instead, we might not have been in that relegation position in the first place," he says. "But it was just ridiculous what happened at the end of that season. It will never be repeated."

So what can we expect at the weekend? 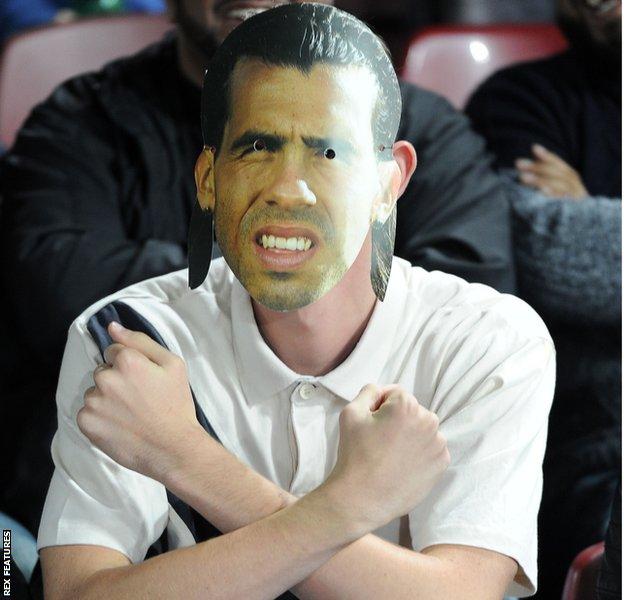 The teams have only met once since, in a League Cup tie five years ago, which away side Sheffield United won on penalties.

"There's likely to be some lingering animosity between the two sets of supporters," says Howlett. "We were seen by other fans as a club that had cheated.

"I'm sure there will be chants of 'one Carlos Tevez' and fans wearing Tevez face masks, but probably no more than that."

Asked whether Saturday's game might have extra spice, Blades manager and Sheffield United fan Chris Wilder said: "I think it does but there's a lot of water gone under the bridge since and it's a long time ago."

"The relationship between the two clubs had been friendly, and I'm sure it will be again," adds Biggs.