The League Cup has become something of a testing ground for some of the Premier League's most promising young players.

This Wednesday, some will get an opportunity to shine in high-profile settings as four of the top-flight's 'big six' face each other in the fourth round.

BBC Sport speaks to fans from Arsenal, Chelsea, Liverpool and Manchester United about a teenage talent at their club who has the potential to make a name for himself. 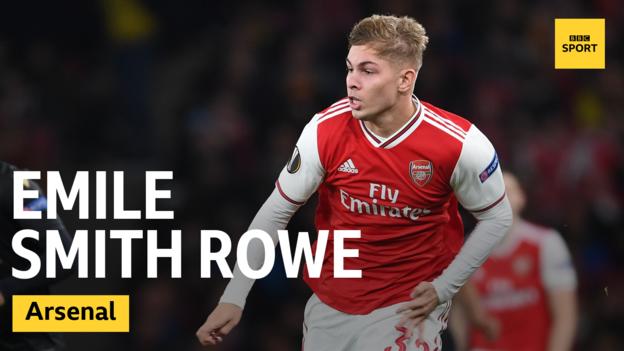 Kevin Whitcher, from The Gooner: "When Arsenal fans look at Smith Rowe, what we see is potential. His performances in the Under 23 side have been notable, but he's not the first such youngster to look good below first-team level, so there isn't the huge buzz about him yet.

"He is a tidy attacking player, capable of Mesut Ozil-type creative moments and he has an excellent ability to find space. He is definitely willing to work hard, especially if he is played wide, although his most natural position would seem to be behind the front man, from where he can influence the play more.

"His development is entirely dependent on exposure. So far, he has looked good in flashes, but it's obvious he is not yet good enough to replace older options Unai Emery has at his disposal. He's only 19 though, so time is on his side.

"The benefit of his experience of a few months on loan at Red Bull Leipzig last season was tempered by his being injured for too much of his time in Germany, and there is a feeling he is a little too prone to injury to become a first-team fixture going forward.

"It's a case of the jury being out, and it will remain so until Smith Rowe starts to rack up more regular appearances. This should happen if he can remain fit and Arsenal continue to progress in the both the domestic cups and in Europe.

"He could then make a case for greater Premier League involvement and potentially save the club some money in the transfer market." 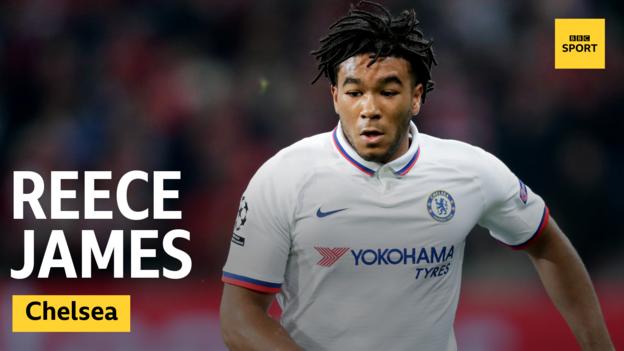 Ross Mooring from Chelsea Fancast: "Frank Lampard will be chomping at the bit to face Man Utd on Wednesday. Not only will he be looking for revenge for the opening day defeat at Old Trafford, but a League Cup fixture offers the chance for him to blood even more youngsters.

"One name Chelsea fans will be looking for on the teamsheet is Reece James, who spent last season at Wigan and was arguably Chelsea's best performer of the players they loaned out.

"James has only recently returned from injury and currently has his path blocked at right back by seasoned performer and club captain Cesar Azpilicueta. He is an all-action right back in the modern mould, allying technical ability with an athletic, stocky frame. He is capable of getting forward, can defend with tenacity and also offers positional flexibility. James scored in the last round and needs to get some games under his belt before challenging Azpilicueta for a regular first-team spot.

"Other Chelsea young guns who will likely feature, if not from the start then as substitutes, include Marc Guehi, Billy Gilmour and of course Fikayo Tomori and Callum Hudson-Odoi as well as Tammy Abraham and Mason Mount." 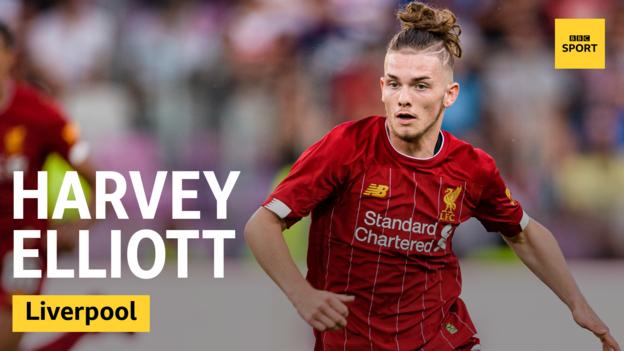 Ross Chandley from The Redmen TV: "Throughout the history of Liverpool Football Club there have been some sensational youngsters to work their way through the ranks, some of which didn't quite make it while others went on to be world class. It is obviously too early to call in Harvey Elliott's career, but there is a growing sense the 16-year-old could very much turn out to be the latter.

"There is an air of excitement within his style of play - his ability to inject a sudden burst of pace combined with the confidence to take on and mesmerise any opponent that stands in his way. In the short glimpses we've seen of him, he also possesses a wide range of quality in his delivery of passing.

"The winger has found regular playing time in Liverpool's youth set-up making a total of 12 appearances, scoring once and assisting five times - three of which have come in the Uefa Youth League, a competition in which Elliott has shone.

"As breathtaking as Elliott is, he still needs to develop his game, but this isn't a criticism given his age. Being within the youth set-up, gaining valuable experience and settling into life at Liverpool can only benefit him.

"He finds himself down the pecking order right now and I feel he needs to earn the right to be in the mix. Filling the boots of the front three isn't easy.

"Domestic cup runs are not only essential for Liverpool but also for Harvey and his career. Being on a bigger stage, playing at Anfield and developing a rapport both on and off the pitch with senior players are all objectives he will set himself and hopefully meet.

"With the right mentality and support around him, I believe he can achieve all of those and much more." 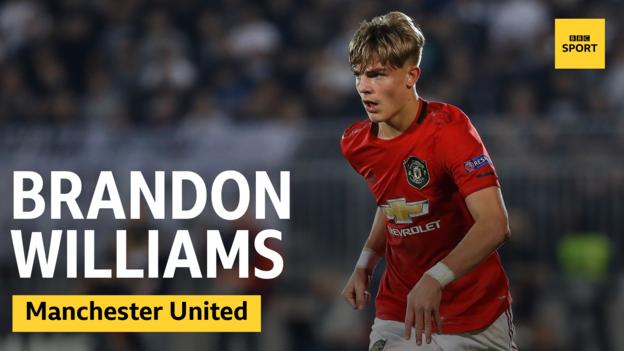 Barney Chilton from Red News: "One of the few positives of the season so far has been the lively appearance of youth - a link to our history, with some hope for the future.

"While Mason Greenwood has been understandably noted, and James Garner looks another positive, Brandon Williams has given as much encouragement as any with his composed displays in the Europa League, a competition that will hopefully give further opportunity to blood the youngsters in the rest of the group stages.

"Williams has looked confident, assured with the ball and a - vital ingredient for the modern full-back - good and pacey going forward.

"A season of transition allows for such hopeful cameos and whilst we have of course been burned with the weight of too early expectation such as with Adnan Januzaj, this looks the best set of youngsters we have had coming through in over a generation. One of them could really grasp the opportunity and surprise outsiders which then shows those around them that they too can grasp their chances.

"Williams is a talented prospect, and no wonder [head of first-team development] Nicky Butt has - with that note of caution - been talking up this core of youngsters for a while now. Williams made his United debut and then got a new deal in a short space of time, and has not looked fazed by what has at times been a circus around him.

"Williams can also push Luke Shaw ahead of him. He can score, has been captain in the youth team and is an option to play on the right side as well as left to add versatility. So far, so good."