Hearts and Hibernian have played 20 Scottish Premiership matches between them so far this season and won just one game each.

Each have drawn five times and lost four, amassing just eight points. It's not how anyone would expect either Edinburgh club to start a league campaign, never mind both.

Both sides sit just a point off the bottom of the division and face potentially season-defining encounters on Wednesday, with Hibs hosting Livingston and Hearts travelling to play St Johnstone.

But why are both clubs struggling?

Attendances, budgets and expectations will tell you that Hearts should be challenging for third place each season. But their form this campaign perhaps should not come as a surprise.

After the first 10 league games last term, Craig Levein's side were top of the Premiership with 25 points. But, in the 38 games since, they have earned just 34. That tally would have them in a relegation play-off in four of the last six seasons.

On top of that, Tynecastle has become a happy hunting ground for many Premiership sides, with Hearts not winning at home since a 2-1 victory over Aberdeen at the end of March.

In the eight home league games that have followed, they have drawn three times and lost on five occasions. Teams including Ross County, Hamilton Academical and Motherwell have all left Tynecastle with positive results over this period, with Hearts squandering leads in three of the games.

And what about Hibs?

Hibs have had similar issues holding on to an advantage in games. In the nine league games Paul Heckingbottom's side have failed to win this season, they had lead in six of them.

Saturday's 2-2 draw against Ross County was the latest in that series, with two goals in the last quarter by the Highlanders denying Hibs a first league win since the opening game of the campaign.

This follows a trend of not only squandering leads but conceding late goals. Eight of the 20 that Hibs have conceded in the league have come in the last 10 minutes of a game.

That inability to shut up shop has led to them dropping seven points, including a loss against Hearts and two draws with Aberdeen and St Johnstone, as well as Saturday's draw against County.

Without the concession of those late goals, Hibs would be fifth in the Premiership. 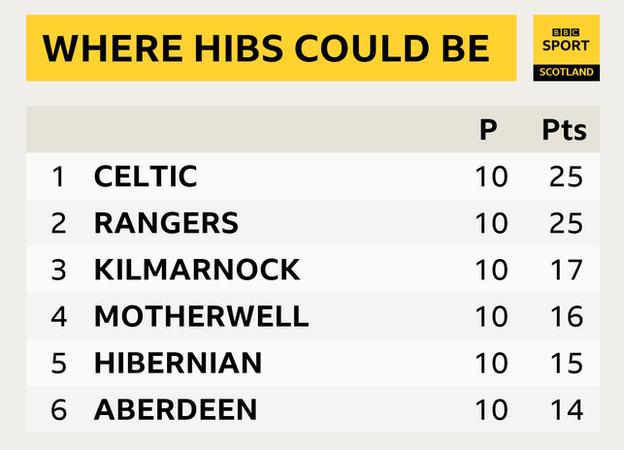 What do the pundits say?

"It's not like his team are being battered week in, week out. They're getting themselves into winning positions, but they aren't managing games properly and seeing them out when they are in the lead. If they can see out a game then things might change for them, but at the moment, it's simply not good enough."

Former Hearts midfielder Allan Preston on Sportsound: "I'll be as critical with Craig Levein as I was with Ian Cathro. My gripe is with a Hearts manager not picking up a home win in seven months and not being able to motivate his team.

"Both managers have a lot of money to spend, and for both teams to have picked up two wins in 20 games between them this season it is nothing short of a disgrace."

What's next for each side?

Heckingbottom will be hoping to ease the pressure before Saturday's League Cup semi-final against Celtic when Hibs face Livingston on Wednesday, with four of the subsequent league games coming against opposition that finished in last season's bottom six. 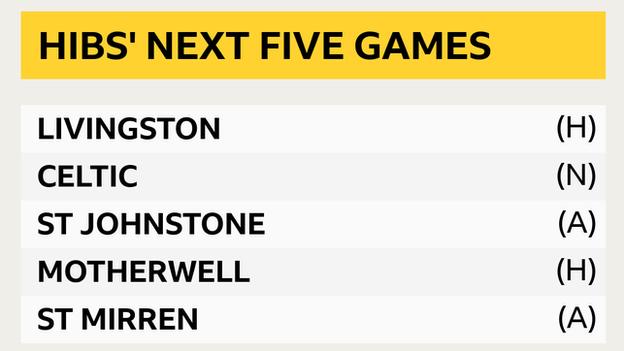 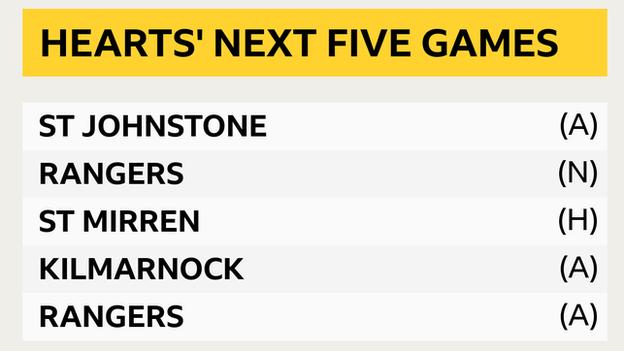