Jack Grealish has always had an eye for the spectacular.

Last season, there were stunning goals against Rotherham and Derby while Aston Villa were in the Championship.

But Sunday's opener at Old Trafford - curled into the top corner of David de Gea's net - during the 2-2 draw against Manchester United showed he can perform against top opposition.

No English midfielder has been directly involved in more goals than the seven he has created this season (three goals and four assists).

So why is the 24-year-old Villa skipper, who switched allegiance to England in 2015 after representing the Republic of Ireland at youth level, not yet in the reckoning?

With Euro 2020 looming next summer, however, Grealish has time to make the type of impression he made in controlling the game at Old Trafford on Sunday a regular occurrence.

His performances and statistics suggest he can offer something different to others in contention.

Where does Grealish excel?

Grealish does not see himself as a left winger, but his trademark runs from midfield tend to come from the left side of the pitch and he enjoys bearing down on the opposition defence.

That is if he gets that far. Opponents recognise his danger - he was the most-fouled player in the Championship last season (161 fouls), and that record has continued this campaign in the top flight with 53 so far.

It doesn't put him off, however. Of English players that have attempted 20 or more dribbles this season, only Declan Rice (76%) and Andros Townsend (68%) have a higher success rate than Grealish's 65%.

In both those aspects, he is more successful than Alli, Oxlade-Chamberlain, Mount, Maddison and Barkley.

But it's the improvement in his end product which has made the difference. Villa boss Dean Smith said after the draw at Manchester United: "What he needed to improve on was goals and assists and he's starting to do that now.

"He's pushing the people who choose the England squad every time he pulls on a Villa shirt and that goal topped it."

Would he have been picked for England if he played elsewhere?

Grealish has played well for the past three seasons, but they have all been in the Championship and were broken up by injuries. Now he is back in the top flight, the calls for the former England Under-21 player to make the senior squad have grown louder.

Former Birmingham midfielder Robbie Savage believes that Grealish is "bigger" than Villa, but Smith rejects the notion that he needs to leave the club to gain England recognition.

He points out that Tyrone Mings - scorer of the other goal against United - is already in Southgate's plans, although competition for a place in midfield is far greater than central defence.

Smith said: "All Jack can control is his performances and if he keeps performing the way he is, he puts more pressure on the people choosing those squads.

"Jack is getting better and better. He is a top player and when you have top players you get performances like that at Old Trafford. I thought he was good at Manchester City and we missed him against Liverpool."

In that regard it shows that complacency is not an issue for a player who struggled with professionalism earlier in his career.

Where would Grealish play for England?

Given that Southgate is well stocked for attacking midfielders, could there be a place for Grealish as a deeper-lying player?

If it's taken that Harry Kane will start as striker, it might be easier for the Villa player to slot into midfield if England choose to have one defensive midfielder or if Grealish sits alongside the likes of Declan Rice or Jordan Henderson.

Could he also play on the left of a three-man midfield like that Southgate picked for their last game against Kosovo?

Any option would not appear to be beyond Grealish, who is making his mark at a great time for his club and potentially his country. 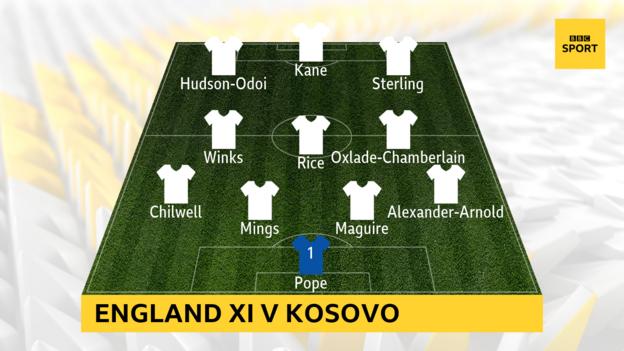