The first blow in Sunday's London derby has been emphatically struck by Chelsea.

We asked you to select your combined starting XI from the squads of Arsenal and Chelsea, and the result saw eight Blues players picked and just three Gunners getting the nod.

A crumb of comfort for Arsenal fans is that striker Pierre-Emerick Abameyang was the most picked player, appearing in 91% of teams. He just edged out Chelsea midfielder N'Golo Kante for top spot.

The most competitive position in the team was between the goalkeepers, with Chelsea's Kepa Arrizabalaga narrowly beating Bernd Leno to the spot.

And the unluckiest man was Tammy Abraham, who was the fifth most selected player, but was predominantly picked in the same position as Aubameyang, so misses out.

The results are accurate as of 12:30 GMT on Sunday, 29 December. But you can still have a go at picking your team at the bottom of the page...

Who did BBC Sport pundits pick?

BBC Sport pundits Alex Scott and Kevin Kilbane selected their combined XIs, choosing only players who are not injured. Check their selections out below. 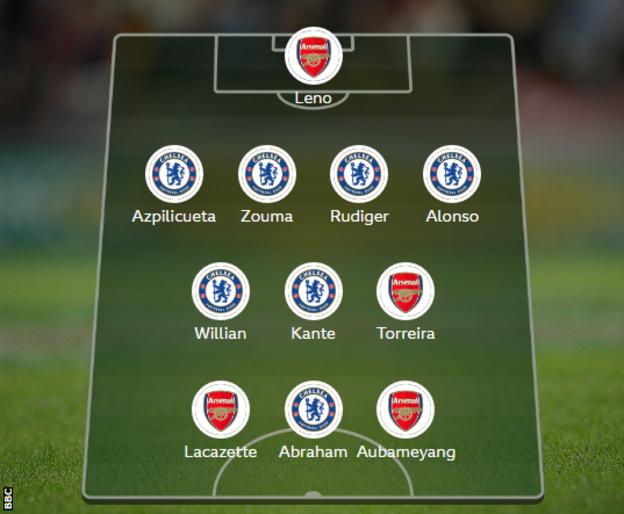 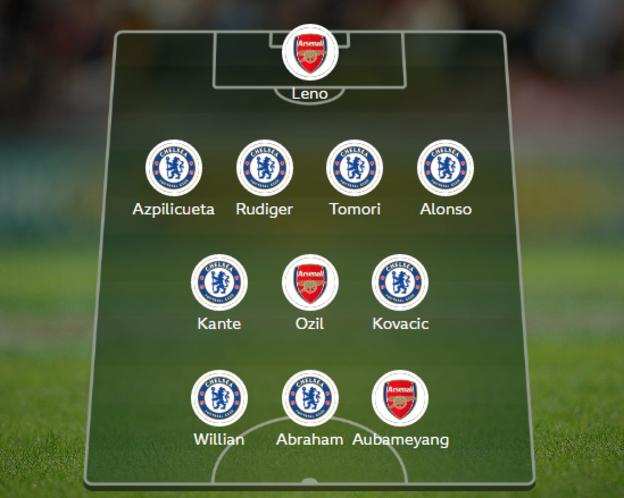 And pick your team below.