On the pitch, nothing is won in December, but as we reach the end of a decade it is time for reflection.

Newcastle and Leicester each topped 100 points in winning Championship titles in the 2010s, with Bournemouth and Norwich also entertaining the masses on their way to becoming champions.

We have produced a shortlist of players - based on a combination of statistics, longevity and success - who have featured in at least two full Championship seasons.

So sit back and select your Championship team of the decade below. Be sure to share it on social media using #bbcefl too.

And if you need reminding we have given a short summary of what each player has achieved in this most exciting and unpredictable leagues over the past 10 years...

Championship team of the decade

The Argentine kept clean sheets in all three of Palace's play-off games in the 2012-13 season as they beat Watford to reach the Premier League. Speroni holds club records for most clean sheets and most appearances by a keeper.

Scotland international Marshall has spent just two seasons outside the Championship this decade. He was an ever-present as Cardiff won the 2012-13 title, keeping 18 clean sheets, and made the play-offs twice more with the Bluebirds.

Schmeichel spent four seasons in the Championship towards the start of the decade, namely with Leicester where the Denmark keeper won the club's player of the year, was named in the division's team of the season on two occasions and gained promotion in 2013-14. 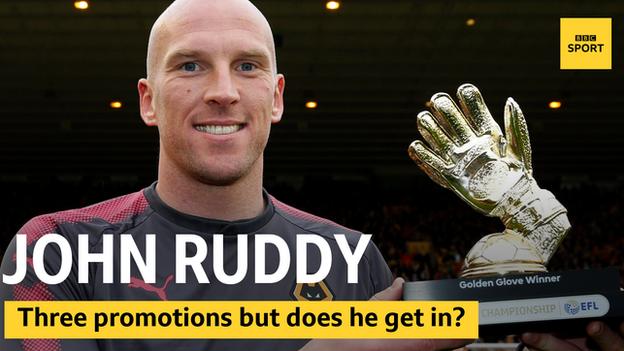 Once-capped England keeper Ruddy has been a mainstay in three promotion-winning sides this decade - as runners-up and play-off winners with Norwich and as champions in 2017-18 with Wolves.

Another goalkeeper with England honours this decade, Heaton was a crucial part of Sean Dyche's Burnley side that won two Championship promotions in three seasons. He kept 20 clean sheets in 2015-16 and was named in the team of the season.

Ex-Leeds left-back Harte flourished during three years with Reading, with the set-piece specialist making the Championship team of the season in consecutive seasons as the Royals went up in 2011-12.

Hill gained two promotions in six seasons with QPR this decade, including a last-minute 2013-14 play-off final win over Derby. The centre-back captained the side.

Spanish full-back Bruno moved to Brighton in 2012 and spent five years in the Championship. He gained individual recognition by being named in the 2015-16 team of the season - a feat he repeated the following year as the Seagulls went up. 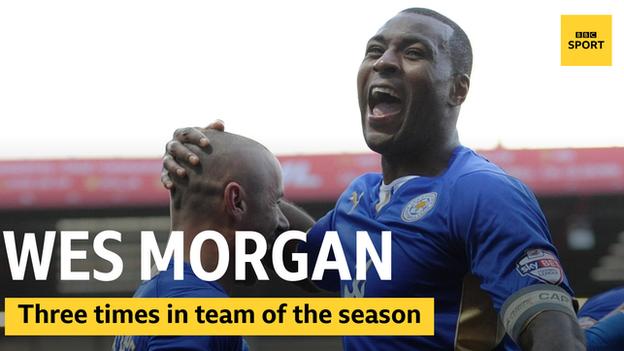 Towering defender Hudson was Cardiff's player of the year in their 2012-13 Championship title-winning season and helped Huddersfield achieve an unlikely promotion to the Premier League four seasons later.

Former Jamaica centre-back Morgan was one of the league's standout defenders in the first half of the decade, named in the team of the season three times - once while at Nottingham Forest - and leading Leicester to the 2013-14 title.

One of the Championship's most consistent full-backs this decade, Friend impressed at Doncaster and earned a move to Middlesbrough - playing a big part in their 2015-16 promotion.

Four Championship clubs, five promotions. Connolly was central to QPR and Cardiff lifting the title in 2010-11 and 2012-13. The centre-back played a smaller role in successes at Reading and Watford.

Republic of Ireland centre-back Keogh has made more Championship appearances in the past 10 years than any other player on the shortlist. Missed out on promotion with Derby in dramatic style to QPR in the 2013-14 play-off final.

The man Neil Warnock said was a better defender than Virgil van Dijk. Ivory Coast player Bamba was an ever-present in 2017-18 as the Bluebirds won promotion.

Wales full-back Gunter was named in the 2009-10 team of the season while with Nottingham Forest. He has reached the play-offs on three occasions in the past 10 years, coming closest to promotion when Reading lost to Huddersfield on penalties in the 2016-17 final.

Spanish centre-back Ayala has carved out a career at the top end of the Championship, playing a big part in Middlesbrough going up under fellow countryman Aitor Karanka in 2015-16.

Chester has yo-yoed between the Championship and Premier League this decade, helping Hull and Aston Villa get promoted. Villa paid £9m in 2016 for the centre-half, who missed the second half of last season as Dean Smith's side won the play-off final.

Dunk spent half of the decade in the Championship with Brighton, who finished second to Newcastle in 2016-17 to reach the top flight. The centre-back was named in the team of the season.

Centre-back Mee was part of two Championship promotion-winning Burnley sides in three seasons - and was an ever-present as the Clarets lifted the 2015-16 title.

Right-back Trippier was named in back-to-back Championship team of the seasons, making 17 assists as Burnley went in 2013-14.

Sessegnon only played two full seasons in the Championship but in that time won promotion, player of the season and made the league's team of the season on two occasions. 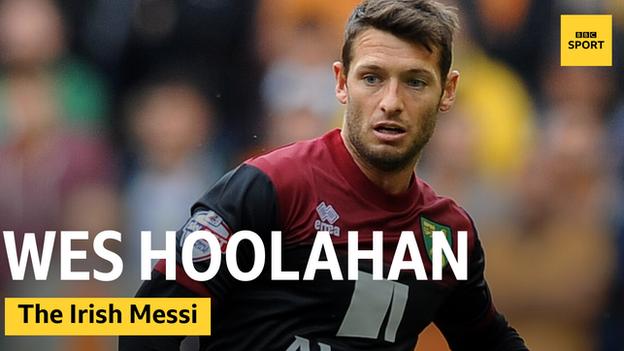 O'Neil went up through the play-offs three times in four seasons - with West Ham, QPR and Norwich. Was memorably sent off in QPR's Wembley triumph over Derby in 2013-14.

Attacking midfielder Whittingham was one of the league's outstanding players in the first half of the decade, a consistent scorer as Cardiff were champions in 2012-13. That year was the third time he made the team of the season.

All-action midfielder Leadbitter made more than 300 Championship appearances this decade, scoring a career-high 11 goals in 2014-15 before helping the Teessiders gain automatic promotion the following season.

Nicknamed the Irish Messi, playmaker Hoolahan was in his pomp during Norwich's 2010-11 promotion season - a creative and goalscoring force. Repeated the feat four years later to become a club legend.

His impact on the Championship was short but sweet, but Taarabt's performances in QPR's 2010-11 campaign will be remembered for his skill and swagger. His 19 league goals saw him crowned player of the season.

Howson emerged at hometown club Leeds before a big-money move to Norwich. Helped the Canaries back to the Premier League in 2014-15 but has since become a Championship stalwart with Middlesbrough.

King was a consistent scorer during Leicester's Championship years, with 15 goals in the 2010-11 campaign, and was a regular in their title-winning season under Nigel Pearson.

Winger Adomah has spent near-enough the entire decade giving Championship full-backs a difficult time. The Ghana international was an integral part of promotions at Middlesbrough and Aston Villa.

Scotland winger Phillips made the 2011-12 team of the season with Blackpool before moving to QPR, playing a part in them going up in 2013-14. Has seven goals this season as West Brom chase promotion.

Spanish playmaker Hernandez has lit up the Championship in recent campaigns. Last season's 12 goals earned him a spot in the team of the season and he continues to spearhead a Leeds side looking for a Premier League return.

Goalscoring winger Ritchie made his mark in 2014-15 - his 15 goals catapulting Bournemouth towards the title. He dropped back to the Championship with Newcastle, once again reaching double figures to claim more silverware.

Ivory Coast man Zaha had three full seasons in the second tier towards the start of the decade, and was key in Crystal Palace going up via the play-offs in 2012-13.

Cairney was a bit-part player in Hull's 2012-13 promotion season but became a creative force after joining Fulham, scoring 19 goals over two seasons to make consecutive team of the seasons and help the Whites go up.

Northern Ireland midfielder Norwood won his third consecutive Championship promotion last season with Sheffield United, having already helped Brighton and Fulham to the top flight. Was named in the team of the season in 2018-19.

Forward Ince has played his best football in the Championship this decade, his 18 goals for Blackpool in 2012-13 a highlight. Has been a regular scorer for a number of sides in the league, namely Derby.

Nugent has had several prolific seasons at Championship level this decade. Scored 20 goals to fire Leicester to the 2013-14 title and is back with Preston in the autumn of his career.

Evergreen striker Murray has been the talisman in two promotion campaigns - scoring 30 league goals as Crystal Palace won the 2012-13 play-offs and adding another 23 in Brighton's run to the Premier League.

Sharp played for six sides in the Championship this decade, scoring goals everywhere he went - with the exception of a disappointing season at Leeds. His 23 goals were pivotal in Sheffield United going up last term. 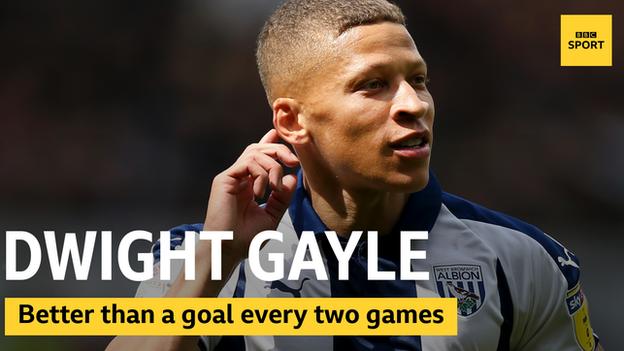 McCormack's goal record saw Fulham spend £11m on him in 2014 and Aston Villa pay £12m for his services two years later - both while in the second tier. Made the team of the season twice, including in 2013-14 when he scored 28 league goals.

Played a part in Norwich's play-off success in 2014-15 but has enjoyed more prolific spells at this level with Bournemouth, Sunderland and Nottingham Forest - scoring 22 league goals in 2013-14. Grabban has already reached double figures this season.

Watford legend Deeney reached 20 Championship goals in three successive seasons in the first half of the decade, culminating in the Hornets being promoted in 2014-15.

Rhodes has had around £27m spent on him this decade and contributed to promotions for Middlesbrough and Norwich. Enjoyed his best form at Blackburn, scoring 83 goals in 159 Championship appearances.

Austin is one of only two strikers on the shortlist to average better than a goal every two games at Championship level this decade. His 25 goals for Burnley in 2012-13 earned a move to QPR, where Austin was top scorer as they went up.

Wood has spent time at eight clubs in the league in the past 10 years. Did not play a major role in promotions for West Brom and Leicester but scored 41 goals in two seasons at Leeds to earn a £15m move to Burnley.

Gray was Championship player of the season in 2015-16 - his 25 goals guiding Burnley to the title - though he also scored 17 the previous season as Brentford reached the second-tier play-offs.

Czech striker Vydra has enjoyed three champagne Championship seasons this decade, being named player of the season in 2012-13 as his 22 goals took Watford to the play-off final and helping the Hornets go up in 2014-15, before finishing 2017-18 as the league's top scorer with Derby.

Bamford's 17 league goals in 2014-15 took Middlesbrough to the play-offs and helped earn him the Championship player of the year award. Now first-choice striker at high-flying Leeds.