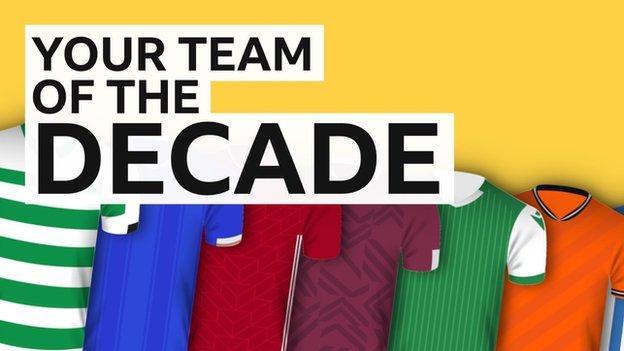 A decade of fights, flashpoints and football is drawing to a close. And now we want you to pick your best XI from the last 10 years of the Scottish top flight.

How you interpret the word 'best' is up to you. But to save a rammy, BBC Scotland has drawn a shortlist comprising only players named in the PFA Scotland team of the year since season 2009-10.

That means some notable names are missing - Celtic duo Odsonne Edouard and Ryan Christie, and Rangers' Ryan Jack - but don't blame us. Blame the players who voted for those XIs over the years.

Oh, and before anyone gets into a lather about which club certain players are attached to, anyone who has been nominated more than once is displayed as being with the team they were with when they were last nominated.

You've got until Hogmanay to decide on your XI.

Pick your top flight team of the decade