"World-class" national sides, qualifying for major tournaments and developing elite youth players were but a few of the targets the Scottish FA believed could be achieved by 2020.

Back in 2011 a plan was implemented based on a review into Scottish football made by former first minister Henry McLeish.

Nearly 60 "ambitious but realistic" objectives were set by the SFA to develop the game after McLeish's report described Scottish football as in "crisis".

The report's author has been highly critical of the progress made, while former Scotland manager Craig Levein believes there have been a number of positive steps taken - especially when it comes to young players.

So what was the plan, and how successfully have the targets been met? BBC Scotland takes a look back at the report and what progress has been made.

A recipe for success

Simply put, the 2020 Vision was "a framework for promoting, fostering and developing football in this country". The general ethos for the main targets was for the national side to succeed at the highest level, and to use that success to further grow the game.

For the men's side, Gordon Strachan tried - and failed. Alex McLeish tried - and failed. Steve Clarke will try - but should he guide Scotland to their first major tournament in 22 years, it will still fall short of the expectations set five years ago (when targets were revised from 2011).

Henry McLeish says the buck doesn't stop with the man on the touchline though, and would rather see more radical change at the top where he believes there is a "lack of ambition".

"When there's a problem, change the manager - why?" he wondered.

Former Scotland manager Craig Levein agrees that changing manager is not always the solution - he believes Scotland's issue has always been "impatience", for example, in changing the manager at the "drop of a hat" like many other nations and clubs in recent years.

Doing so seems to have had little effect - not just on the targets for qualification, but on Scotland's general results against top quality teams. 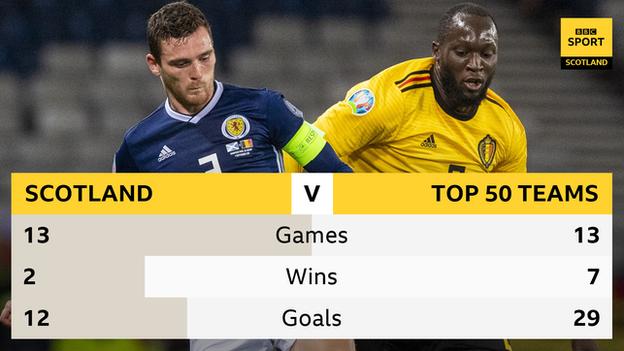 One target was to have an increased win ratio against higher-ranked opposition, something only achieved on two occasions in the past five years - both 1-0 wins against Slovenia and Slovakia in 2017.

Moreover, while the updated 2015 plan celebrated Scotland's achievement in entering the top 40 of the Fifa world rankings, the results since have put the national side on a slump to 50th, behind the likes of Australia, Jamaica and Morocco.

Shelley Kerr's side have met their targets though, including an historic first World Cup for the women's team - yet the game has not seen the fruits of their labour, according to McLeish.

"What are we doing to celebrate that success?" he asked.

"I'd like to see more investment, more resources. Yes, we've made progress, yes the women have done fantastically well themselves, but we could do a great deal more."

Future elites or victims of a failed experiment?

The aims for developing young talent included a particular focus on performance schools, and to see the fruition of that by 2020.

Former SFA chief executive Stewart Regan stated the intention for both the men's and women's senior squads to "have representation from these schools, with a healthy number graduating through our national youth teams".

As it stands, there have been no full international caps won by performance school graduates, with Billy Gilmour, Stephen Kelly and Chris Hamilton the only three at under-21 level. 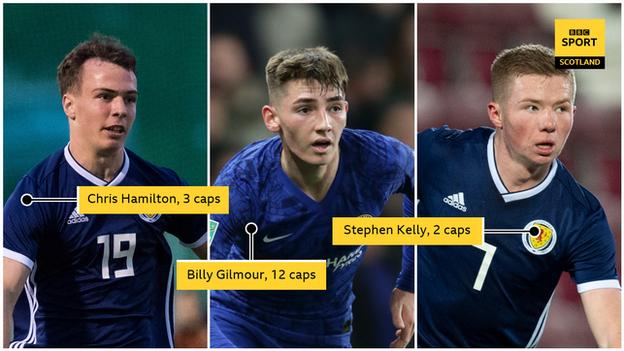 Regan's targets were perhaps just too ambitious for 2020 - since 15 players from the schools have earned caps for the under-19s. However, the youth teams are underachieving, in the context of where the SFA believed the national side would be by this point.

Purely based on qualification, the young national sides - at every level - are failing to meet the targets set for them to achieve by 2020.

"Impatience" is a running theme for Levein though - he insists it is only a matter of time before the country sees the benefit from the performance schools. Having watched "between 700-800 matches" from under-10 level to under-21, he believes improvements have been made.

"The players are better quality, technically in particular," he said. "It's very difficult to do anything about the physicality of the players. Obviously we can work very hard with the nutritionists but it's difficult to stretch them. The complaint back then was technically we'd fallen behind and I think we're catching up.

"I'm very critical of the mentality in Scotland of expecting miracles, and chopping and changing when something doesn't work after a short period of time. Performance schools for me have absolutely worked, but the kids who were in the first one are 18, 19. Let's just give it a little bit of time, see if we can get them into the national team and if they can affect the performances and results. Then we'll have a real indication of whether it's been successful.

"I'm very confident that some manager will get the benefit of this work. When the SFA performance schools were set up, the SFA were driving this particular programme - now you see a lot of the clubs themselves have their own performance schools. So the clubs believe it's the right thing to do and I'm absolutely convinced we just need to be a little bit more patient and don't judge everything based on 18 or 19-year-old kids."

While McLeish agreed performance schools have "done their part", he would have preferred to see a different approach from the SFA.

"I wanted to see a set of regional academies introduced throughout Scotland - that hasn't happened," he said.

"We've fallen back on this old idea that only the big clubs - the Rangers, the Celtics, the Hearts, the Hibs, the Aberdeens - can produce talent for the national side.

"That simply has never been the case in Scotland and I'm worried now we're rejecting the idea of looking at talent in every part of Scotland."

The former first minister believes the SFA need to "rethink what they're doing" in general, and to move forward they have to "completely change attitude, change the institution, change the vision and have much, much bigger ambition".

Whether patience is preferred over another complete change of vision, it feels like a critical time for Scottish football to ensure more success than the past 10 years in the men's game, and to build on the success of the women's game.