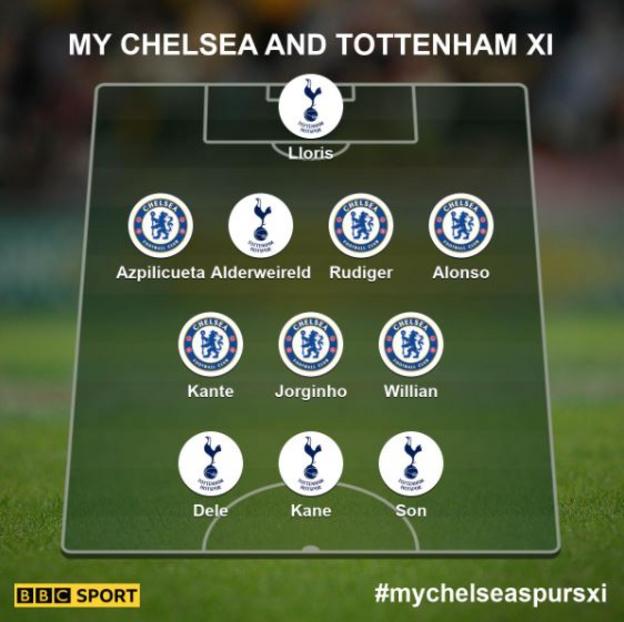 With Chelsea hosting Tottenham in a battle for a top-four spot, we asked you to pick your combined XI from the two squads.

In the goalkeeping position, Spurs' Frenchman Hugo Lloris was head and shoulders above his rivals with almost 85% of the votes.

Across the backline, Chelsea's Cesar Azpilicueta was your favourite right-back, with his team-mate Antonio Rudiger and Tottenham's Toby Alderweireld in central defence while the Blues' Marcos Alonso is on the other flank.

It is an all-Chelsea midfield with N'Golo Kante featuring in 86% of your teams.

And it is an all-Tottenham attack, with injured duo Son Heung-min (85%) and Harry Kane (84%) proving to be popular choices, and Dele Alli completing the trio.

My Chelsea and Tottenham XI