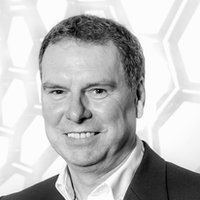 Dyer was put in charge for the rest of this campaign following the sacking of Angelo Alessio in December.

The club's majority shareholder was speaking after the club's annual meeting on Wednesday.

"I would like to see Alex back here next season," Bowie said. "He's got my vote going forward, but it's got be if he wants to be here as well."

At the AGM, erstwhile assistant Dyer told shareholders he would leave the decision on his future to the board.

"I've got a contract until the end of the season," he said. "I'm going to do my best to try to get the team into the top six of the Premiership in the next five games and after that I'll leave it up to the board."

The Ayrshire club's overall turnover rose £1.5m during the period to £6.6m and the board put that down to the success of the team, who finished third in the Scottish Premiership under the management of Steve Clarke.

The club have also in the past year introduced new and refurbished hospitality lounges to help increase revenue streams.

There are plans for the provision of indoor training facilities to assist not only the first team, but also help with the development of the youth squad.

"'I'm in negotiations over three pieces of land at the moment," revealed Bowie. "Hopefully it will be in East Ayrshire.

"It may not be next year or the year after but we do have visions for the club to have our own indoor training facility."

Kilmarnock also announced they have agreed a new kit deal with Hummel which will start this summer and run until 2023. They will replace Nike as the club's kit manufacturers.