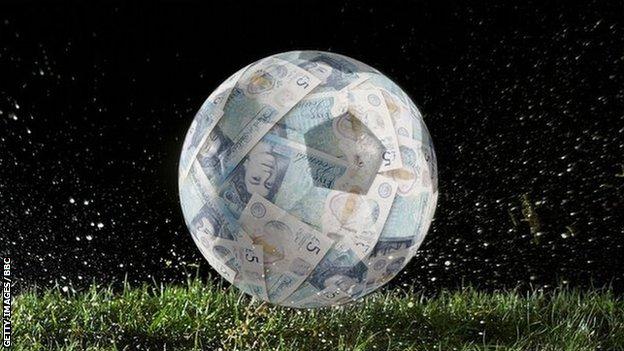 A record number of footballers, clubs and agents in England are being investigated over tax payments.

The department said it expected "more compliance than previous years" after its "proactive handling of tax risks".

It said it "looked forward to continued co-operation with clubs and players throughout 2020".

HMRC had previously said it was making enquires into "tax risks", including image rights, agents' fees and dual representation - an agent representing both the club and player during a contract or transfer negotiation. 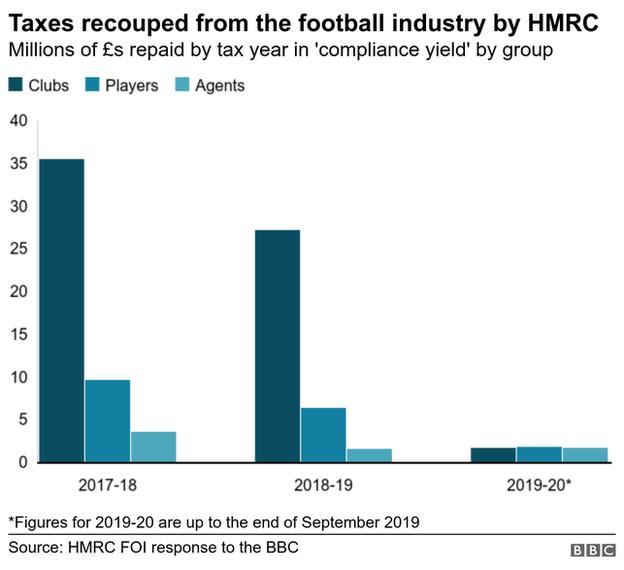 "We're clear that everyone must pay what they owe under the law - regardless of their wealth or status," the department said.

"HMRC have been investigating players and clubs over image rights for some time," said football finance specialist Kieran Maguire, from the University of Liverpool.

"Image rights are a legitimate means of paying a player for off-field activities.

"Payments are usually made to a separate company set up to manage the rights.

"If HMRC feel that too much of the player's pay has been diverted into this area [on which a player owning their image rights company would be due to pay Corporation Tax at 19%] they may decide that the money should be treated as wages [which would be subject to PAYE tax]."

HMRC is also investigating issues relating to VAT, agents based offshore if there is a suspicion of malpractice and payments to other parties, including when an agent may not receive or keep the entire fee from a player transfer, and instead a number of agents are paid.

Although clubs in England are obliged to send the Football Association details of all payments made to agents, this does not include payments to sub-agents.

HMRC began a dedicated "football compliance project" in 2017. Since then, £65m in tax has been repaid by clubs.

The amounts recouped from players and agents totalled £18m and £7m respectively from 2017-18 to the end of September 2019, the BBC found under the Freedom of Information Act (FOI).

The department said its figures for repayments released under FOI did not consider its work "where tax is paid in full or known to be owed and paid late, for example its debt recovery work and court cases". 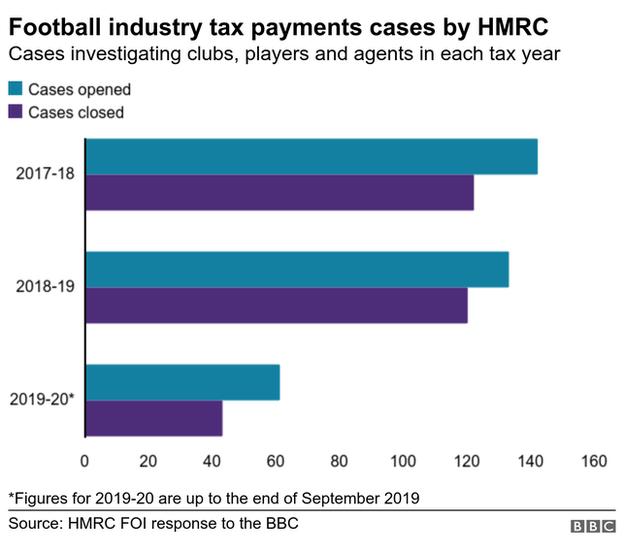 Dr Rob Wilson, a sport finance specialist at Sheffield Hallam University, said "nine out of 10 times" winding-up petitions followed when clubs were paying players' wages, but withholding National Insurance contributions (NICs) from the taxman to help with their cash flow.

He said winding-up petitions were so HMRC could pursue clubs normally for unpaid NICs.

"It's not uncommon to do that in a small trader business because you tend to pay NICs at the end of the year," Dr Wilson said.

"Because HMRC are down the list of football creditors [if a club were to go into administration] they tend to pursue winding-up petitions to make sure HMRC is paid.

"They are also making a statement to football clubs and the industry to have a deterrent effect.

"It's to say 'we're looking at you, don't do anything that breaches the regulations more broadly'."

Accountancy firm and football business analysts Deloitte's own figures suggested Premier League and English Football League clubs had both, however, been paying an increasing sum of VAT on matchday income and other employment taxes such as National Insurance Contributions and PAYE on wages every year for the past decade.

HMRC was unable to name the clubs, players and agents making repayments because of its duty of confidentiality to not identify any "persons" - the term "person" includes legal entities such as companies, trusts, charities and living individuals - under the Commissioners for Revenue and Customs Act 2005.