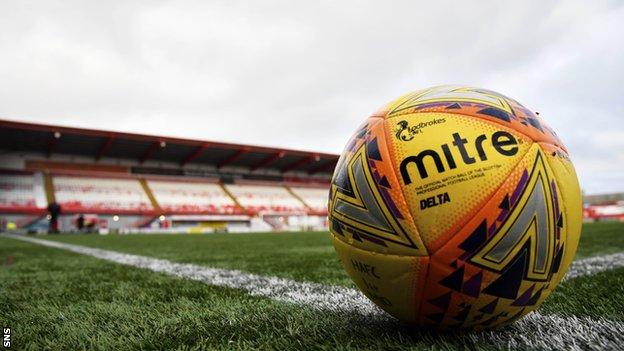 Hamilton Academical youth coach and former midfielder Dougie Imrie has been spoken to by Police Scotland in regards to a "yellow-card incident" last season.

Police confirmed on Sunday that a 36-year-old man was arrested on February 28 "in connection with a reported incident relating to gambling in sport".

The statement added: "He has been released pending further inquiries."

It was reported on Sunday that a former player had been arrested over claims of match-fixing.

Hamilton said that, while Imrie told them last month he had met with police, it is their "understanding no-one has been charged with any offence".

A club statement added: "As the police enquiry is ongoing it would be inappropriate for the club to comment any further at this time."