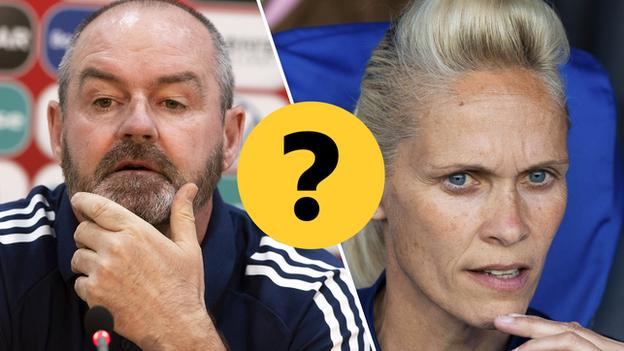 Come on, admit it. At times you think you know better than your team's manager, don't you?

Be it calling them clueless as your side concedes their fourth of the game, or pleading with them to make a substitution, we've all done it at some point.

Well, now is your chance to prove you know best by putting your football knowledge to the test against Scotland national coaches Steve Clarke and Shelley Kerr.

The quiz will be hosted by comedian Ray Bradshaw and will also include famous faces from across football, sport and entertainment.

Scottish FA chief executive Ian Maxwell will also be competing and said it "will be a small but competitive distraction - and obviously one that I want to win".

There will be sections on general knowledge, Scotland national teams, the Scottish Cup, and a picture round, with prizes ranging from signed shirts to tickets for the Euro 2020 play-off semi-final against Israel up for grabs… whenever that might actually take place.