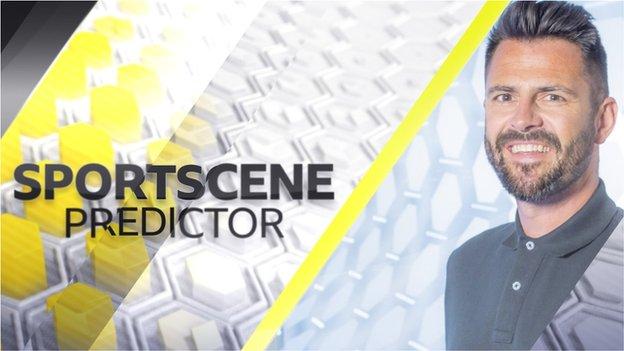 With the Scottish Premiership having been brought to a premature close, full-time has also been blown on the Sportscene Predictor.

But who came out on top? And who had challenges to forget? Here, we take a look.

In week one, Olympic medal-winning curler Eve Muirhead had an encounter to forget as the former Rangers and St Mirren striker strolled to a resounding 120 to 10 victory to get off to a dream start.

Things got heated in week two when wrestler Grado told Thommo he was "gettin a pastin", and that is exactly how it panned out as our expert registered 50 points compared to Grado's 110 - a score no other guest beat.

Challenges would follow, including defeats by Scottish indie band The Snuts and Scottish NFL star Jamie Gillan. However, Thommo remained in front, registering victories over the likes of former Scotland scrum-half Rory Lawson.

And although the wheels looked like they may be starting to derail in the final weeks on the back of three straight defeats, the former Scotland striker still finished 140 points better off than the total his guest opponents amassed.