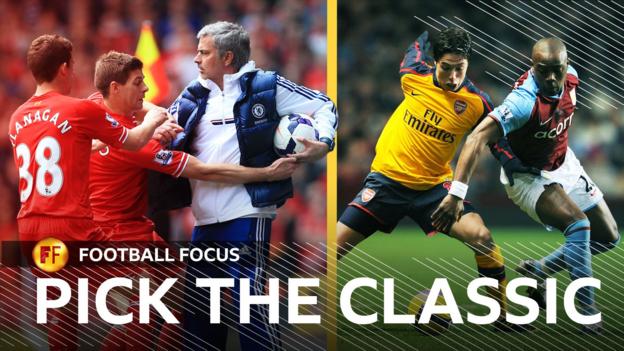 Every week BBC Football Focus is giving you the chance to choose which classic Premier League match highlights are aired on the show.

This week it's a toss-up between a cracking comeback and that slip by Steven Gerrard.

Both are fixtures which would have happened this weekend.

Watch Football Focus on Saturday, 9 May at 12:00 BST on BBC One to find out the winner. 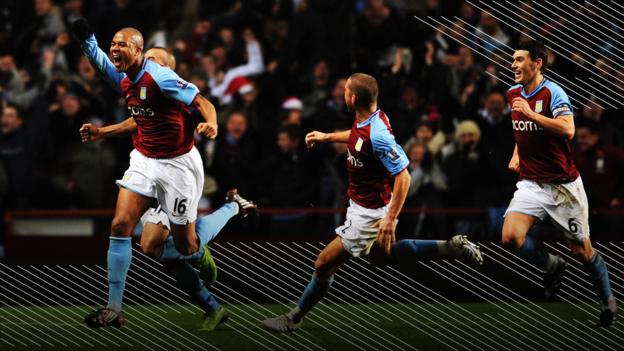 Knight's injury-time equaliser against Arsenal - only his second Villa goal in the league - completed a comeback from 2-0 down for Martin O'Neill's side, who were challenging the Gunners for a Champions League spot.

Arsenal, despite being dominated by the hosts, found themselves in front through Denilson and Abou Diaby, only to be pegged back by a Gareth Barry penalty and Knight's last-gasp intervention. 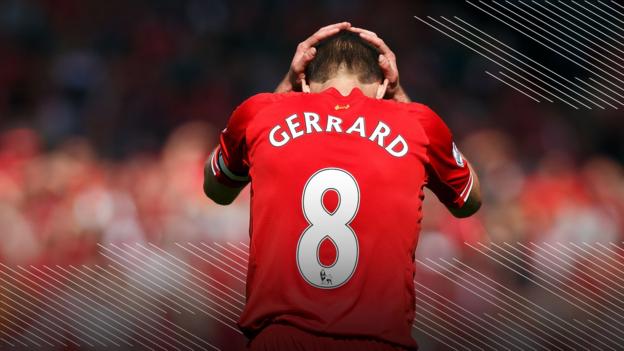 It almost feels cruel dredging this back up again, particularly as Liverpool sit agonisingly close to winning a first Premier League title.

This game will forever be remembered for Reds captain Gerrard's slip that ultimately took the fate of the title out of their own hands.

Gerrard's tumble gifted Demba Ba Chelsea's opener and Willian sealed the win late on. The result opened the door for Manchester City to finish two points above Brendan Rodgers' side.