Lazio are interested in Hearts teenage full-back Aaron Hickey, having watched him during the 2019-20 season. (Sun)

Brora Rangers and Kelty Hearts may join the SPFL if clubs among the current 42-team set up go bust amid Covid-19. (Sun)

Jonny Hayes was expecting to be offered a new deal at Celtic before the current pandemic. (Herald - subscription required)

But winger Hayes believes leaving Celtic could be the best thing for his career as he targets regular first-team football. (Daily Record)

Aberdeen boss Derek McInnes has played down the chances of Hayes, 32, returning to Pittodrie. (Press and Journal)

Oliver Bozanic and Steven MacLean will be among 15 players leaving Hearts after their deals ended. (Sun)

Winger Drey Wright could join Hibernian or Bristol Rovers after rejecting the offer of a new contract at St Johnstone. (Daily Record) 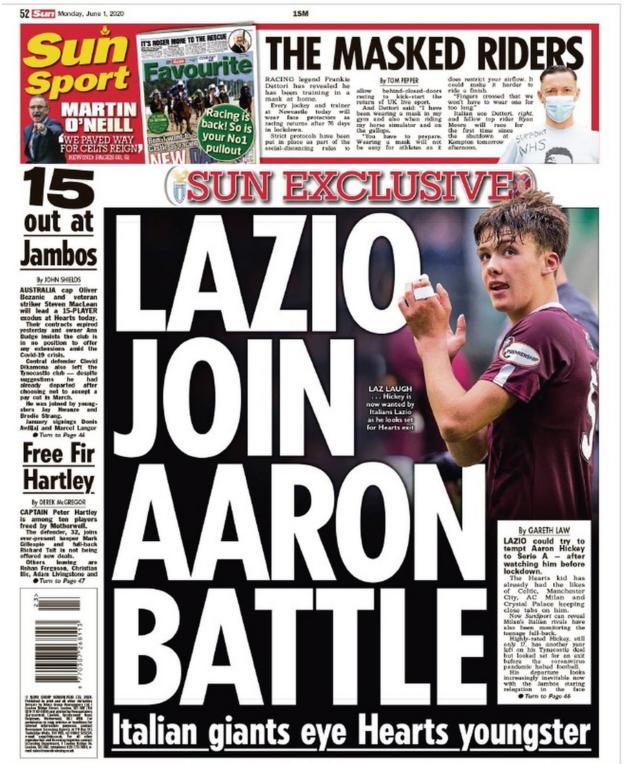 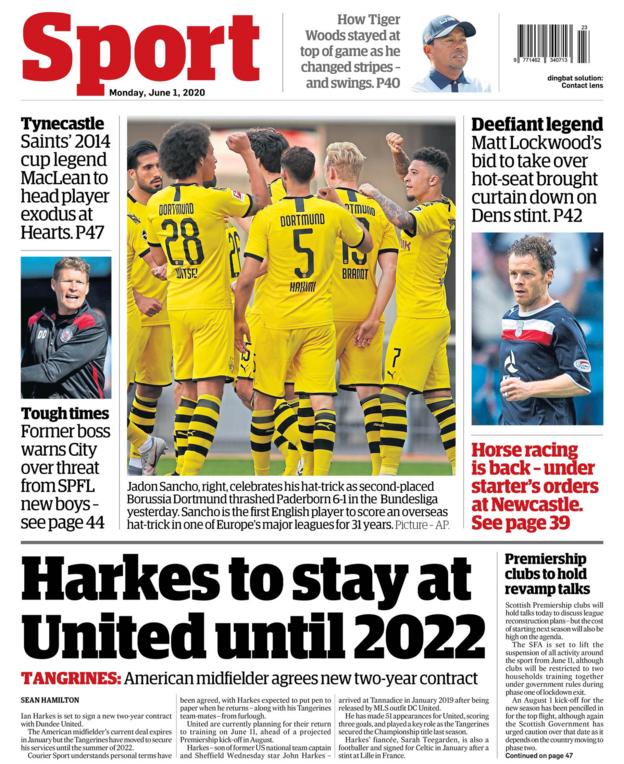