The Premier League is back.

After a 100-day absence because of the coronavirus pandemic, England's top flight will return to action on Wednesday.

But where did we leave off and what are the challenges facing sides at both the top and bottom over the next nine games?

BBC Sport helps you get up to speed with a picture of the Premier League in eight graphics.

If you wanna be a record breaker...

Liverpool will be champions this season. Such is the Reds' lead at the top that surely nothing will prevent that, barring an unprecedented and unforeseeable series of losses.

They have already broken a number of records this campaign, including the best start to a season, most points over a 38-game period (104), biggest points lead at the top of the table (25) and most consecutive home wins (22).

And they have others in their sights... 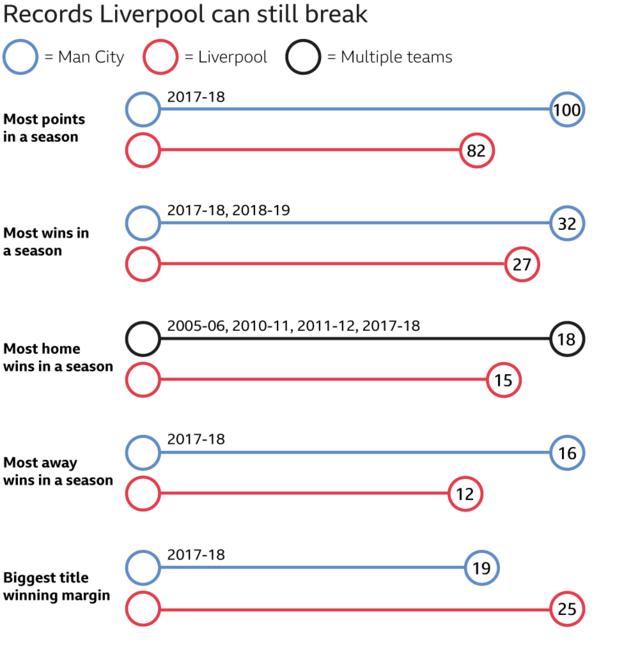 Not only will Manchester City see the Premier League trophy torn from their grasp, they could see a host of the records they set during their remarkable "Centurions" season of 2017-18 fall.

When the going gets tough...

Before football was suspended on 13 March, Arsenal, Manchester United and Sheffield United were among the form sides in the division, gradually turning up the heat on some of the teams above them. 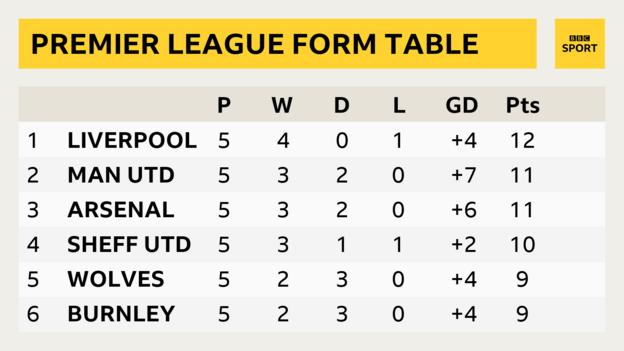 With the title race all but over, the battle for Champions League qualification - and the relative toughness of the fixtures facing those challenging for it - takes on even greater interest.

Opta have provided BBC Sport with an analysis of each side's remaining matches and their difficulty, based on the probable outcome of each.

This is based on a model that analyses a side's attacking and defensive qualities over four years of historic results, taking into account the strength of the opponent and with greater weighting given to recent results.

Each side's fixture is ranked on a scale from one ("very easy") to five ("very hard"). Below is the average difficulty of the remaining fixtures for the Premier League's current top 10...

After three months of debate and recrimination over how relegation should be decided in the event of an incomplete season, we are hopefully going to see it resolved in the fairest arena - on the pitch.

Over the 24 seasons in which the Premier League has contained 20 teams, 37 points is the average benchmark for survival. 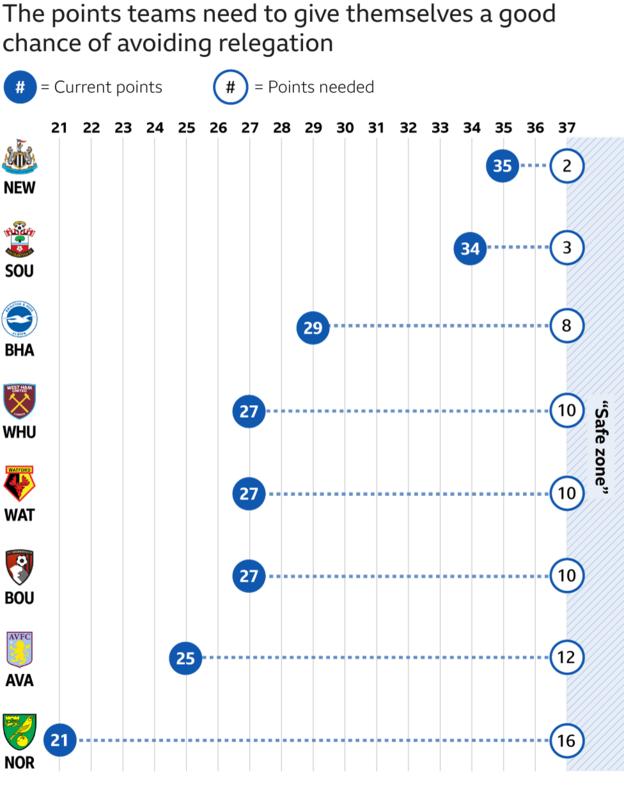 There are eight sides in the division who are yet to reach the tally.

Two of those - Newcastle and Southampton - are just a single win away, but Norwich are potentially looking at at least five victories from their remaining nine games to give themselves a fighting chance of staying up - the same number they managed from their first 29 games.

Of the six sides most in peril, 19th-placed Aston Villa have the toughest remaining games according to Opta, while Brighton, currently 15th, also have an ominously tricky run-in.

Closer each day, home and away...

Could we be seeing a loss of home advantage as a result of games being played behind closed doors?

If this phenomenon transfers to the Premier League for its return, it could have a significant impact, particularly on some of the smaller teams.

Wolves are one of the sides to have performed better away than at home this season. With five of their remaining games being away, could this help them in their quest for European qualification?

Equally, could it harm Brighton in their quest to stay up?

Having claimed four important home wins this season, five of the Seagulls' remaining nine games are at the Amex, including a run that sees them face Arsenal, Manchester United, Liverpool and Manchester City - matches in which they could really have done with a partisan support behind them.

When the going gets rough...

With the first set of games scheduled for 17 June and a provisional end date of 25 July, there are 92 Premier League fixtures to fit into 40 days.

This means playing a league game on average roughly every 4.5 days for most sides.

And then there's the FA Cup, which still contains eight Premier League sides, and the Champions League and Europa League, in which four English top-flight sides are still competing.

Manchester City, who are in three competitions and one of four teams with a league game still outstanding from an earlier game week, could face at least 13 league and cup games in 49 days, with the yet to be provisionally scheduled Champions League matches to be played either during or after this period.

Finally, the race for the Premier League's golden boot will resume, with Jamie Vardy leading the way.

The Leicester striker scored most of his 19 goals so far in the first half of the season, although he did net twice in the game immediately before the league was suspended.

Could 2018-19's joint top-scorer Pierre-Emerick Aubameyang or regular-challenger Sergio Aguero replicate their start-of-season form to steal the honour from Vardy?

Another man to watch is Mohamed Salah, who matched Aubameyang's tally of 22 last season, was outright top-scorer with 32 in 2017-18 and was on a run of 10 goals in 14 games before the league was halted. 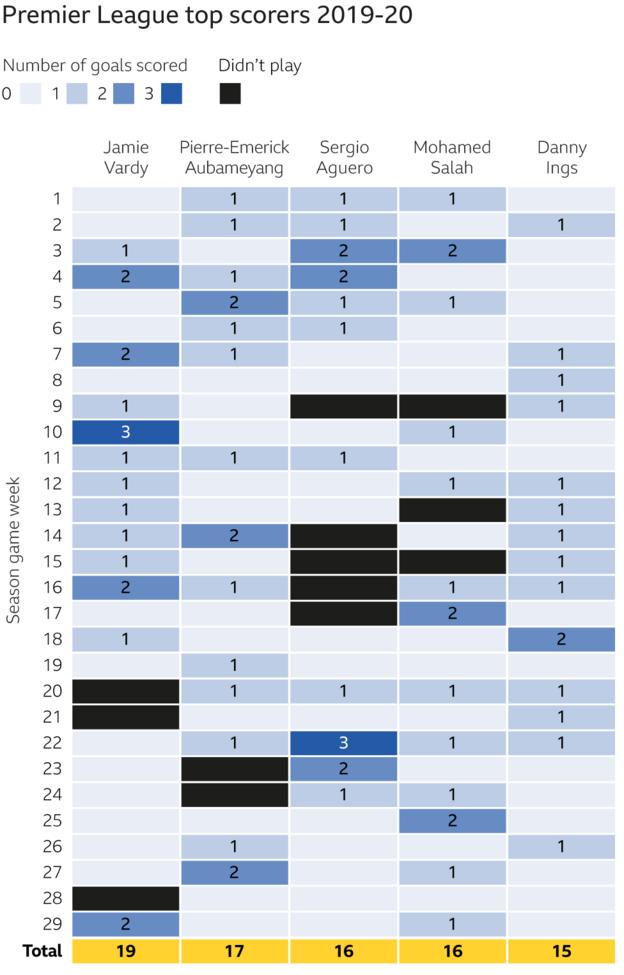