A four-time Champions League winner and Wales' greatest player of the modern era, Gareth Bale went from being an unlucky left-back to one of the world's most exciting players.

He has shouldered the burden of a world record fee, a nation expecting him to perform miracles and arguably the most hard-to-please club fans in the world.

And whether it is scoring unforgettable goals, ripping apart one of the world's best right-backs or making history as perhaps British football's greatest foreign export, Bale has delivered.

As part of Bale Day on BBC Sport in June 2020, we asked you to rank 10 of his iconic moments - here is the result in reverse order. 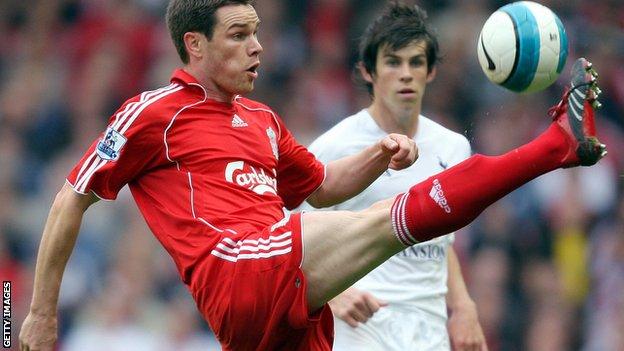 "Did Spurs win? No? Well Bale must have played then."

So went the joke for weeks, then months, then years as Bale's start to life at White Hart Lane proved extremely tough. He was not on the winning side in his first 24 Premier League matches.

That statistic could have been so different - in his second appearance he put Spurs 3-1 up at Fulham only for them to be denied victory in injury time - but it became a big thing.

From August 2007 to September 2009, Bale failed to win a Premier League game for Spurs until Harry Redknapp gave him five minutes as a substitute with his team 5-0 up against Burnley. Bale never looked back. 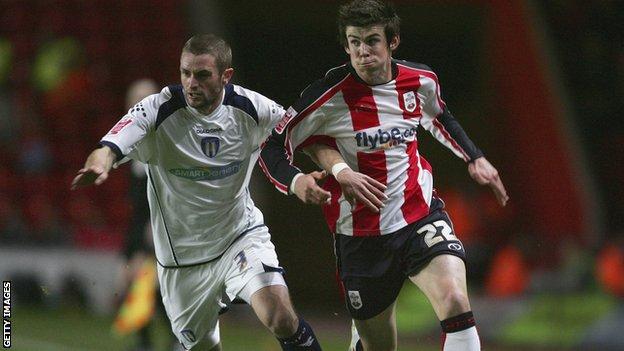 That May, at 16 years and 315 days, he started for Wales in a friendly against Trinidad and Tobago.

Brian Flynn, who was in charge of discovering young Welsh talent, described Bale as potentially a future star of the game, comparing his technical ability to that of Ryan Giggs.

Southampton's financial issues meant he was not long for St Mary's and, after turning down Manchester United, he joined Tottenham for £5m in May 2007. 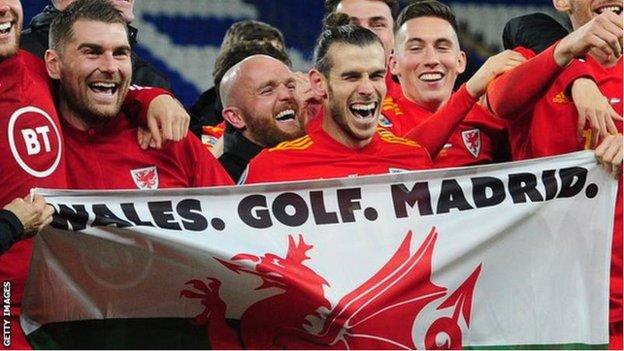 "I think Gareth Bale is a very particular kind of person... he comes across as a bit strange. The first thing he thinks about is Wales, then golf and after that, Real Madrid." - former Real player Predrag Mijatovic

Bale has never had a tight relationship with the Real fans and was criticised for being fit for Wales' pivotal Euro 2020 qualifier with Hungary after missing seven weeks of club football.

Wales fans have turned the mantra 'Wales. Golf. Madrid' into a chant and, after qualification was secured with a win over Hungary, Bale was front and centre as the squad paraded a banner echoing that sentiment. 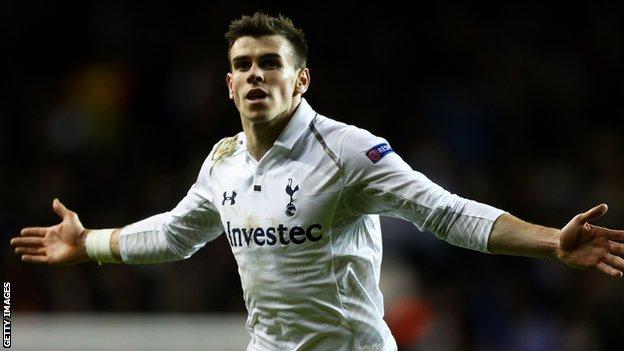 At the end of that season, Bale was voted the Professional Footballers' Association (PFA) Player of the Year.

Bale scored 31 goals for club and country, including a stunning late winner in the season finale - a 1-0 win over Sunderland at White Hart Lane. It was a fitting way to depart English football. 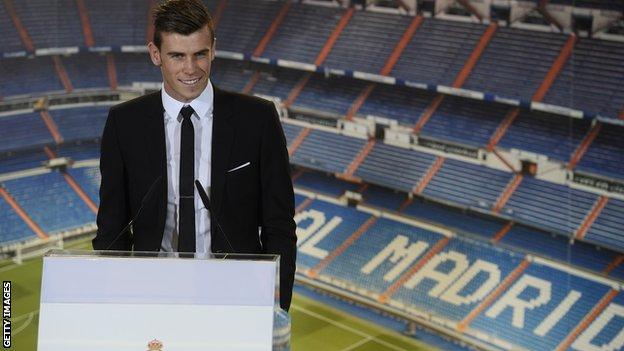 Bale's brilliance - and Spurs' failure to qualify for the Champions League - prompted transfer interest from some of the world's biggest clubs. The largest offer came from Manchester United, but Bale dreamed only of a move to Real Madrid.

That became a reality in September 2013, when he moved to the Bernabeu for a then world-record fee of £85m. 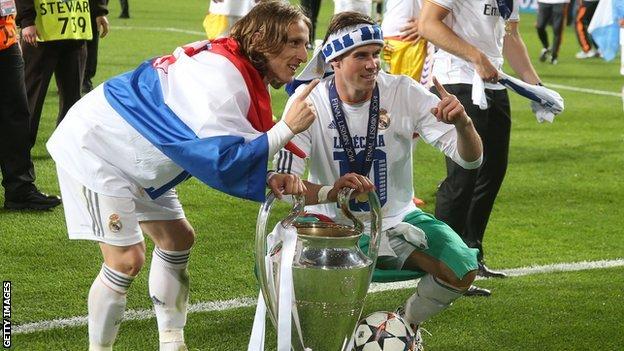 If you are going to have a love affair with one football competition, the Champions League seems like a pretty great choice.

Bale won the competition in his first season in Madrid, scoring in extra time as Real came from 1-0 down to stun city rivals Atletico 4-1.

Two years later he scored in the penalty shootout as Madrid beat Atletico on penalties in 2016, before playing his part from the bench as he won the Champions League in his home city of Cardiff in 2017 against Juventus.

For a long time it seemed Bale was destined to sit alongside George Best and Ryan Giggs as an icon of British football who would never get to experience an international tournament.

But his brilliance in qualifying for Euro 2016 ended the team's 58-year wait to play in one.

And he took his electric form into the finals, scoring three goals - including one against England in the group stage - as unfancied Wales became one of the stories of the tournament. 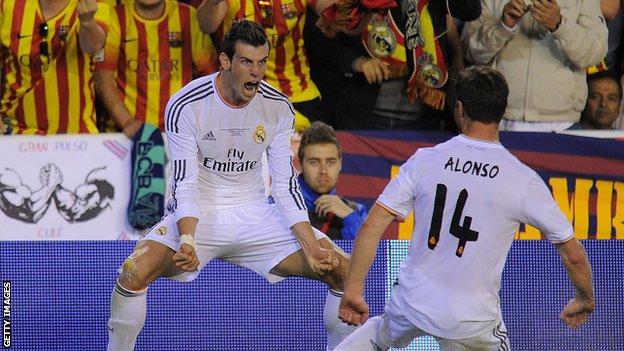 What's the best way to announce yourself to your new fans? How about scoring a sensational solo goal to win a cup final against your biggest rivals?

Bale did just that.

His stunning individual goal won the Copa del Rey for Real with a 2-1 victory over Barcelona.

The Wales forward outsprinted Barca defender Marc Bartra from the halfway line before coolly converting past Jose Manuel Pinto. Even Lionel Messi and Ronaldo could not deny him the headlines. 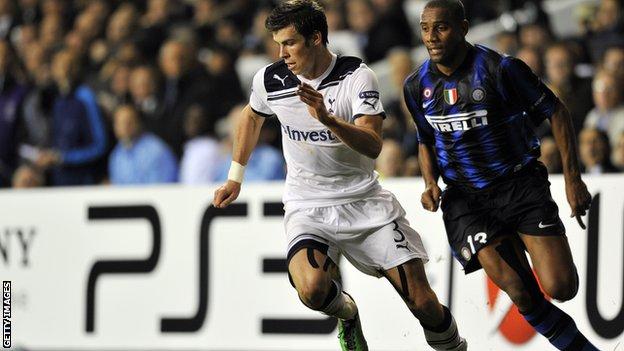 Once Bale and Spurs started finding success under Redknapp, both pushed on.

Bale's breakthrough moment - some stunning free-kicks aside - came in the Champions League, with unfancied Spurs drawn against holders Inter Milan in the group stage in 2010.

Goalkeeper Heurelho Gomes was sent off after eight minutes at the San Siro, and Tottenham found themselves 4-0 down.

Enter Bale, with a stunning second-half hat-trick as he tore Maicon - arguably the best right-back in the world at the time - apart.

And he was arguably even better in the return, producing two assists in a dazzling display. 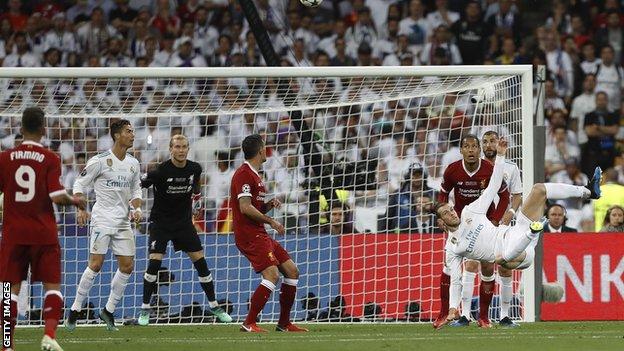 While Bale had already won the Champions League three times, 2018 is the final for which he will be best remembered.

Three minutes after coming on as a substitute against Liverpool with the score 1-1, Bale scored one of European football's great goals.

His magnificent overhead kick put Real 2-1 up and a 30-yard strike - with more than a helping hand from Liverpool keeper Loris Karius - to secure the club's 13th Champions League success.