Celtic have opened talks over a new contract with striker Odsonne Edouard. (Scotland on Sunday)

"I don't think I'll ever go through the pressure I went through when I came in the second time around," says Celtic manager Neil Lennon as he contemplates the pressure of chasing 10-in-a-row. (Sun)

Rangers face a battle to push through their 14-14-18 league reconstruction proposal. (Sun) 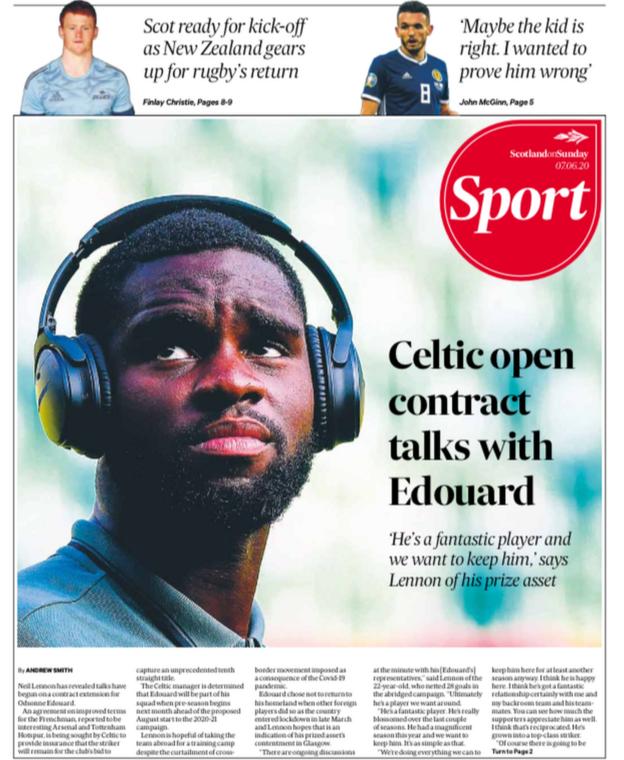 Livingston want £2m for striker Lyndon Dykes, who is attracting interest from Celtic and Rangers.(Mail on Sunday) 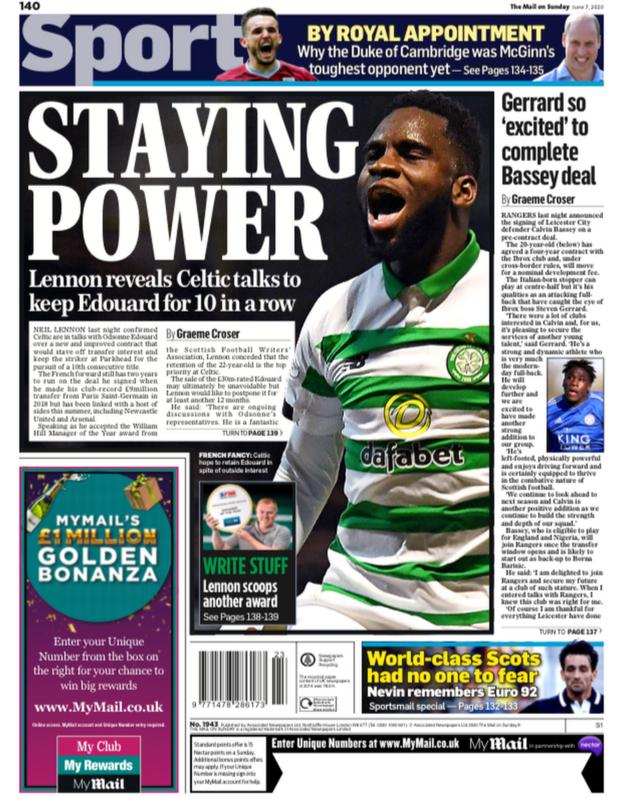 Dundee United boss Robbie Neilson says he is "a better manager now" after his up and down experience at MK Dons. (Sunday Mail)

Lewis Moore believes Hearts team-mate Aaron Hickey is too "laid back" to be affected by transfer speculation. (Sun)

Scottish football's reliance on supporters has made it the most vulnerable during the coronavirus pandemic, says Aberdeen commercial directors Rob Wicks. (Evening Express)