Scotland goalkeeper Craig Gordon has rejected Celtic's offer of a contract on reduced terms and talks are now on hold. (Sun)

Motherwell are in talks to sign former Partick Thistle goalkeeper Scott Fox, who had been a target for Kilmarnock.(Record)

Killie are expected to move for Richard Tait, who is out of contract after leaving Well.(Sun)

Ross County hope to beat Kilmarnock to the signing of Aaron McGowan, who was most recently at Hamilton. (Record) 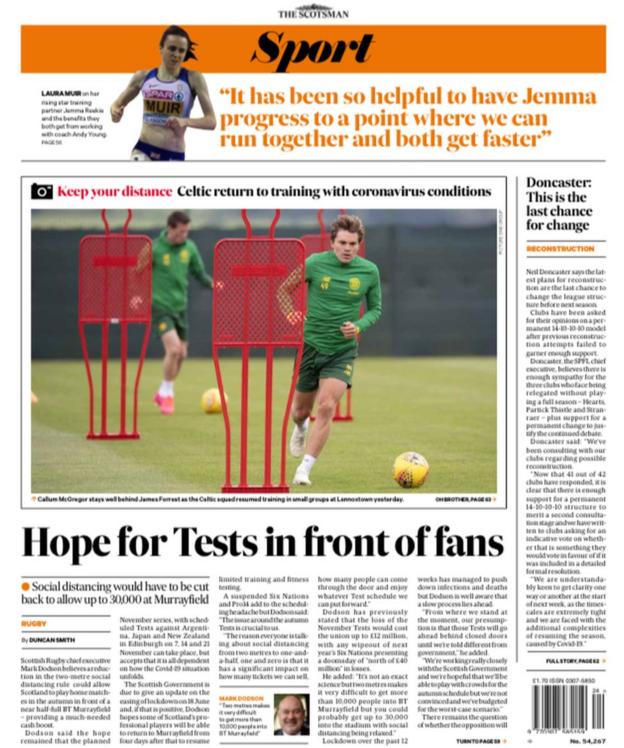 The SPFL are prepared to have talks with Aberdeen chairman Dave Cormack this weekend as he considers a u-turn on his opposition to a 14-team Premiership. (Sun)

Ross County and several Championship clubs are against the suggested 14-10-10-10 model for league reconstruction, meaning it could face being rejected. (Record)

Inverness Caledonian Thistle will continue their support for the 14-10-10-10 proposal. (Press and Journal - subscription required) 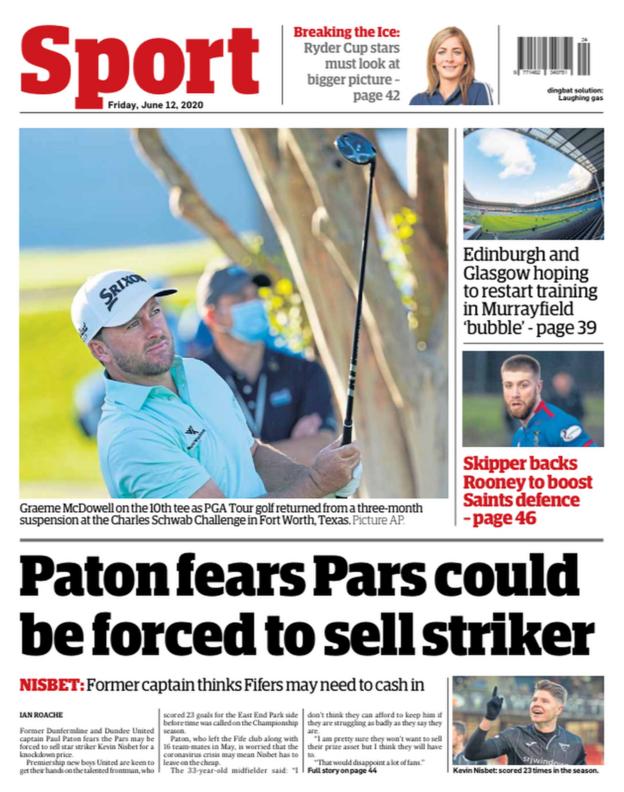