Hibernian players, who have already agreed wage deferrals, are to be asked to take salary cuts. (Record)

Out of contract Scotland goalkeeper Craig Gordon is open to a return to first club Hearts, with his Celtic deal having run out. (Record, via Mail)

The SPFL indicate they will not use executive powers to force through reconstruction and an expanded Premiership, even if Hearts take legal action over their relegation from the division. (Record)

But the 14-10-10-10 model should be imposed if a majority of clubs vote for it, says former Hearts chairman Leslie Deans. (Scotsman - subscription required)

"I very much hope they keep on backing him," says former Rangers boss Mark Warburton of incumbent Steven Gerrard. (Mail) 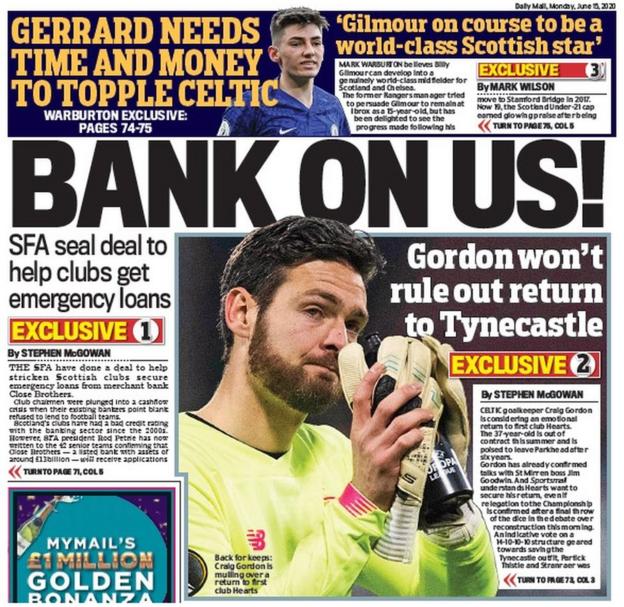 Jozo Simunovic is disappointed he will not be part of Celtic's bid for a 10th successive title after leaving the club this summer. (Sun) 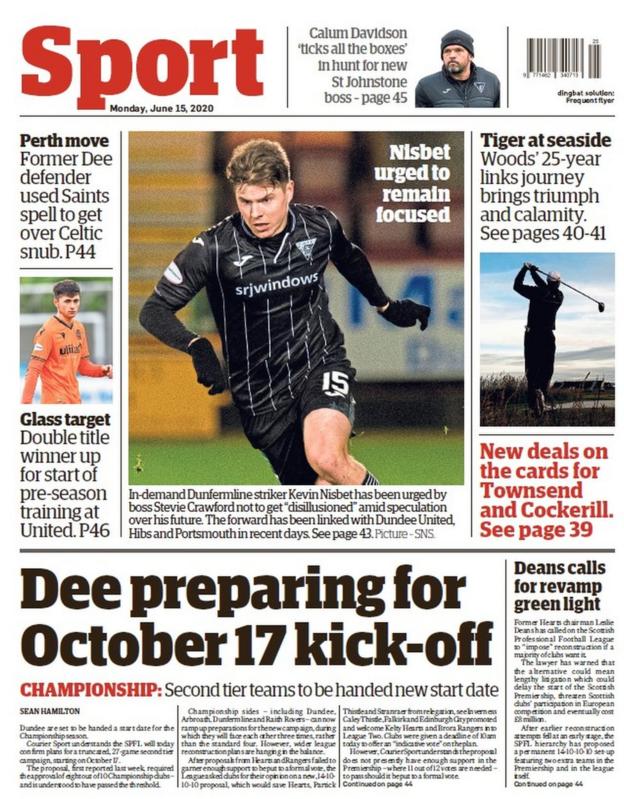