Rangers could sign Hibernian striker Florian Kamberi for £150,000 but Hull City have moved for the Swiss forward. (Record)

Aberdeen hope to finalise a deal to bring winger Jonny Hayes back to the club following his Celtic exit. (Press and Journal - subscription required)

Hearts manager Daniel Stendel's agent says the German faces an uncertain future after the Tynecastle side were consigned to the Scottish Championship following the SPFL's unsuccessful proposal for an expanded Premiership. (Herald - subscription required) 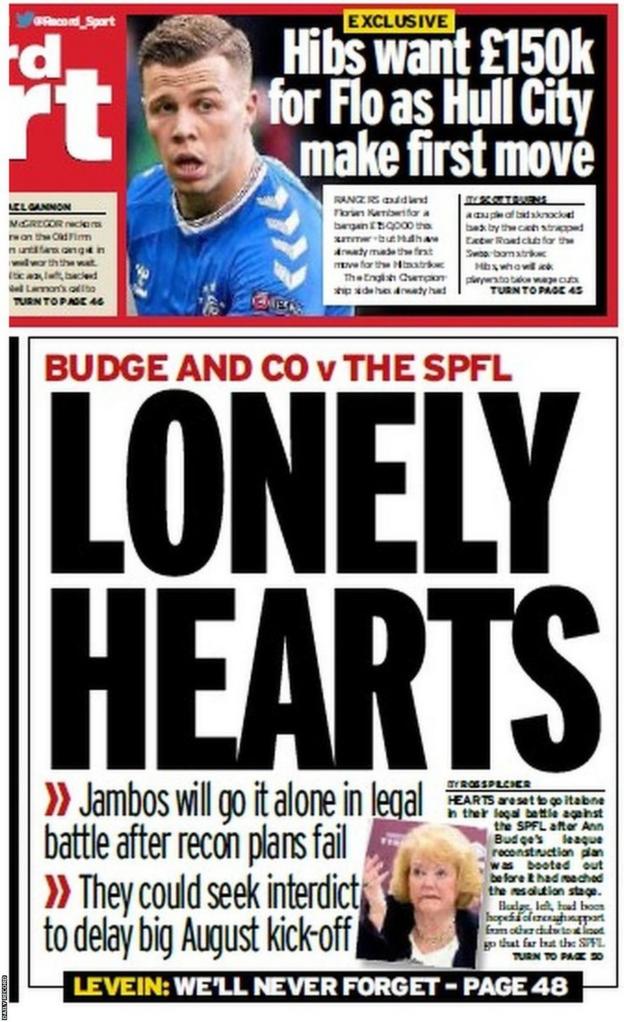 And Levein has criticised the SPFL and called for an overhaul of the game in Scotland. (Scotsman - subscription required)

Falkirk say "self-interest" triumphed after the 14-10-10-10 league reconstruction proposal failed, meaning they remain in Scottish League One for season 2020-21. (Sun)

And fans group the Foundation of Hearts described the lack of support among clubs for restructuring as "staggering" and "mean-spirited". (Edinburgh Evening News) 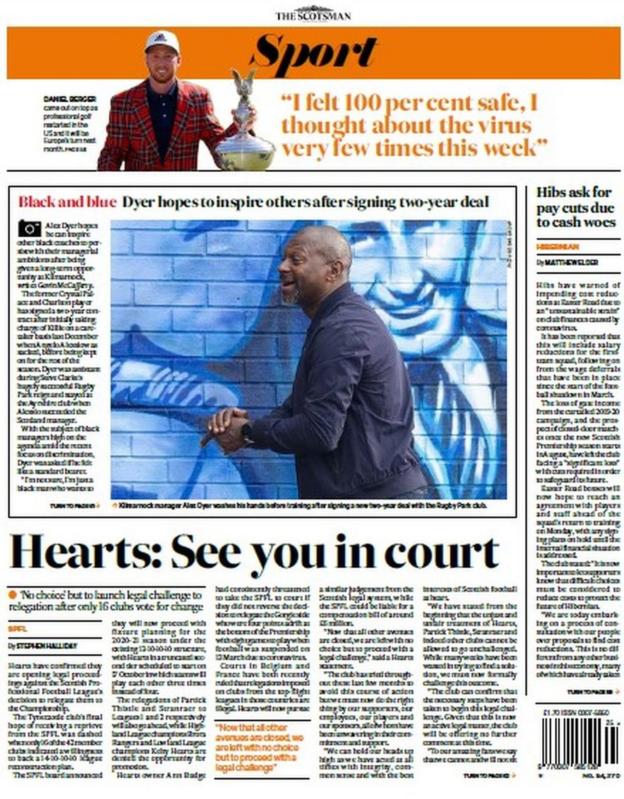 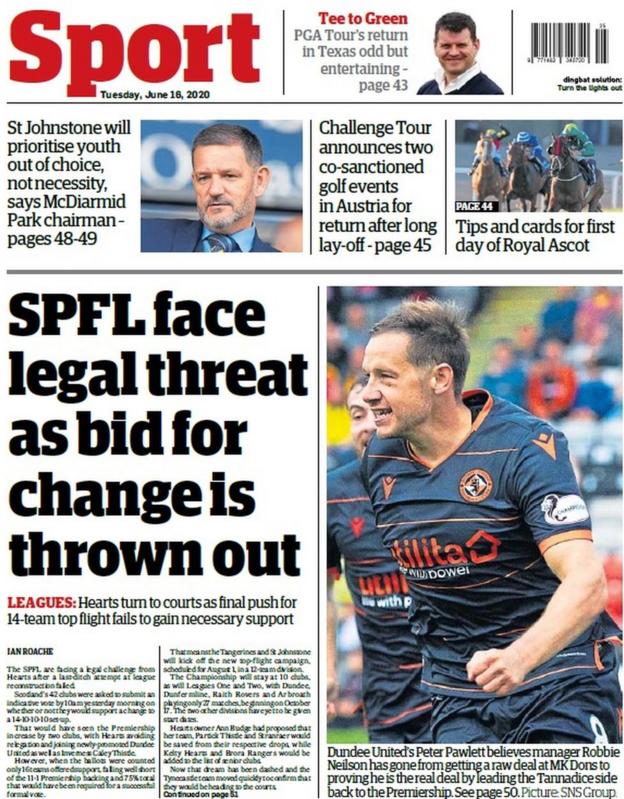