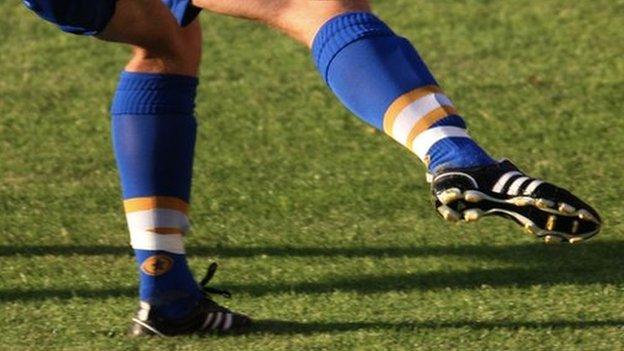 The New Saints Ladies have split from their parent club and reformed under the name Wem Town LFC.

The new club will continue playing in the Division 1 Midlands section of the FA Women's National League.

Wem Town LFC said in a statement that they had taken the decision after being informed "that TNS would be folding the English section of the ladies".

Although The New Saints are based in Oswestry, Shropshire, the men's team play in the Cymru Premier.

The Wem Town statement, released on Instagram, read: "We have now changed our name to Wem Town LFC after our move from The New Saints.

"TNS have made it clear that the ladies' section wasn't (and never was) high on their list of priorities.

"Unfortunately, we have not been allowed to bring across the prize money won by the ladies in the 2019/20 Women's FA Cup as that is now 'club money' at TNS.

"So we are starting from scratch in that sense, however the fantastic people at Wem have kept our club alive after being told two weeks ago that TNS would be folding the English section of the ladies."

Wem Town LFC said Lawrence Wilson is expected to continue as manager, along with much of the existing coaching and playing staff.