Celtic left-back Boli Bolingoli visited Spain before playing as a substitute in Sunday's draw with Kilmarnock, with his club investigating the breach of quarantine rules. Bolingoli has tested negative for Covid-19 and apologised to manager Neil Lennon, his team-mates and supporters. (Sun)

Egyptian winger Mahmoud Saber claims Rangers have made him a contract offer after taking the decision to depart Cairo club Al-Ahly, but the 18-year-old says Valencia and Benfica are among his other potential destinations. (Daily Record)

Celtic manager Neil Lennon has given his backing to Leigh Griffiths as the Scotland striker faces an internal investigation into an alleged breach of Covid-19 lockdown rules over a recent gathering at his house. (Daily Record)

Neil Lennon is convinced that Celtic's ongoing investigation into striker Leigh Griffiths' surprise birthday party for his girlfriend is not "a big issue" and the manager hopes it will "be resolved in the next couple of days". (Scottish Sun)

Rangers manager Steven Gerrard, who said last week that Alfredo Morelos had his head "turned" by interest from French club Lille, says he had a heart-to-heart chat with the striker before the Colombian returned to form by scoring twice in Sunday's 3-0 win over St Mirren. (The National) 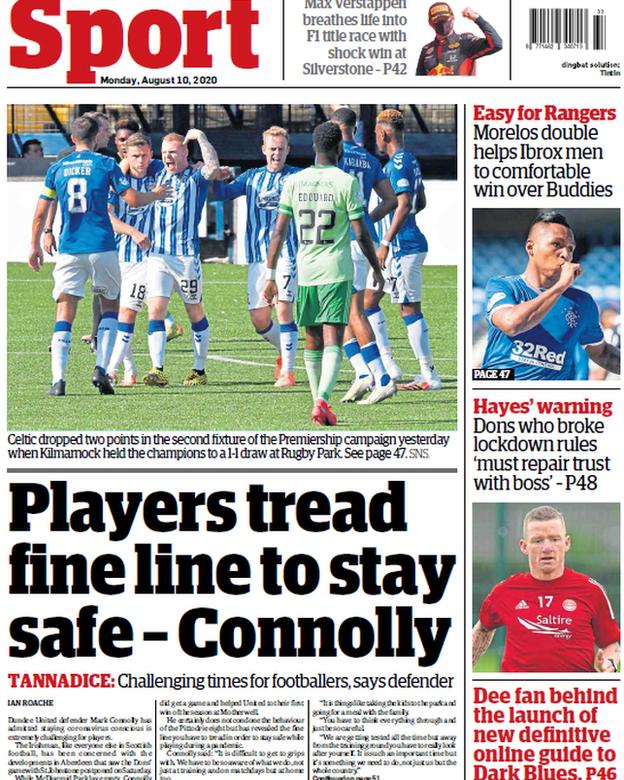 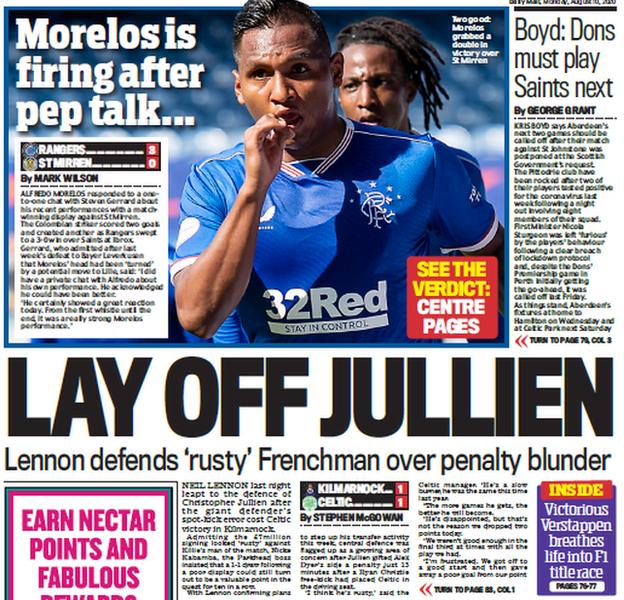 Celtic need to wait for Scottish government clarification if their Champions League first qualifying round tie against KR Reykjavik can be played in Glasgow on 18-19 August, with the Icelandic league currently suspended because of Covid-19. (Scottish Sun)

Celtic goalkeeper Conor Hazard, the 22-year-old who has already had loan spells with Falkirk, Partick Thistle and Dundee, is a transfer target for English League One club Accrington Stanley. (Scottish Sun)

Rangers manager Steven Gerrard is confident that goalkeeper Allan McGregor will return to fitness in time to face St Johnstone on Wednesday but praised summer signing Jon McLaughlin for his debut display against St Mirren on Sunday. (The Herald) 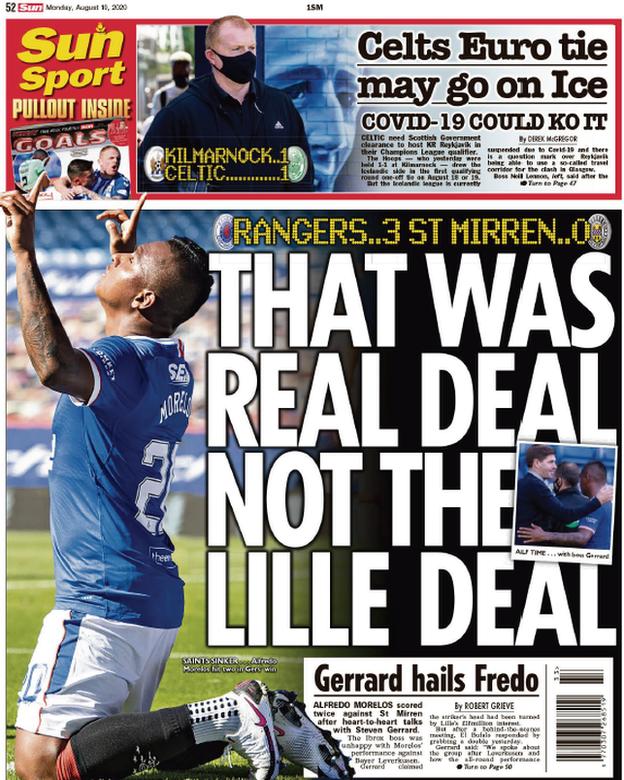