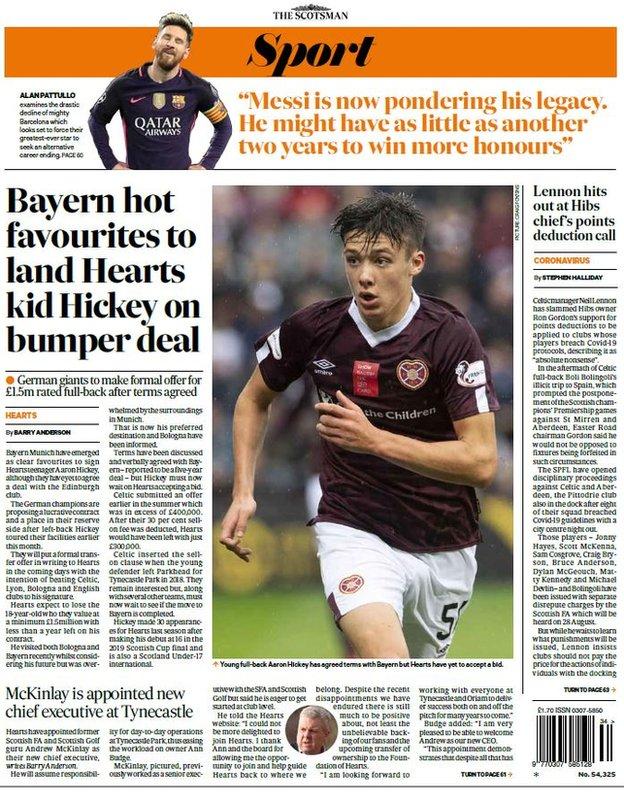 Bayern Munich will offer Hearts £1.5m to sign their 18-year-old left-back Aaron Hickey, who is said to have been "overwhelmed" by the set-up at the Bundesliga giants. (Scotsman) 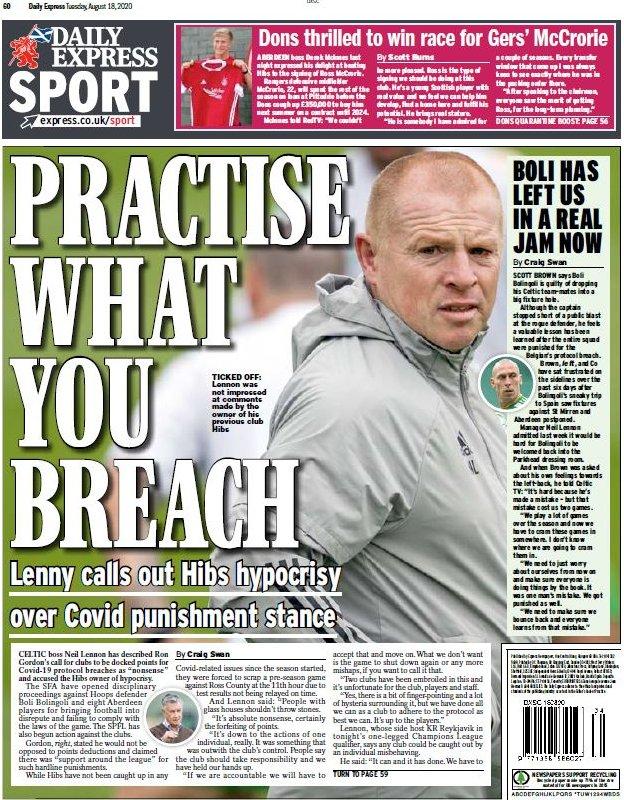 Celtic manager Neil Lennon describes as "nonsense" the suggestion by Hibernian majority stakeholder Ron Gordon that clubs should be docked points if they or their players are involved in Covid-19 breaches. (Daily Express, paper edition) 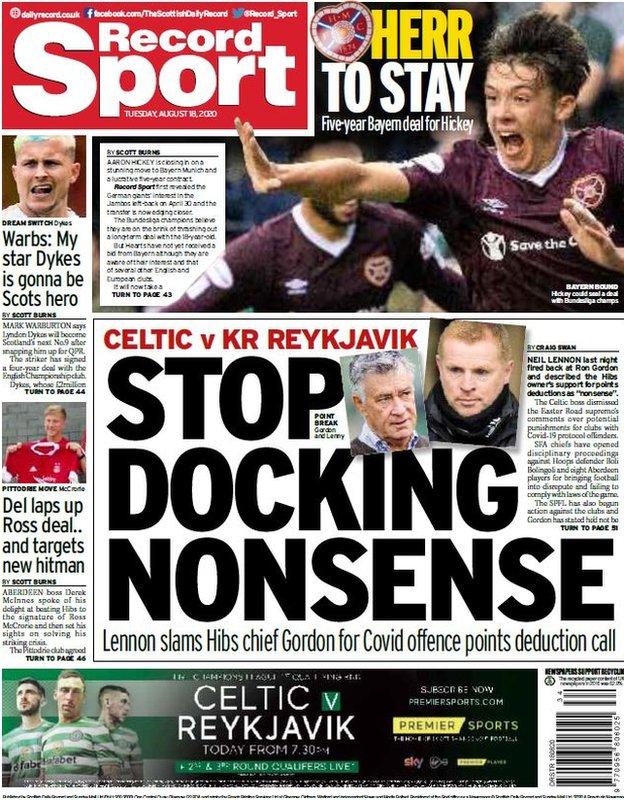 Neil Lennon tells Ron Gordon that "people with glass houses shouldn't throw stones", but the Hibs owner believes there would be "support around the league" for such a punishment. (Daily Record)

Former Rangers midfielder Thomas Buffel, who watched Ianis Hagi's performances for Genk in Belgium, thinks it is "not fair to put the pressure on one man" as Rangers look to their £3.5m signing to break down stubborn defences like Livingston's in Sunday's goalless draw. (Daily Record) 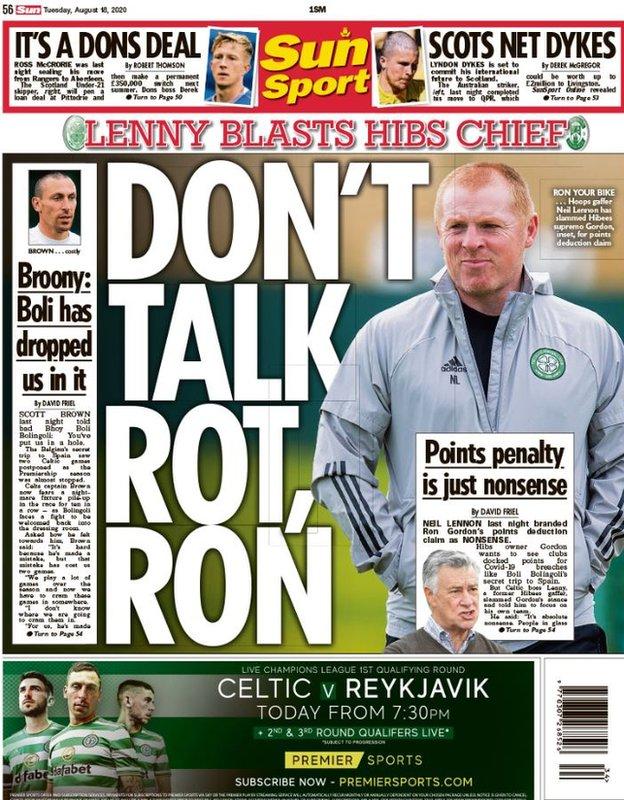 Celtic captain Scott Brown feels that team-mate Boli Bolingoli, whose failure to quarantine on return from a 24-hour trip to Spain led to Celtic matches being postponed, has caused the team a fixture pile-up. "For us it was one man's mistake and we got punished as well," said Brown. (Sun) 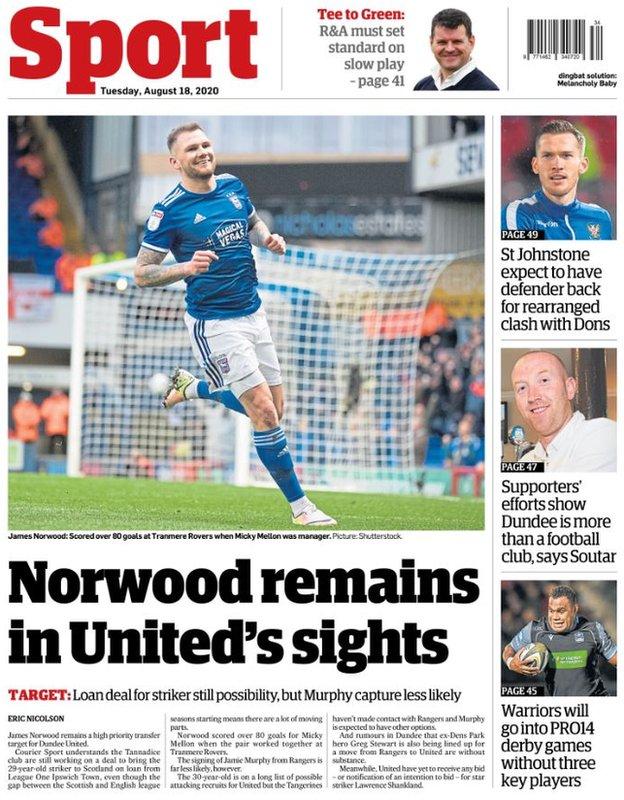 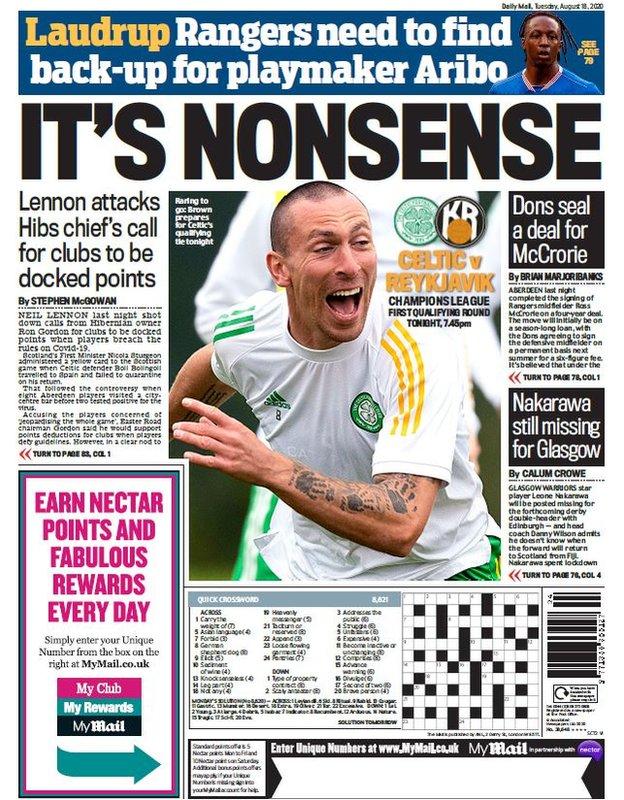