Imagine trying to pass to a team-mate or avoid an opponent, but you can't because this is what you see... 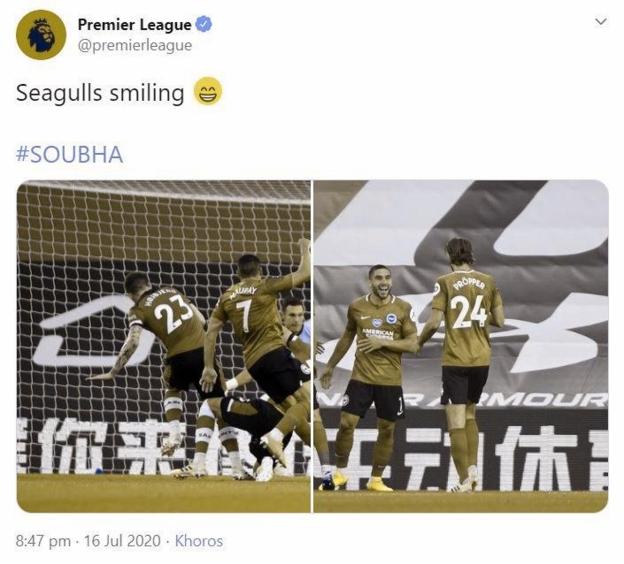 From the grassroots to the highest professional level, colour blindness can impact the performance of players and coaches, spoil the enjoyment of watching sport (live or on TV), and affect commercial deals.

Kit clashes, coloured footballs under floodlights, signage and multi-coloured digital content can be problematic for people affected. A staggering one in 12 men suffer from colour blindness, and one in 200 women, amounting to a worldwide community of over 300 million people.

Despite this statistic, all too often colour blind fans find themselves unable to tell the teams apart, buy tickets independently or even see the ball.

Throughout the season, colour blind fans take to social media to vent their frustration and make the leagues and broadcasters aware of their ongoing oversight. In the Premier League during the last campaign, there were constant kit clashes being flagged up by viewers. 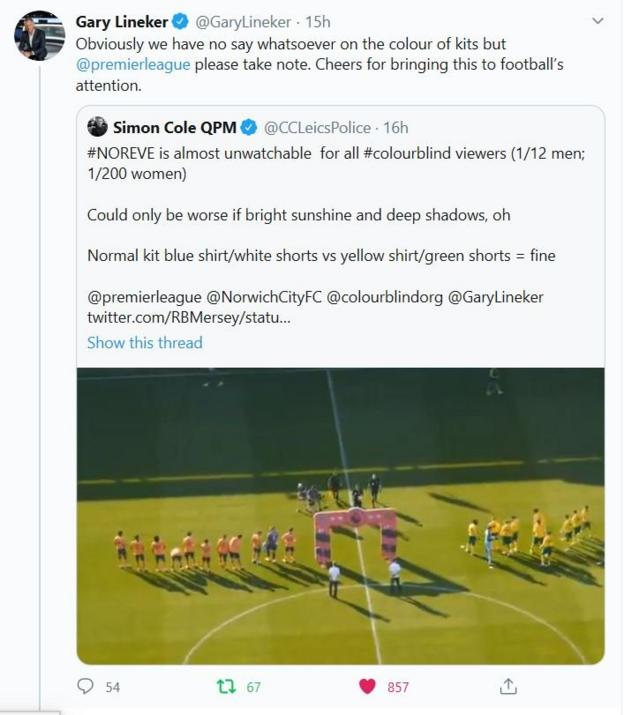 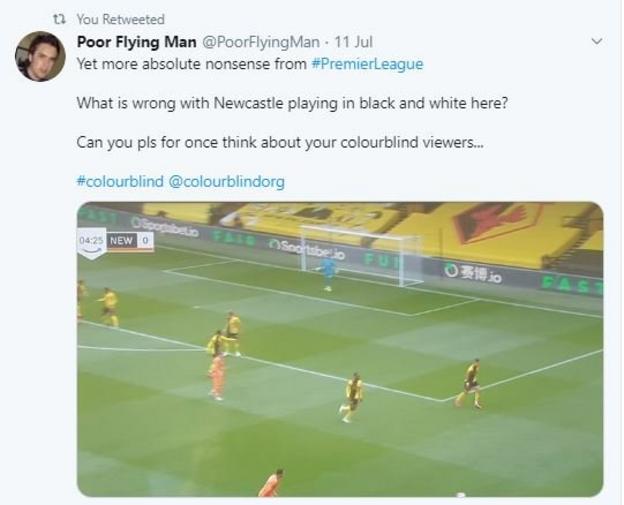 This is common across leagues around the world, and also in the international game. The same questions are asked of Fifa and Uefa during major tournaments, with many high-profile matches causing difficulty.

This is not just a problem for viewers, but players too.

Very few players are publicly colour blind, some due to lack of awareness, and others to avoid the risk of it damaging their chances of getting selected.

Coaches face similar issues, with equipment and training wear often invisible or difficult to distinguish between.

What is being done?

There is growing pressure on the key stakeholders, and some steps are beginning to be made to help raise awareness and consider colour blind people in all aspects of the game.

As far back as 2014, the FA Cup swapped its traditional white for a new pink Nike football, designed to be highly visible. However, it was clearly anything but, with colour blind people unable to distinguish the ball from the pitch.

After attracting fierce criticism from fans and commentators alike, the FA swapped back to a mainly white ball just a few months after release.

The FA has been active in campaigning and educating people ever since, releasing this animation last year to give people an appreciation of the challenges faced by players and fans. In partnership with Uefa, it co-authored colour blindness guidelines that are now being adopted by more clubs and national associations.

Last season in the Premier League, Burnley were instructed by the Premier League not to wear their alternative green strip in their match against West Ham, prompting the release of a speedily designed, special edition white kit to avoid any clashes. 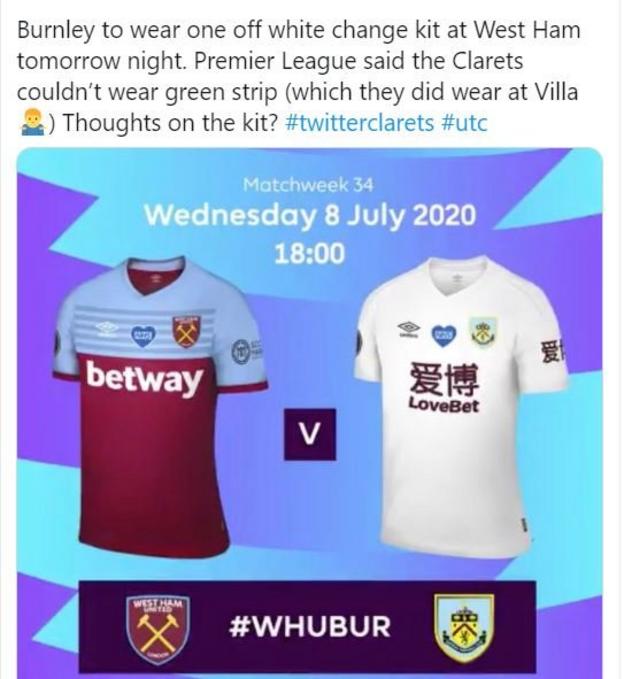 This weekend, Nations League matches will be the focal point for this year's Colour Blind Awareness Day (6 September), with many leading national associations and players participating in a campaign. Through a European Union-funded scheme run by Tackling Colour Blindness In Sport, the likes of Portugal and Manchester United's Bruno Fernandes and Iceland and Everton's Gylfi Sigurdsson have pledged their support.

"Not being able to watch a match on TV in full colour, to help easily distinguish between teams, referee cards and coloured objects in the stands seems almost unimaginable to me," said Fernandes.

"None of my team-mates has identified as colour blind but for sure there are many in football who may face a range of difficulties when playing or watching the game.

"That's why it's so important to raise awareness, provide greater information and make changes so that those who live with colour blindness don't feel left out and experience the game to the fullest."

"I was at Reading's academy for many years with a colour blind player, Nicholas Bignall, who went on to play at a Premier League club. At the time I didn't realise he was colour blind and didn't appreciate until now how much more challenging training was for him if we used equipment he couldn't tell apart. This must have made it much more difficult to earn a place in the squad at times."

Matt Holland, best known for his time with Ipswich, Charlton and the Republic of Ireland, is an example of a player who had to deal with colour blindness while competing at the top level.

"Generally I was OK in games but occasionally struggled when the kits were quite close colour wise. The biggest challenge was having to take a split second longer to make a decision on where I was going to pass the ball to make certain I was passing to a team-mate."

"As a commentator now, I think it is imperative that colours of opposition sides are vastly different, and it would be helpful if the numbers on the back of shirts were more visible."

Despite ongoing kit clashes and social media frustrations, slow progress is clearly being made by the decision makers of football.

"The good news is that implementing procedures to assist and protect those with colour blindness in sport is relatively simple," said Kathryn Albany-Ward, founded of Colour Blind Awareness.

"Much of the time, all that's needed is a little goodwill and forward planning, and solutions can have positive benefits for teams, fans, sponsors and broadcasters."