Rangers rejected an £8m bid this summer from Leeds United for Borna Barisic, the 27-year-old who has also been linked with Napoli and Roma, and the English club have since turned their attention to fellow Croatian defender Josko Gvardiol from Dinamo Zagreb instead, according to reports in Croatia. (Sportske Novosti via Scottish Sun)

Celtic are already hoping to agree a permanent transfer for Shane Duffy after the Republic of Ireland centre-half arrived yesterday on a season-long loan from Brighton & Hove Albion. (Daily Record)

Celtic target Rodrigo Riquelme is on trial at Reading as the 20-year-old winger looks to win himself a loan deal at the English Championship club from Atletico Madrid. (Glasgow Evenng Times)

Arsenal full-backs Ainsley Maitland-Niles and Scotland's Kieran Tierney, both 23, will now stay at the club after manager Mikel Arteta made it clear he wanted both to be a part of his squad. (90mins)

Hibernian are poised to sign 24-year-old goalkeeper Dillon Barnes on loan from Queens Park Rangers as head coach Jack Ross has only youngster Kevin Dabrowski on the books to act as back up for Israel international Ofir Marciano. (Edinburgh Live) 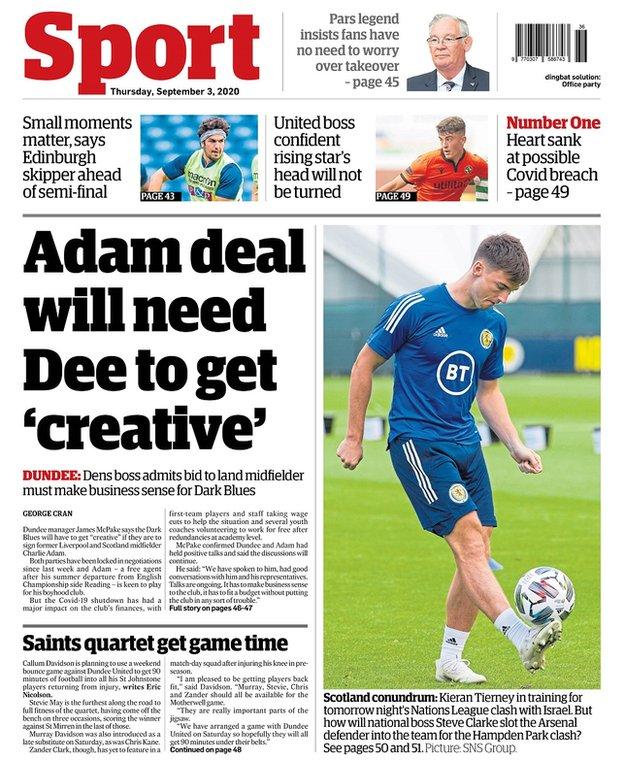 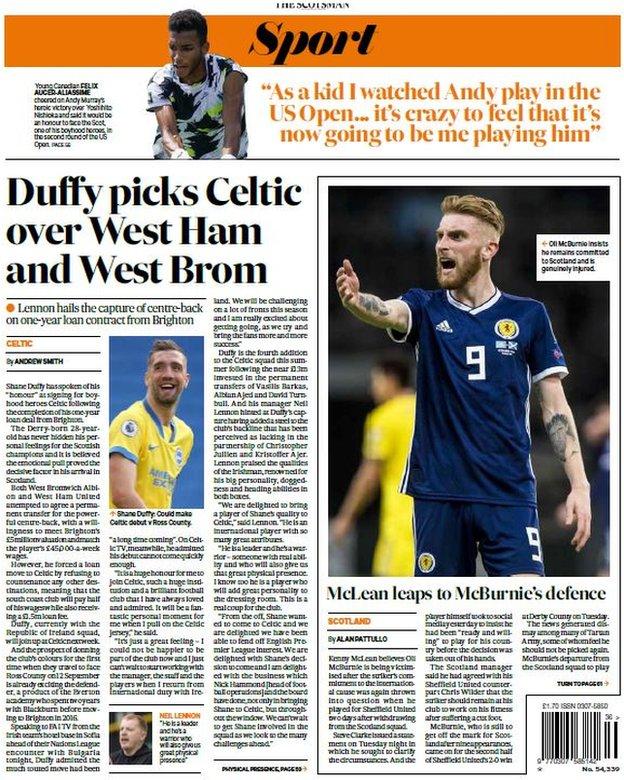 Dundee United have been told they will have to pay a six-figure loan fee if they want to re-sign 25-year-old Slovakia striker Pavol Safranko, who switched to Romanian club Sepsi Sfantu Gheorghe a year ago, but the Scottish Premiership club are also interested in Ipswich Town 29-year-old James Norwood. (Daily Record)

Sheffield Wednesday's potential signing of midfielder Josh Windass could earn Rangers a £500,000 payment because of money owed by current club Wigan Athletic to the Glasgow outfit. (The National)

Bologna intend to "do everything possible" to sign 18-year-old Aaron Hickey from Hearts and use him as deputy for first-choice left-back Mitchell Dijks, according to Walter Sabatini, who works in a technical director capacity for the Italians, as Hearts hold out for an increase in their £1.3m offer because Celtic are due 30% from their sell-on clause. (Edinburgh Evening News)

Hearts have taken French midfielder Yann Songo'o, a free agent after his contract expired with Scunthorpe United, on trial. (The Scotsman)

Christy Grimshaw says qualification for the Women's Champions League is a must for AC Milan as the 24-year-old midfielder targets a first Scotland call-up after scoring a double for the Italians in their second league game of the season following her summer switch from Metz. (Anyone's Game) 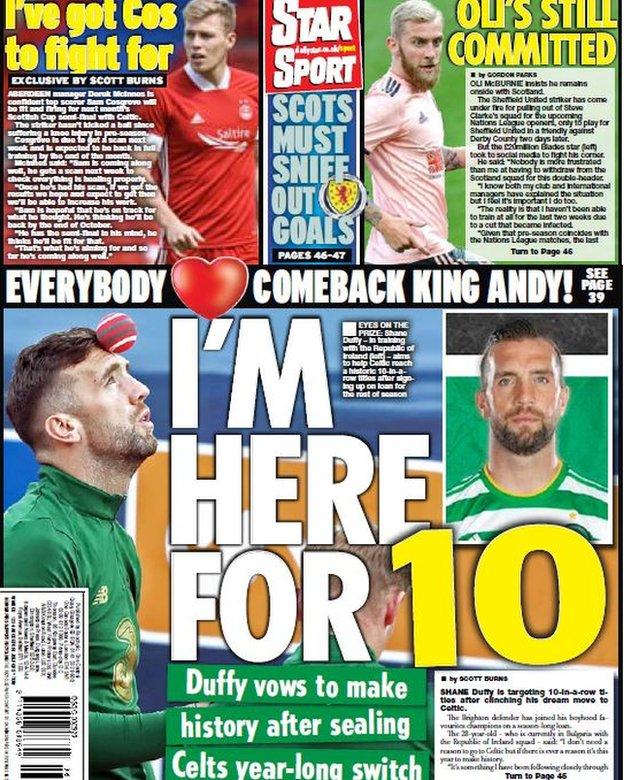 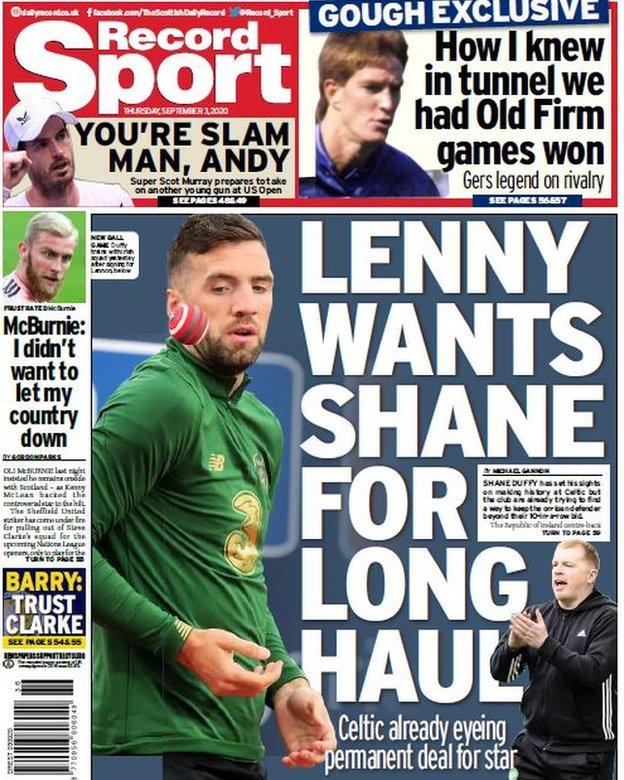 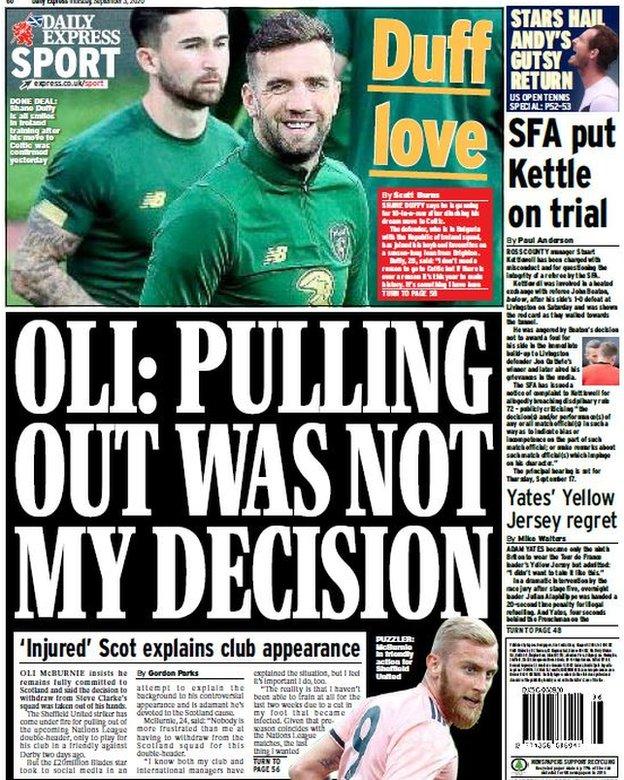