Celtic are hoping to sign Queens Park Rangers forward Bright Osayi-Samuel on a bargain deal, despite him being rated at £5m. However, the player reportedly wants Crystal Palace to swoop in for him. (Scottish Sun)

Aaron Hickey says a chat with Hearts captain Steven Naismith convinced him that a move to Serie A side Bologna was the right move for him. (Scottish Sun)

Celtic have slapped a £15m price tag on defender Kristoffer Ajer while eyeing a Norwegian replacement for the centre-half if he goes. (Daily Mail - print edition) 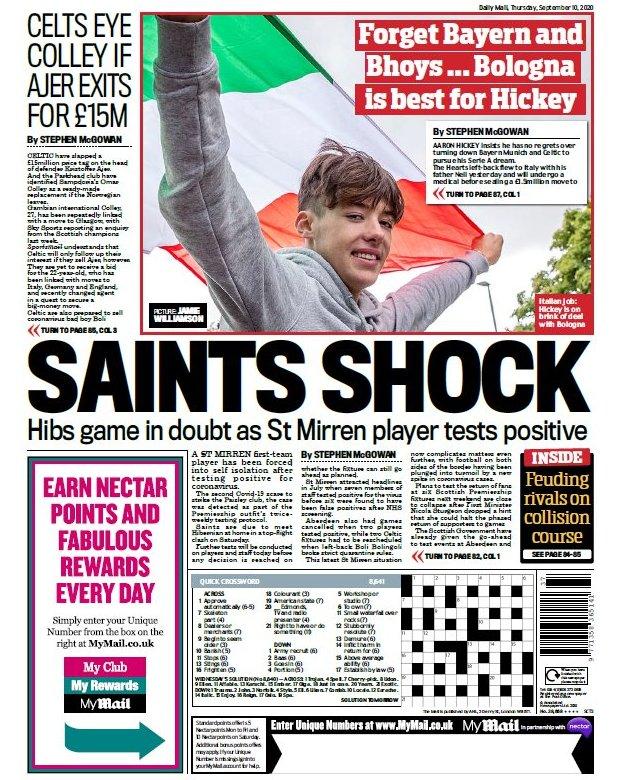 Czech Republic's goalscorer Jakub Pesek says he had to be dragged out of a spa when he heard he was being called up to play against Scotland. (Scottish Sun)

St Johnstone's Jamie McCart says third place in the Scottish Premiership is up for grabs this season. (The Courier)

Midfielder Florent Hoti is expected to sign for Dundee United after impressing on trial. (Daily Record) 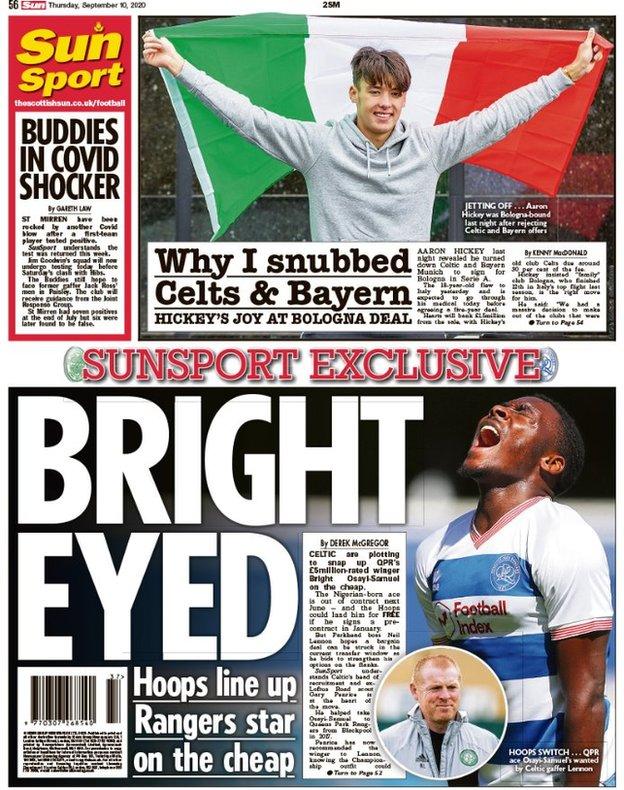 Celtic's Boli Bolingoli has held talks with Roma as he nears the Parkhead exit door after his Covid-19 lockdown breach. (Scottish Sun)

Celtic youngster Scott Robertson is heading on loan to League One Gillingham after penning a new Parkhead deal. (Scottish Sun)

Bournemouth want to re-sign Scotland winger Matt Richie from Newcastle United but have been unable to match the 30-year-old's personal terms. (Newcastle Chronicle) 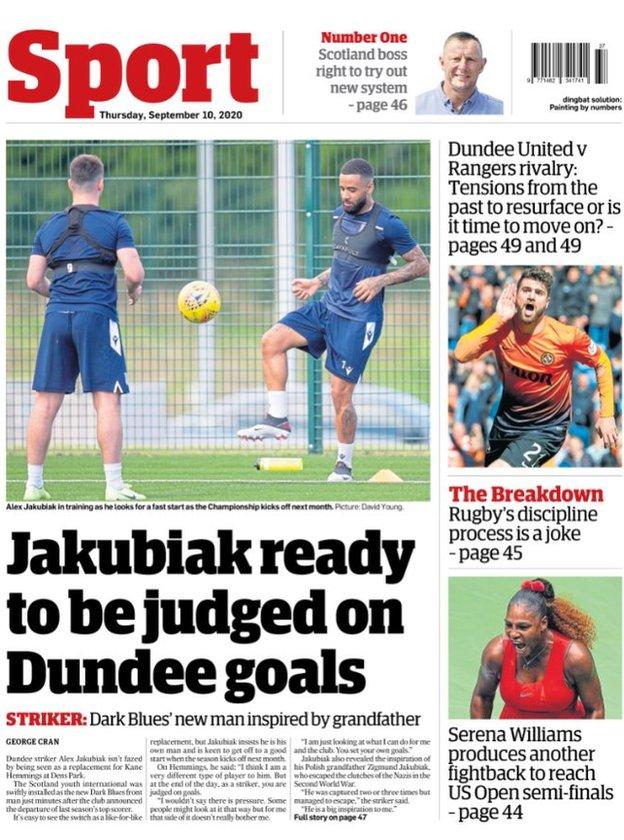 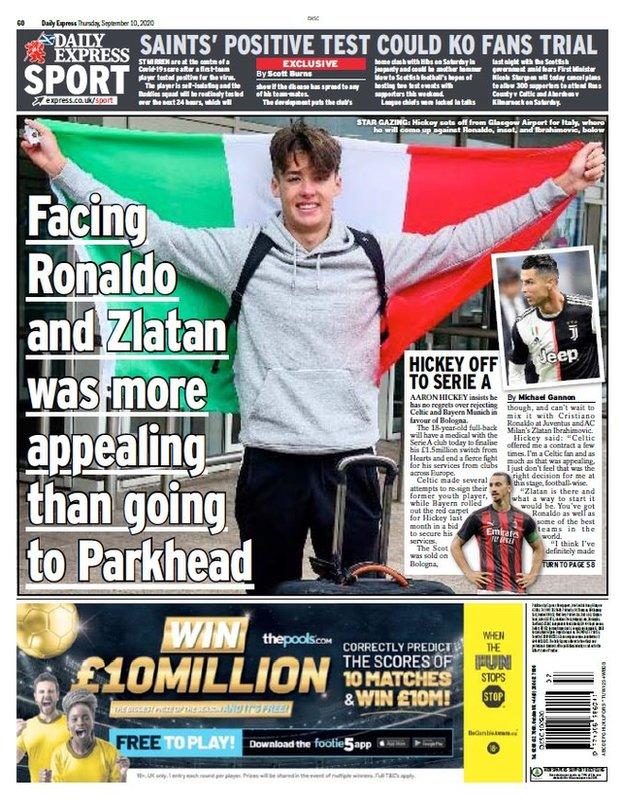 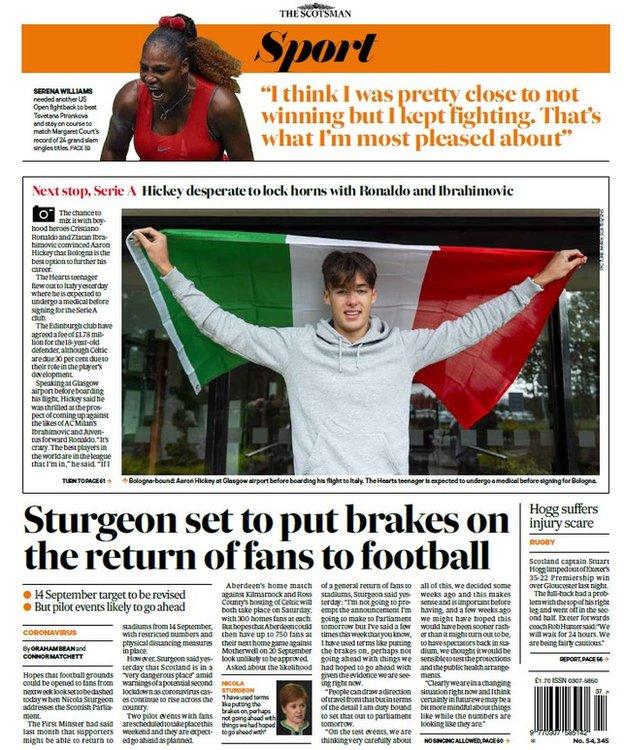