The Republic of Ireland's hopes of qualification for the Euro 2020 finals are over after they lost 4-2 on penalties in the play-off in Slovakia.

The game was goalless following extra time after the Republic missed a series of glorious opportunities.

The Tottenham full-back's shot cannoned back off the woodwork after Hourihane and Robbie Brady had been successful with their spot-kicks.

It was a devastating conclusion to the Republic's Euro 2020 qualifying campaign which saw Stephen Kenny taking over the managerial reins from Mick McCarthy heading into the play-off.

Kenny's side undoubtedly deserved to progress to an all-Irish play-off final with Northern Ireland in Belfast on 12 November but were undone by a combination of poor finishing and bad luck.

If the Republic had progressed from the play-offs, they would have been guaranteed two home matches in Dublin in the new format multi-venue Euro finals but now will have to watch from the sidelines as the competition comes to the Aviva Stadium.

Kenny has to make Covid-enforced changes

Republic boss Kenny's selection showed six changes from the Nations League defeat by Finland as he had to leave Brighton striker Aaron Connolly and Norwich forward Adam Idah out of the squad entirely after they were deemed to have had close contact with a second backroom staff member who tested positive for Covid-19 in Bratislava after Tuesday's first positive test with the camp.

The Irish midfield and attack was entirely changed from the Finland game as Jeff Hendrick, James McCarthy, Hourihane, David McGoldrick, Callum Robinson and James McClean were drafted in.

Slovakia had also been badly affected by Covid-19 issues with Inter Milan defender Milan Skriniar ruled out after testing positive for Coronavirus and Stanislav Lobotka missing because of an outbreak at his Italian club Napoli.

As the Slovaks carried little goal threat for most of the first half despite some intricate build-up work, with Marek Hamsik pulling the strings, the Irish were largely untroubled early on.

Stoke winger McClean missed the first decent chance on 37 minutes as he pulled his close-range shot across the face of goal which allowed Slovakia defender Martin Valjent to block the effort.

After having attempted to walk the ball into the Republic's penalty area for most of the first half, Slovakia finally created danger on the stroke of half-time as the lively Ondrej Duda tested Darren Randolph were a low curling shot before going close ahead with a hooked effort following the resultant corner.

However, the introductions of Brady and Browne for McClean and the injured James McCarthy on 60 minutes seemed to give the Irish renewed energy.

The first of Browne's three missed chances came in the 70th minute as he fired near post with only Rodak to beat from eight yards out on the right when a shot across the keeper probably represented the better option.

Rodak made the save and was to deny Browne again in the shootout.

Shane Duffy did need to make a brilliant goalline clearance to prevent substitute Lukas Haraslin from putting the home side ahead on 75 minutes but the visitors were doing most of the pressing.

Aston Villa midfielder Hourihane's 85th-minute miss may haunt him as his weak right-foot effort was blocked on the line by Juraj Kucka when the net should have bulged.

The Republic continued to dominate in extra time as Browne was hugely unfortunate to see his flicked effort hit the foot of a post after brilliant work by substitute Callum O'Dowda.

In the early stages of the shootout, West Ham keeper Randolph looked more likely to be the hero as he got particularly close to Haraslin's third Slovakia's penalty.

But Browne's third Irish spot-kick was a good height for Rodak to make the save to his right. 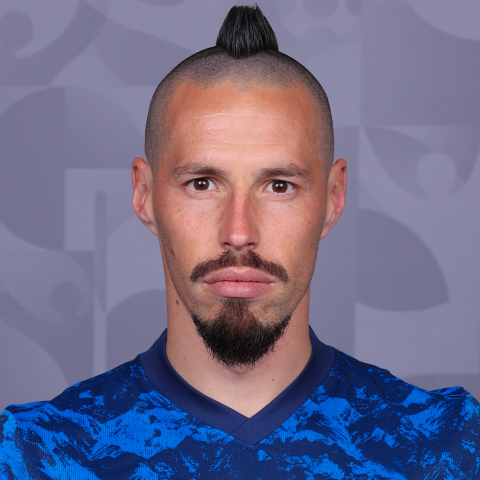