Premiership clubs will hold a Covid-19 crisis summit next week amid fears the season may not be completed if fans are not allowed to return to games for six months. (Daily Record)

Boss Derek McInnes admits Aberdeen sold Scott McKenna to Nottingham Forest for less than he's worth, but insists the club will recoup his value when he moves to the Premier League. (Daily Express, print edition) 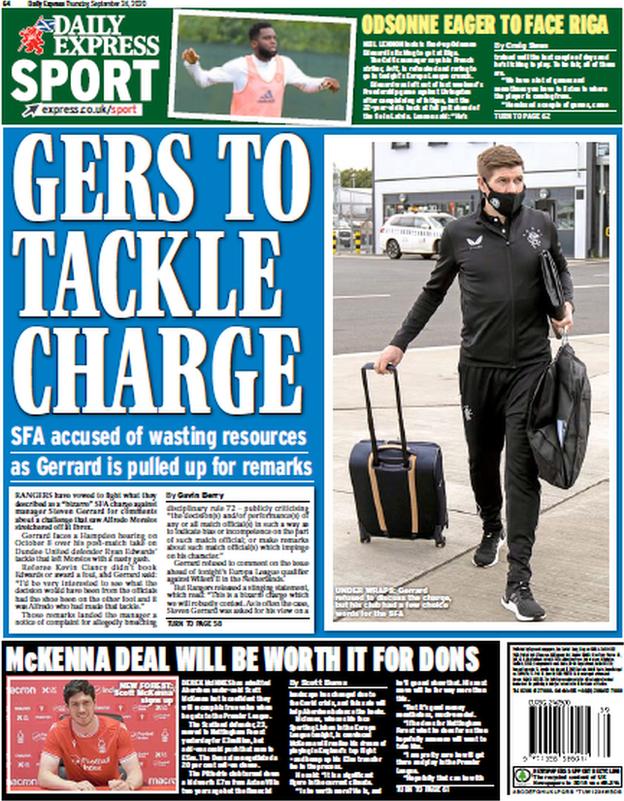 Aberdeen need to have "the game of our lives" to defeat Sporting in Lisbon and reach the Europa League play-off round, says McInnes. (Press & Journal)

Steven Gerrard has praised his Rangers side's "laser-like focus" in Europe and says they are driven by a fear of "being embarrassed at this level". (Scotsman, subscription required) 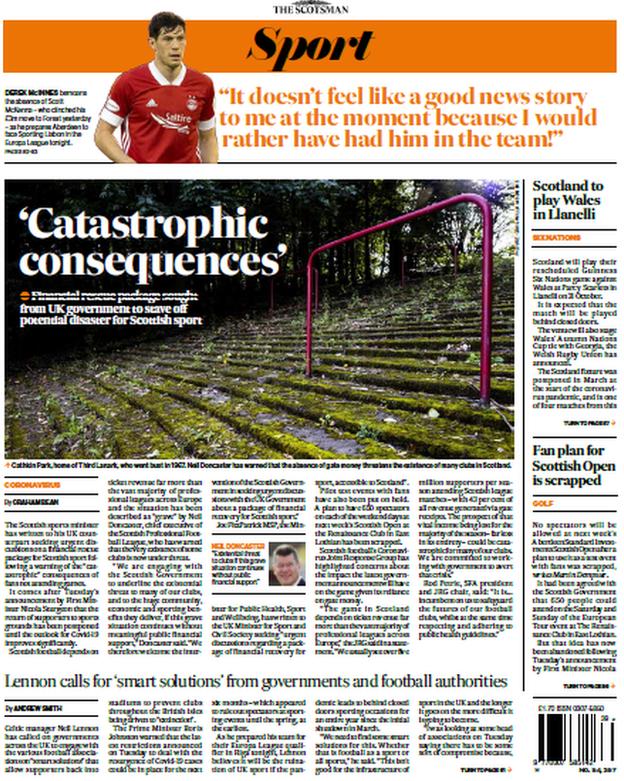 West Ham's Scottish boss David Moyes, who must self-isolate for a further nine days after testing positive for Covid-19, is set to oversee the squad's training sessions via Zoom from his east London flat. (Sun) 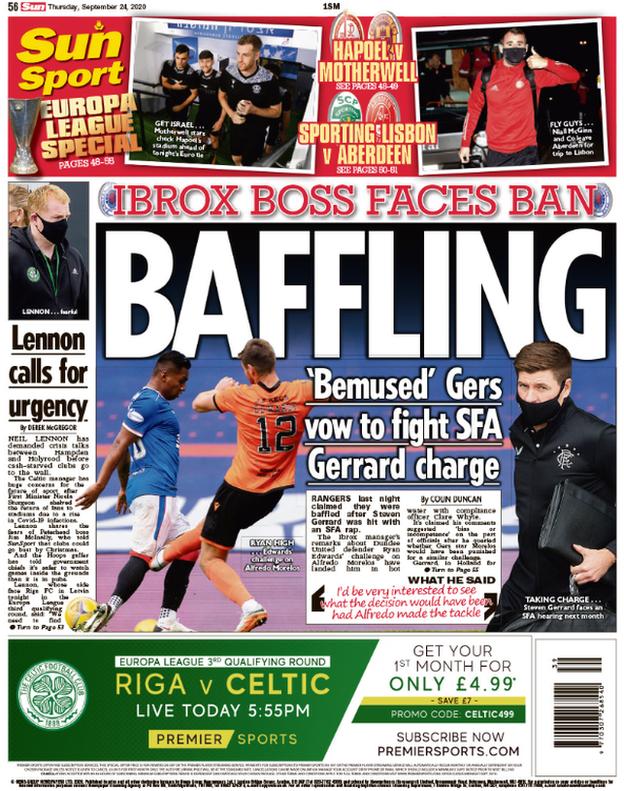 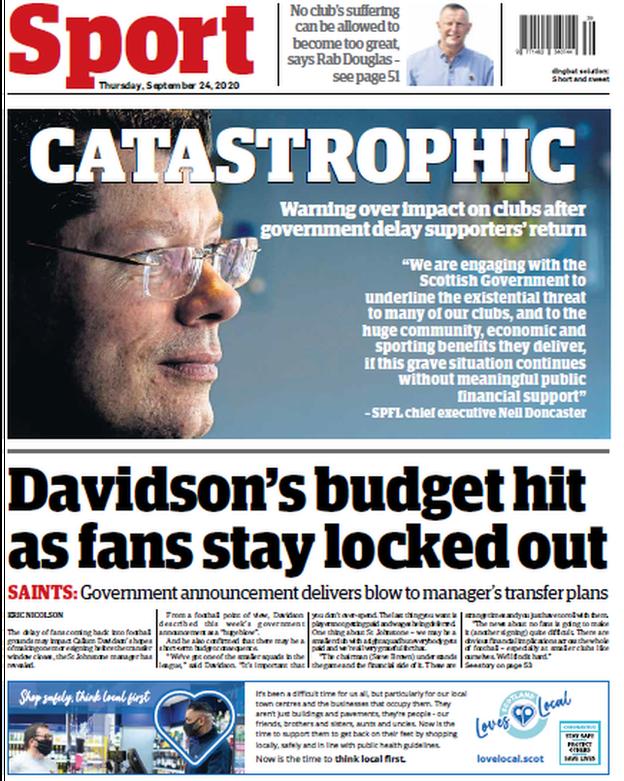