Manager Steven Gerrard has told Alfredo Morelos to focus on impressing Rangers fans and not concern himself with Carlos Queiroz, the Colombia boss who will be tuned in to the Europa League play-off against Galatasaray and legendary striker Falcao. (Daily Record)

The Challenge Cup is in doubt this season, with the SPFL writing to clubs in the three lower tiers to ask if they can afford to compete in the competition while fans remain locked out of their grounds. (Daily Record)

Steven Gerrard says Rangers have "big respect" for Galatasaray but insists his side will head into tonight's game at Ibrox showing no fear. (Daily Mail)

This season's Champions League exit still stings for Neil Lennon as he insists Celtic are better than Ferencvaros, who beat them in Glasgow and have now progressed to the group stage. (Glasgow Times)

Celtic manager Neil Lennon hints that Leigh Griffiths could have a role to play in the Europa League play-off away to Sarajevo, with the striker fit again almost seven months after his last competitive match. (Scotsman)

Scott McKenna is "a massive loss" to Aberdeen, says Lewis Ferguson, but the midfielder is backing Tommie Hoban and Mikey Devlin get over their injury breaks and help replace the departed centre-half. (Press & Journal)

"I didn't think I was coming back," says midfielder Olly Lee, who is ready for a fresh start at Hearts. (Edinburgh Evening News) 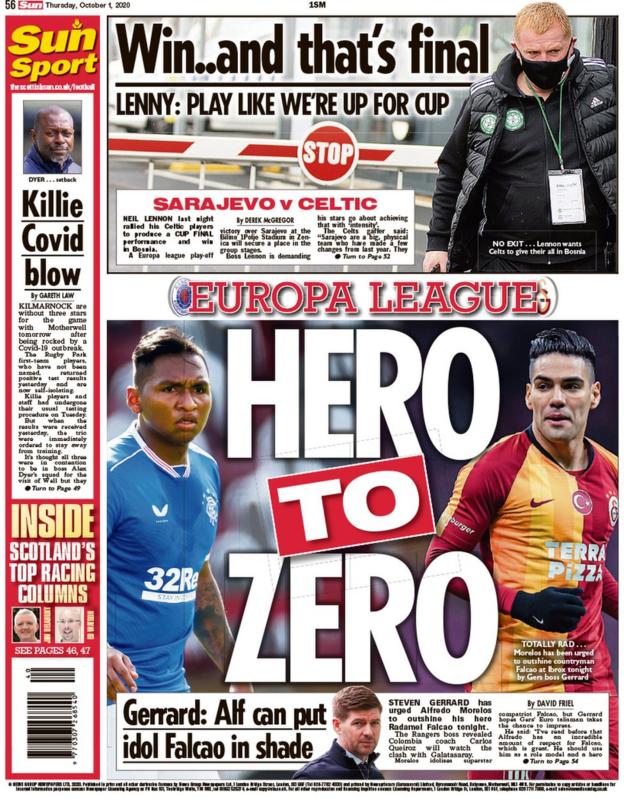 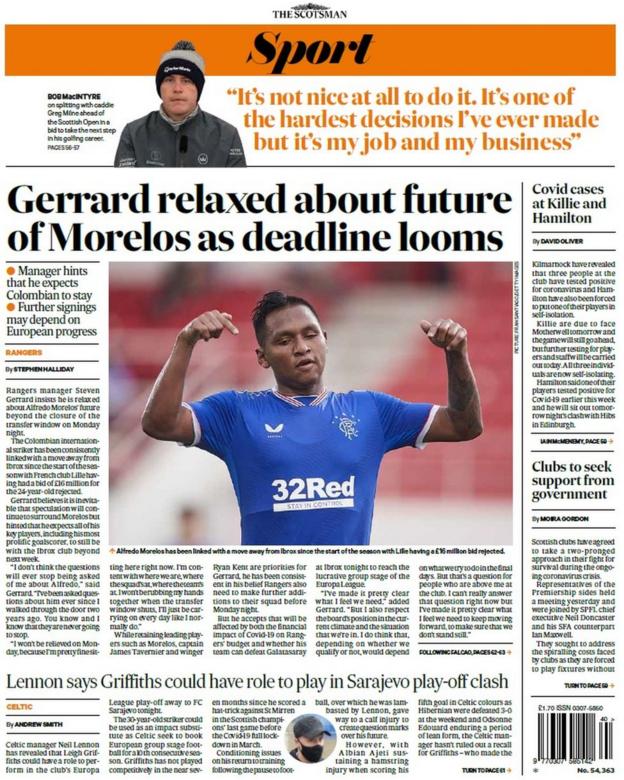 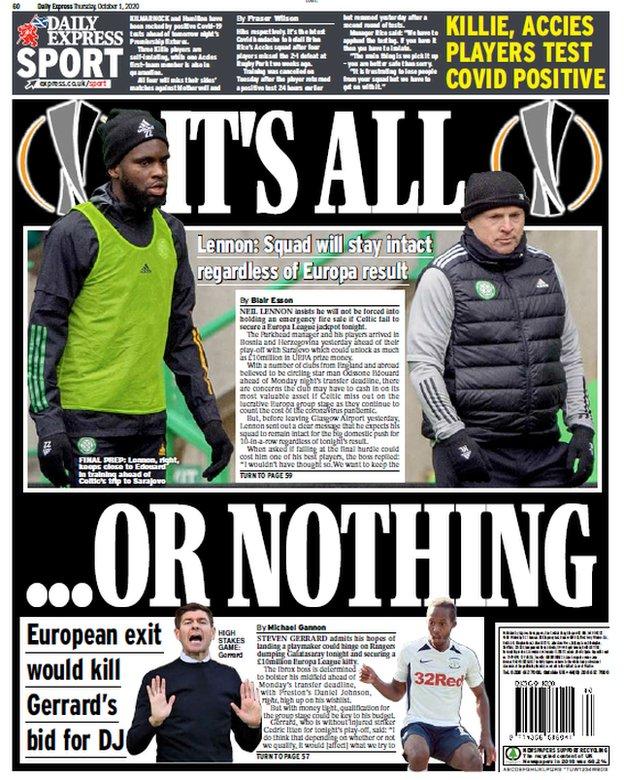 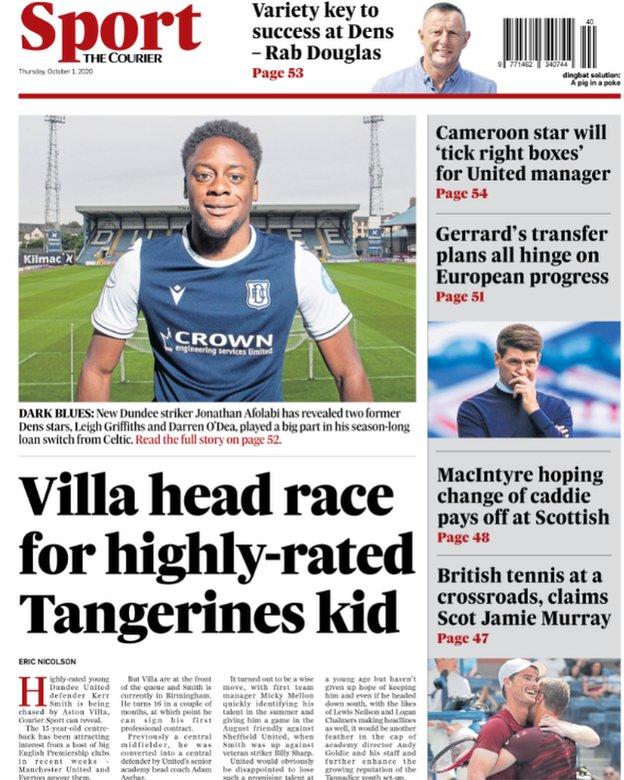