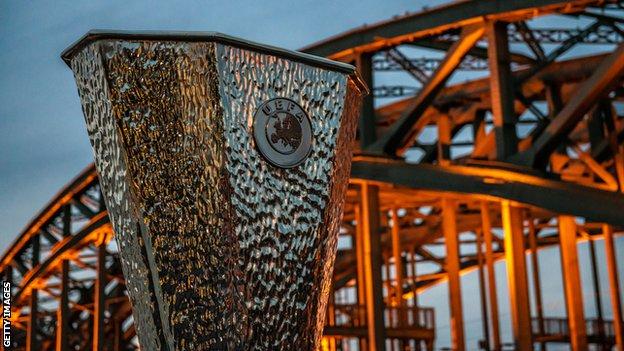 Will Brendan Rodgers be returning to Celtic Park? Or perhaps Mikel Arteta will be back at Ibrox?

Those are just a couple of the storylines that could unfold when the Europa League draw is made at 12:00 BST on Friday in Nyon.

Celtic beat Sarajevo and Rangers edged out Galatasaray on Thursday to ensure both will feature in the group stage for the third straight year.

BBC Scotland takes a look at what lies in wait...

One of the most mouth-watering potential opponents for Celtic is Leicester City and a reunion with double-treble winning manager Brendan Rodgers. He will be welcomed back to Celtic Park, right? One of those trebles was an invincible one remember...

There is also the possibility of drawing Italian giants AC Milan from Pot Three, or yet another meeting with their old friends Cluj of Romania.

As for Pot Four opponents, Lille - second in Ligue 1 after five games - look like the most dangerous team for both Old Firm sides, while Dundalk of the League of Ireland would add some intrigue.

Rangers, who are in Pot Three, could get a couple of seriously strong teams. Say Arsenal, Tottenham, Napoli or last season's conquerors Leverkusen from Pot One, then Leicester or recent Champions League group stage side Red Star Belgrade from Pot Two.

On paper Omonia Nicosia look like the most favourable Pot Four side. 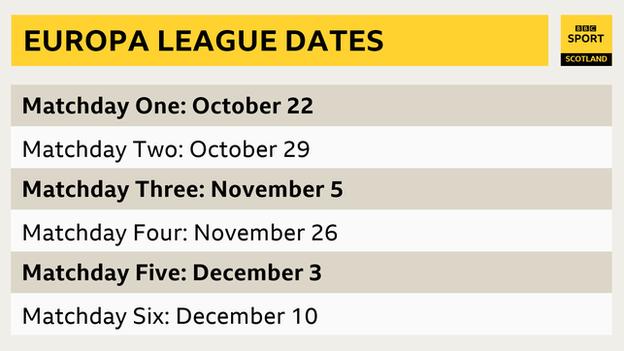 What do the managers say?

Celtic manager Neil Lennon: "You never know what the draw will bring, hopefully it'll bring a couple of cracking games like last year. The players deserve it after the work they've put in. Both teams have done great over the past few years and really raised the bar."

Rangers manager Steven Gerrard: "We'd still like to keep progressing and moving it forward. The players are obviously very happy in the dressing room but the key for me is to make sure we're having good nights come May. It's very important, European football, but for me it's about success in May."

What about the coefficient?

The Old Firm's exploits last season have earned two Champions League qualifying places for next term, and another strong group campaign could turn one of those into an automatic group stage place.

Rangers doing for Galatasaray is a significant step in that direction, given Turkey are the nation immediately above Scotland in the coefficient rankings. Both countries have two teams left, but Istanbul Basaksehir are in the Champions League where points are likely to be more scarce.

Finishing the season ranked in the top 11 is usually enough to claim that automatic place and Scotland currently sit 13th, two places behind Ukraine. They have an extra team left, but two of their representatives are in the Champions League.

Furthermore, with the four countries directly below Scotland - Denmark, Cyprus, Serbia and Switzerland - all down to one representative, a top-15 place and two Champions League spots looks relatively safe. 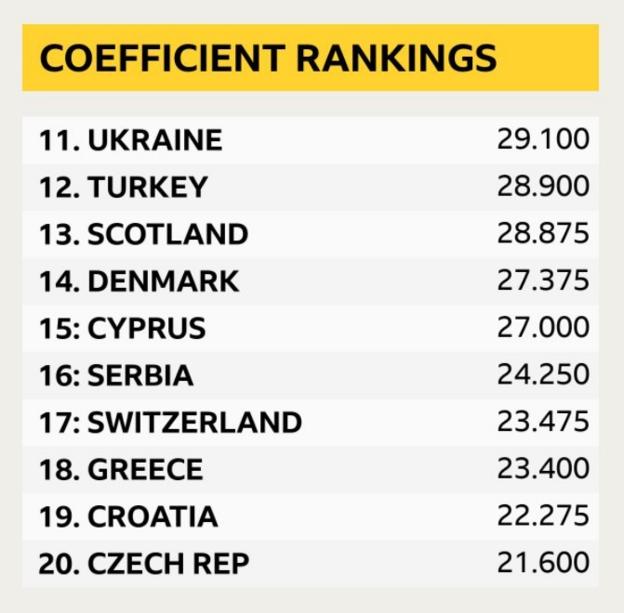