Rangers will open talks with winger Ryan Kent over a new contract after thwarting interest from Leeds. (Football Insider)

Celtic are set to challenge the government's Covid-19 guidelines after being told Odsonne Edouard and Ryan Christie could be forced to sit out the first Old Firm game of the season. (Daily Record)

Odsonne Edouard is almost certainly out of Celtic's league meeting with Rangers and may not even be able to fly back to Scotland until the day of the game after testing positive while on under-21 duty for France. (Sun)

Dundee United had to "stand firm" before the transfer window closed when "a couple of bids" came in for their players, says sporting director Tony Asghar. (Courier)

Rangers defender Filip Helander pulls out of the Sweden squad with injury after missing the weekend win over Ross County. (Scotsman)

Bongani Zungu has had an instant impact at Rangers with a big rise in social media followers in his first 24 hours at the club. (Sun)

"The early signs are that it is nothing too serious," says Hibs boss Jack Ross of the hamstring problem that forced Jamie Murphy off in last night's win over Brora Rangers but the winger is expected to sit out the next two League Cup group matches. (Edinburgh Evening News) 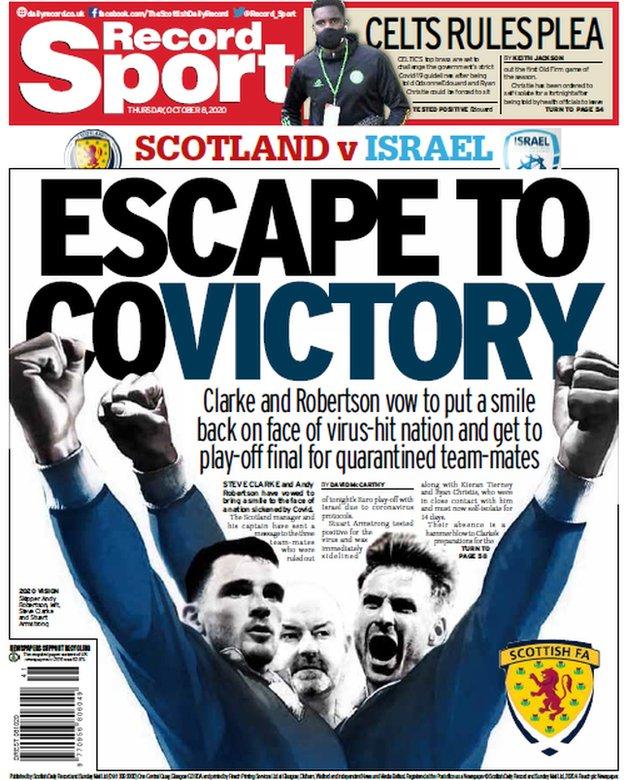 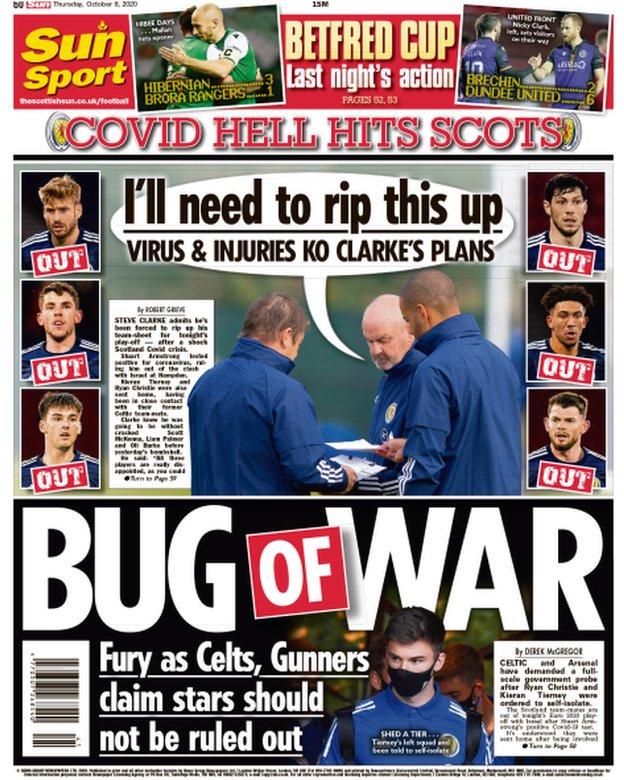 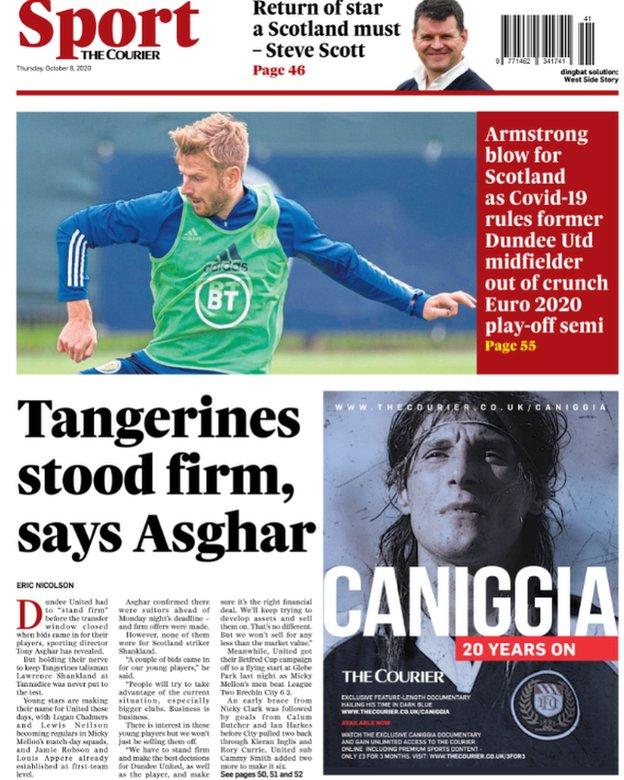 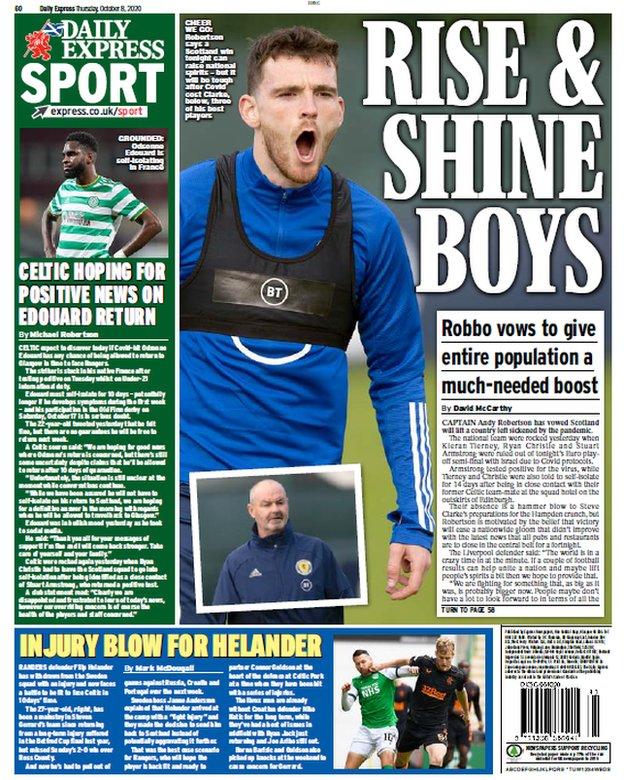 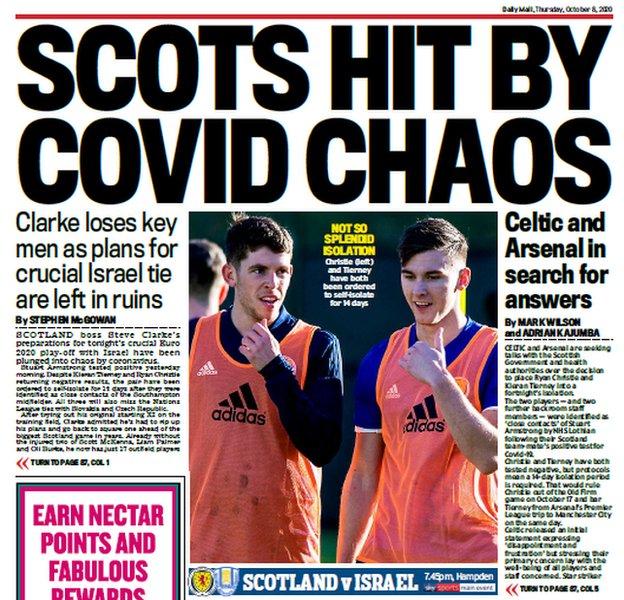