As punters across Scotland gawped through the windows of closed pubs to catch a glimpse of their national team's play-off penalty shootout, the usual fatalism kicked in.

"It's Scotland. They're not going to do this."

But one David Marshall save and five perfect spot-kicks later, fans were celebrating outside boozers that had closed halfway through extra time to adhere to Covid restrictions.

The added bonus? Scotland don't even have to face Norway and their goal machine Erling Braut Haaland to get to a first major tournament in 23 years.

But it wouldn't be Scotland without taking a dour look at the cold, hard reality facing the team as they look to achieve their ultimate goal. Here is what stands in the way of a place at Euro 2020...

There was certainly a presumption among some fans that a Haaland-inspired Norway would be the opponents to eventually end their dreams.

So if they were fearful of Borussia Dortmund's burgeoning talent - ably supported by RB Leipzig's Alexander Sorloth and Martin Odegaard of Real Madrid - then facing Serbia should come as good news, right? Wrong. Serbia are pretty decent.

Lazio midfielder Sergej Milinkovic-Savic came off the bench to score both his country's goals in Oslo, the second a delightful dinked finish.

His 6ft 3in frame makes him a threat in the air but he's far from just a physical player. His touch is fantastic - you know, for a big man - and is arguably the complete midfielder. Links to Europe's biggest clubs have been plentiful.

Sevilla's Nemanja Gudelj, Napoli's Nikola Maksimovic, and Dusan Tadic of Ajax started as the midfield three in Norway and bossed the game for large spells.

Fulham's Aleksandar Mitrovic is a handful up top and played alongside Filip Djuricic, who plays for an impressive Sassuolo side in Serie A and scored twice in Serbia's World Cup qualifying win over Scotland in 2013.

Veteran captain Aleksandar Kolarov marshalled a back three which managed to keep Haaland quiet. And they didn't even call on Real Madrid's £54m striker Luka Jovic off the bench.

Really, it's not much consolation at all.

Injuries and the spectre of Covid

As was ably demonstrated before the Israel game, injuries and the rapid spread of Covid-19 across Europe can tear through a squad.

Scotland lost six players just two days before the semi-final. Scott McKenna, Liam Palmer, and Oliver Burke succumbed to injury but the trio of Stuart Armstrong, Kieran Tierney and Ryan Christie were all in self-isolation by the time the game came round.

So let's remember the two-metre rule, boys. Wash your hands and wear a mask - because who knows what might happen between now and 12 November?

Mind you, last month Scotland ended up playing - at best - a Czech Republic C team in the Nations League when a Covid outbreak affected their squad. So it could work both ways.

Let's face it, Scotland usually find a way to lose important games. After beating the Netherlands 1-0 at Hampden in a play-off for Euro 2004, they were thumped 6-0 in the return in Amsterdam.

Faced with the task of beating Italy for a spot at Euro 2008, they slipped to an agonising 2-1 defeat at Hampden.

Even for the last European Championship in 2016, a win in Slovenia would have secured a play-off - but Scotland threw away an early lead and ended up drawing 2-2.

Even teams of old who reached major tournaments with legendary names found new ways not to reach the knockout stages when more was expected.

It's basically in Scotland's DNA. Can this group really overturn the weight of history? 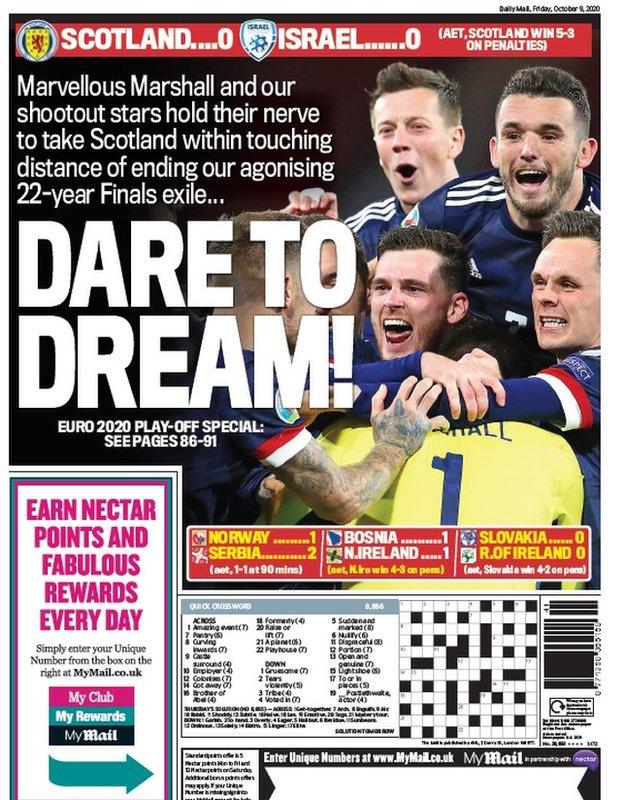 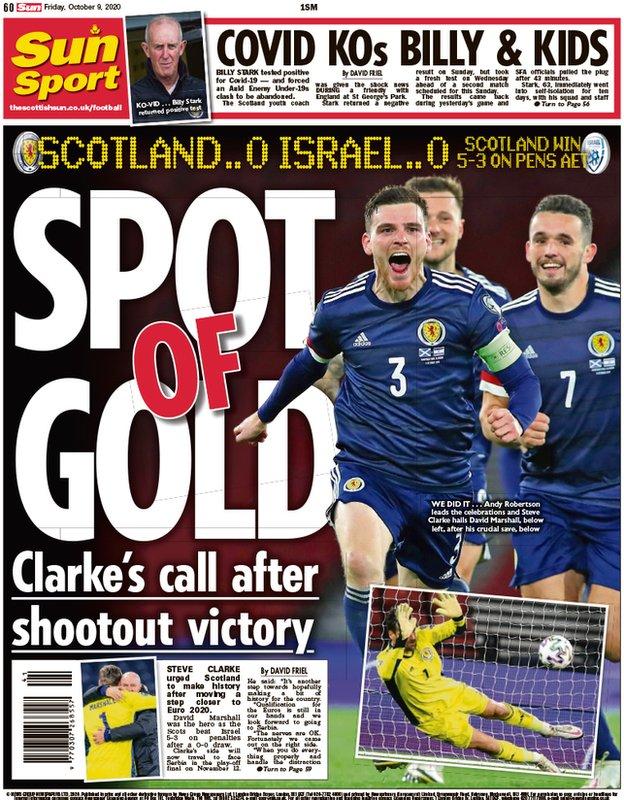