Four Scottish Premiership matches and a full Championship card will fill the void left by the postponement of the Scottish Cup third round.

Wednesday's called-off game between Livingston and Aberdeen, and the 3 March meeting of Celtic and St Mirren, will now be on 30 January.

So, too, will Dundee Utd v Hibernian and Kilmarnock v St Johnstone, both of which were due to be on 10 February.

Those were due to be played on Tuesday before being postponed to accommodate Scottish Cup ties.

However, the suspension of football below the top two tiers forced those - and the third round - to be called off with little more than 24 hours notice.

In addition, Aberdeen's meeting with Livingston, scheduled for 3 February, has been brought forward a day and will kick off at 18:00 GMT.

And there will be further Championship matches on 27 January, when Morton host Inverness Caledonian Thistle, and 3 February, when Inverness travel to Arbroath and Dunfermline Athletic welcome Raith Rovers. 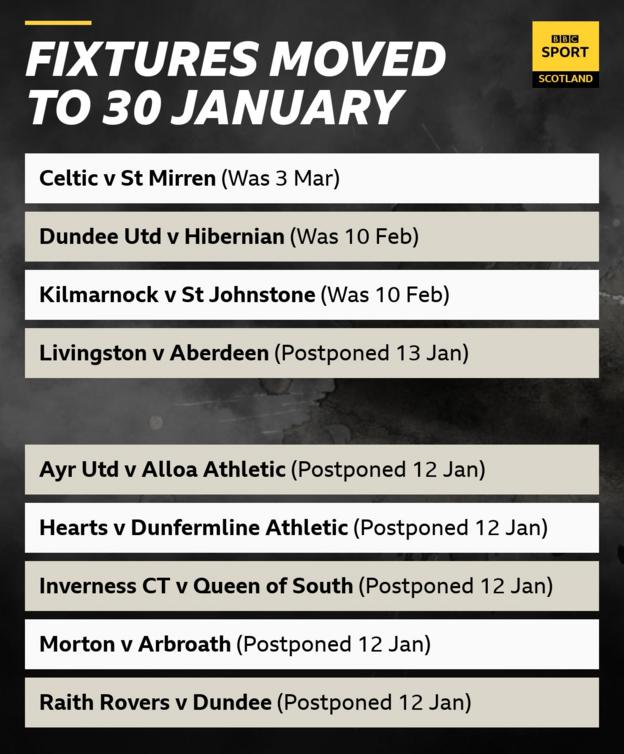