Southampton striker Che Adams, who has been capped by England's under-20 side, has agreed to represent Scotland. (Record)

Adams, who qualifies for Scotland through the grandparent rule, will be called up for this month's World Cup qualifiers. (Express, print edition)

There is doubt about whether Adams will be included in the Scotland squad to face Austria, Israel and Faroe Islands. (Mail Online)

Former Rangers right-back Alan Hutton has been impressed with teenager Patterson's maturity after breaking into the Ibrox first team in recent weeks. (Sun)

Former Aberdeen player Frank McDougall has urged the Pittodrie club to appoint a new manager now rather than wait until the summer. (Evening Express - subscription required)

Duncan Shearer believes his former Aberdeen team-mate Stephen Glass would be a brave appointment as Pittodrie boss, but one he would welcome. (Press and Journal - subscription required) 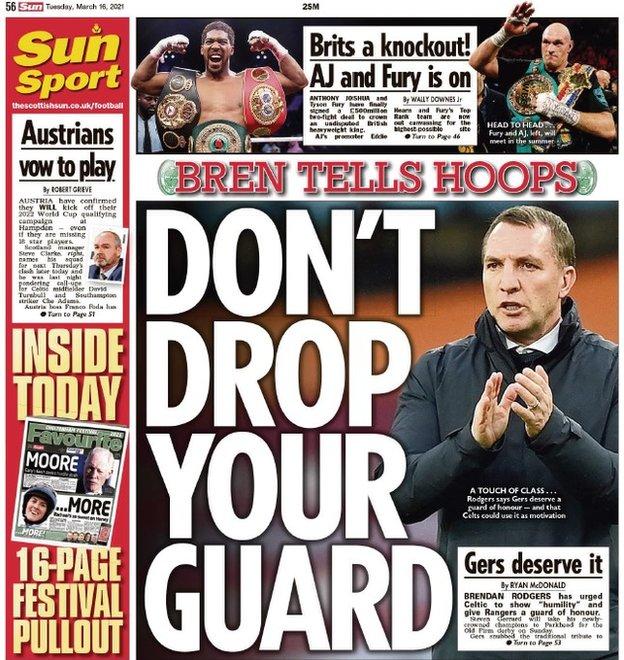 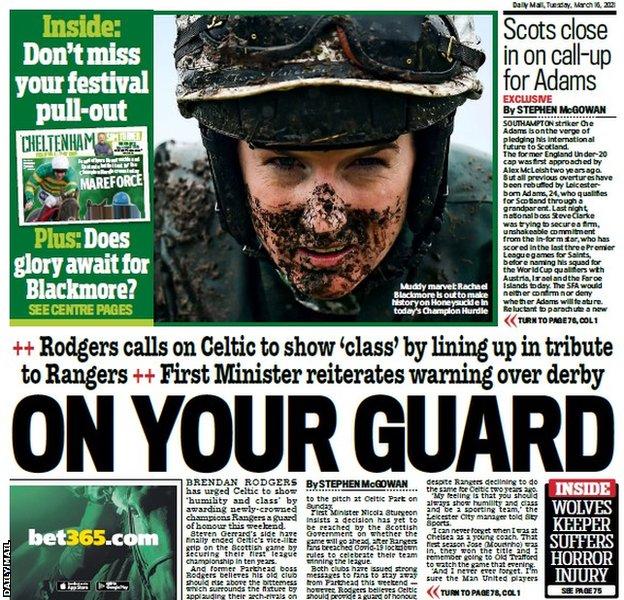 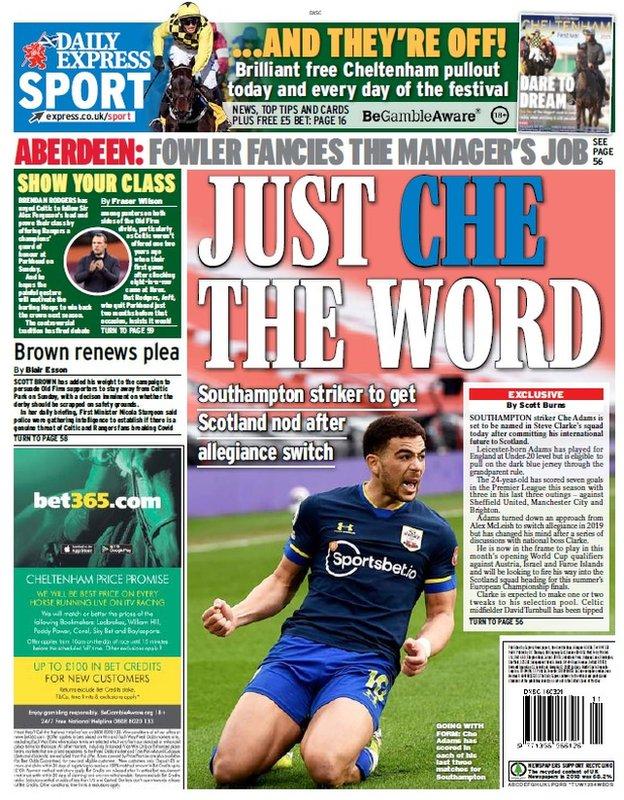 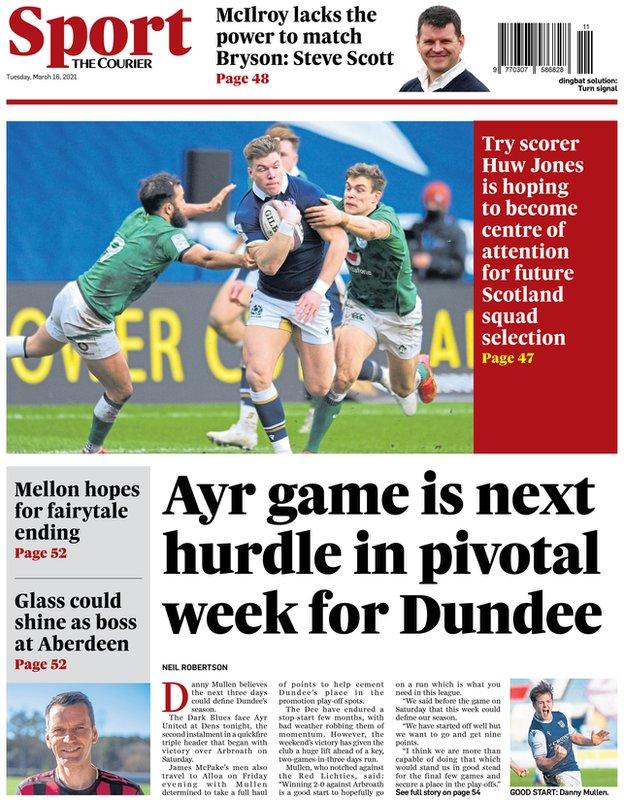