Aberdeen remain keen on Scotland centre-half Declan Gallagher despite the departure of manager Derek McInnes but are aware that Cardiff City, Dundee United and Heart of Midlothian are also keen on the 30-year-old who is out of contract with Motherwell this summer. (Daily Express via Daily Record)

Celtic are in talks with Mechelen about a permanent move to the Belgian club for Marian Shved after the 23-year-old winger impressed on loan, with the Glasgow club having dropped their initial £3m price tag. (Daily Record, print edition)

Oostende have opened talks with Jack Hendry about a permanent switch to the Belgian club after the Celtic defender was recalled to the Scotland squad having impressed on loan, a deal that includes an option to buy the 25-year-old that they are keen to take up. (Daily Record)

Hibernian goalkeeper Ofir Marciano wants to leave Easter Road on a high after the Israel international admitted he is taking a gamble by refusing a new contract after five years with the Scottish Premiership club as he looks to "maximise my opportunities". (Edinburgh Evening News)

Hibernian midfielder Jackson Irvine will sit down with the club within the next few days to size up whether he has a future with the club, with head coach Jack Ross seeking clarity over the 28-year-old's intentions when his short-term contract ends in the summer. (The Scotsman)

Old Firm fans have been warned by Police Scotland to stay away from Celtic Park for the Glasgow derby between Celtic and Rangers on Sunday or they will be jailed. (Scottish Sun)

Celtic midfielder David Turnbull admits it hurt to miss out on the latest Scotland squad but is determined to prove to head coach Steve Clarke he is worth a place at this season's Euro 2020 finals. (BT Sport)

Scotland head coach Steve Clarke has had a heart-to-heart with Lawrence Shankland after the Dundee United striker was left out of the latest national squad and told the 25-year-old the door is still open for him to be recalled ahead of the Euro 2020 finals. (Daily Record)

Motherwell manager Graham Alexander says it is only a matter of time before Liam Kelly becomes a regular in the Scotland squad despite the on-loan Queens Park Rangers goalkeeper missing out on Steve Clarke's selection for next week's World Cup qualifiers. (The Herald)

Former Scotland manager Gordon Strachan says the national stadium at Hampden Park has had its day and that big international games should be taken to Celtic Park or Rangers' Ibrox Stadium. (The National) 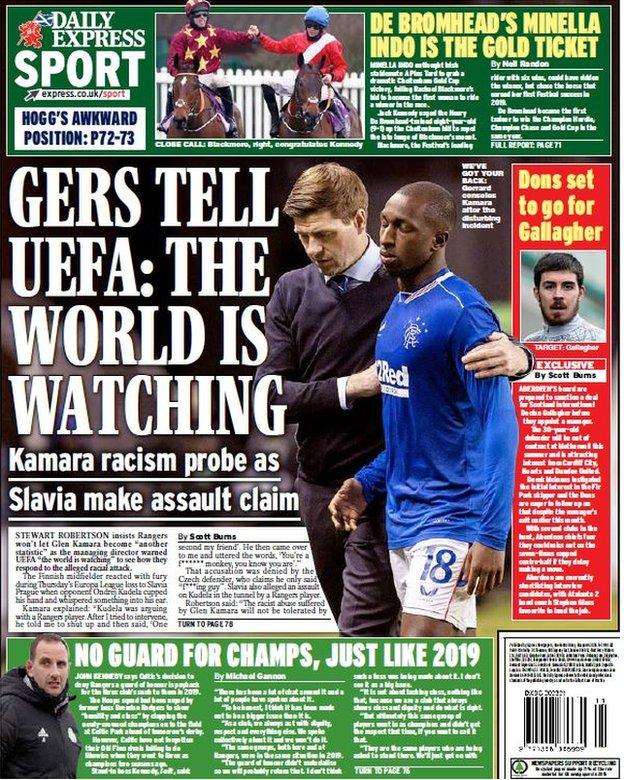 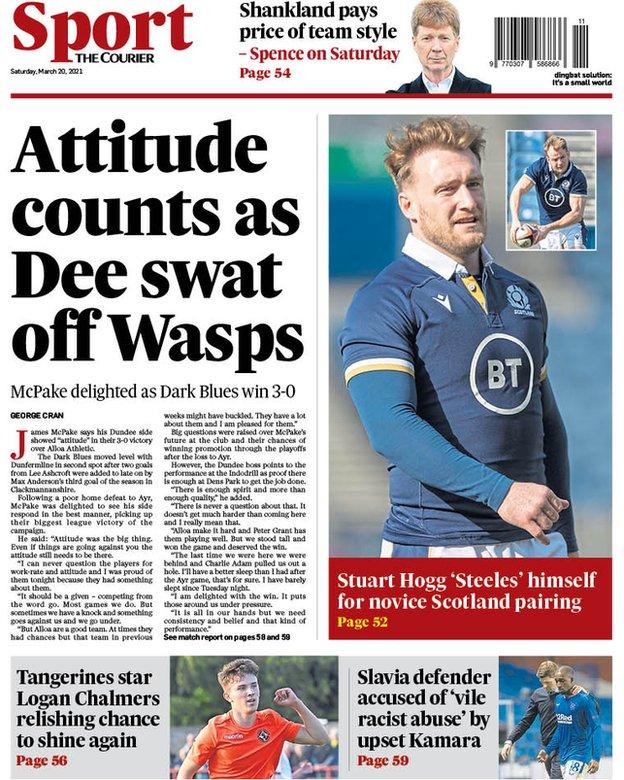 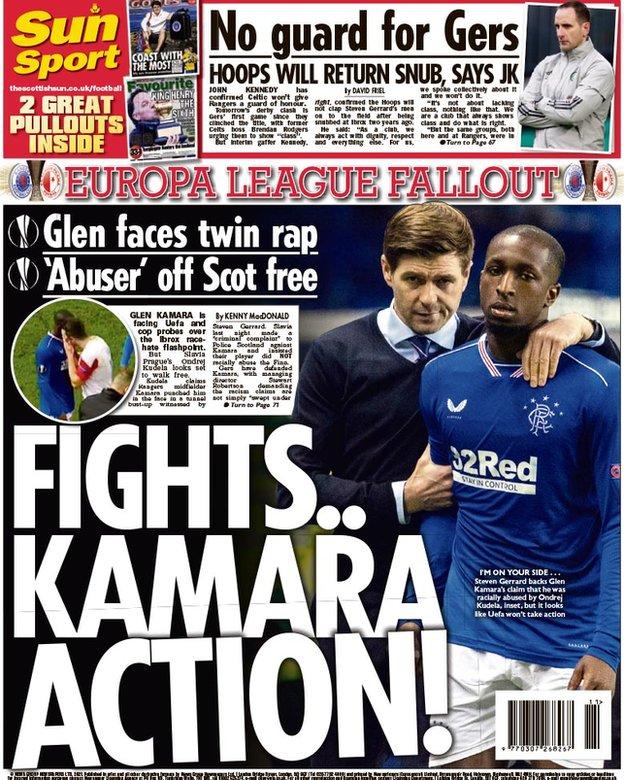 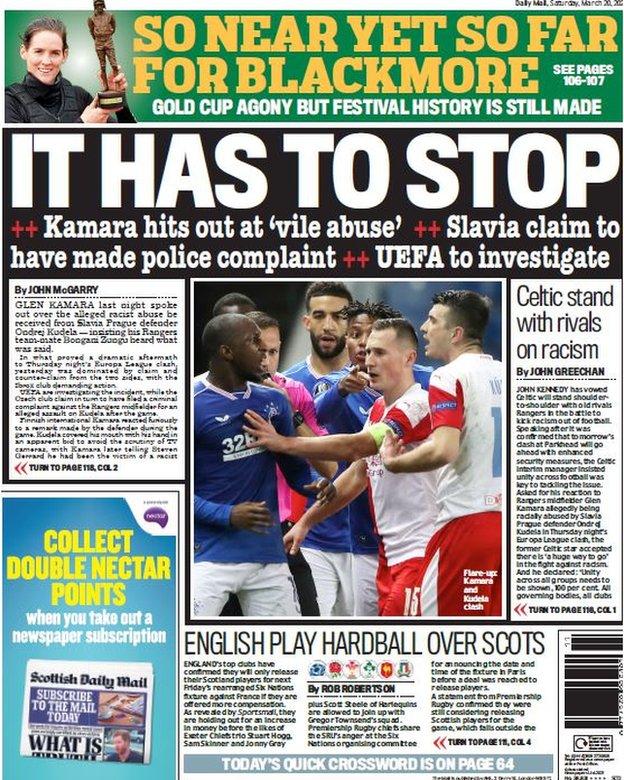