It's so far, so good in England's 2022 World Cup qualifying campaign - but next comes arguably their biggest test.

Gareth Southgate's men host Poland on Wednesday (19:45 BST), with comfortable wins against San Marino and Albania behind them.

We asked you to pick the side you feel is best equipped to win the game and you have responded with a more attacking line-up than Southgate has opted for so far in this international break.

Kalvin Phillips is out, leaving Declan Rice as the sole defensive player in a midfield three that also includes Mason Mount and Phil Foden.

In attack, Jesse Lingard is rewarded for his fine recent form with a start, alongside your most resounding pick Harry Kane (selected in 94% of teams) and Raheem Sterling.

And what about the back five? Well, Nick Pope is your number one, with a Manchester-based back-line of Kyle Walker, John Stones, Harry Maguire and Luke Shaw.

Chelsea's Mount was the second most selected player, featuring in 91% of teams, with Manchester City centre-back John Stones (89%) third.

Here is the team in full... 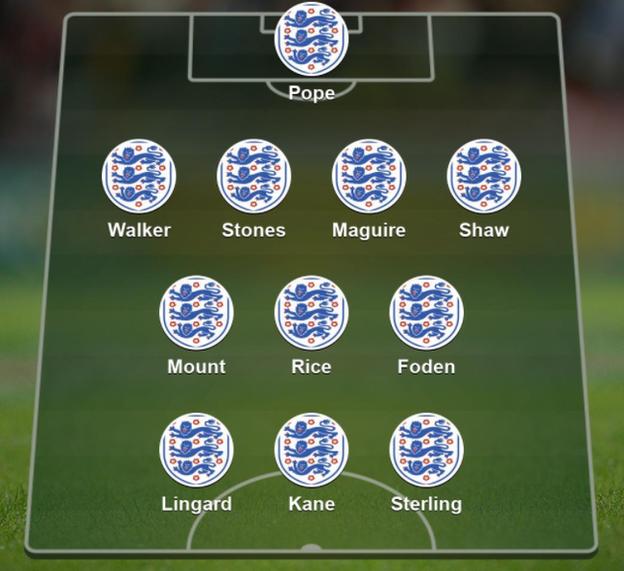 You can still pick your side using the selector tool below but submissions will no longer count to the final team.

Select your England XI to face Poland below.